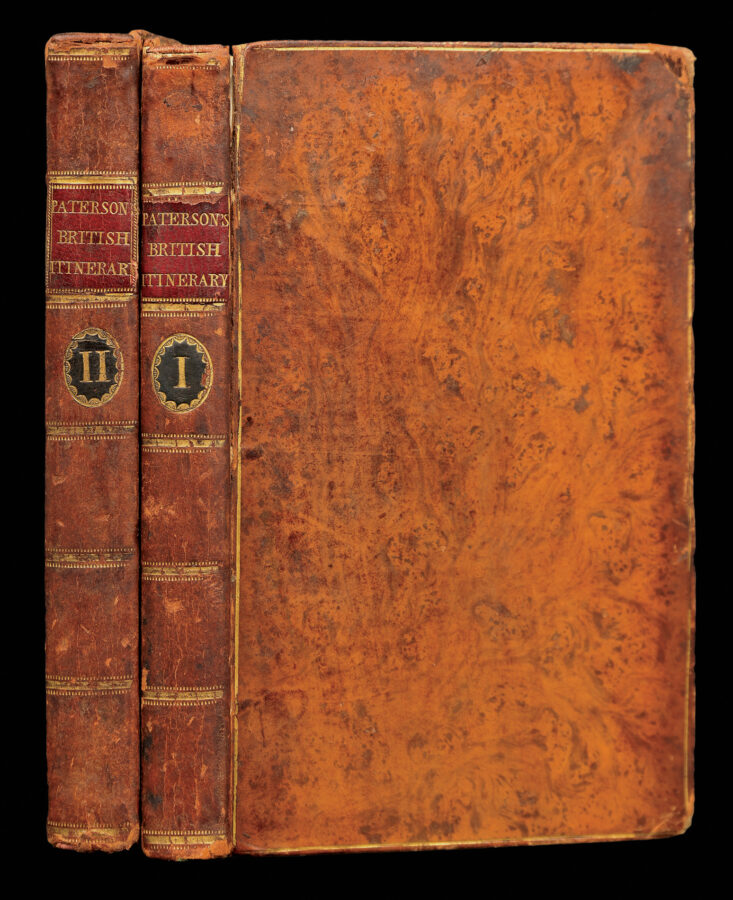 The new work was advertised in the London Gazette, for the year 1785:

​“This day is published, Dedicated by Permission, to His Majesty. In Two Pocket Volumes, Price-Two Guineas, bound,
Paterson’s British Itinerary; being a new and accurate Delineation and Description of the Direct and Principal Cross Roads of Great Britain, By Captain Daniel Paterson, Assistant to the Quarter-Master-General of His Majesty’s
Forces. Printed for the Proprietor Carrington Bowles, No. 69, St. Paulas Church Yard, London. This is an entire new Work, consisting of 360 Columns of Copper Plates, besides Letter Press, &c. Each Column comprehends about Eighteen Miles in Length, and near Five of the circumjacent Country in Width ; exhibiting, amongst other Particulars which occur therein, all the Seats of the Nobility and Gentry, with their Names and present Proprietors.” 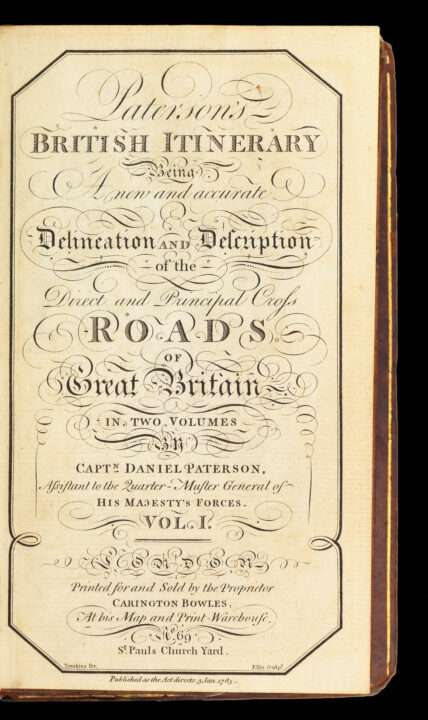 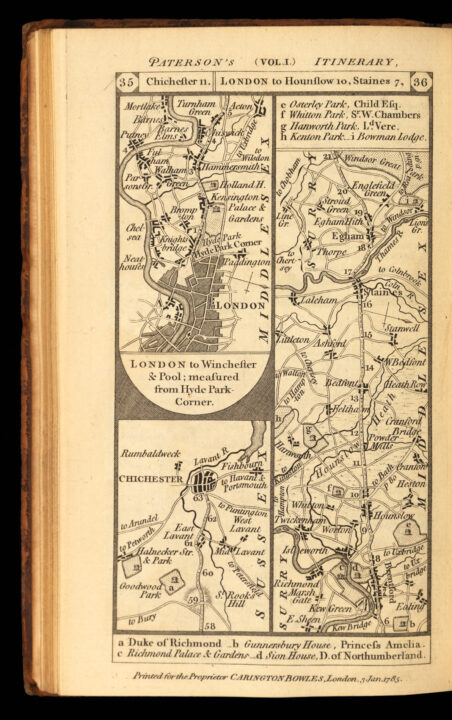 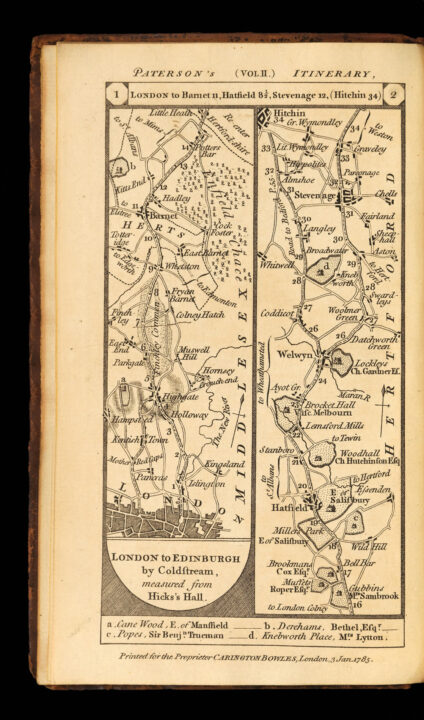