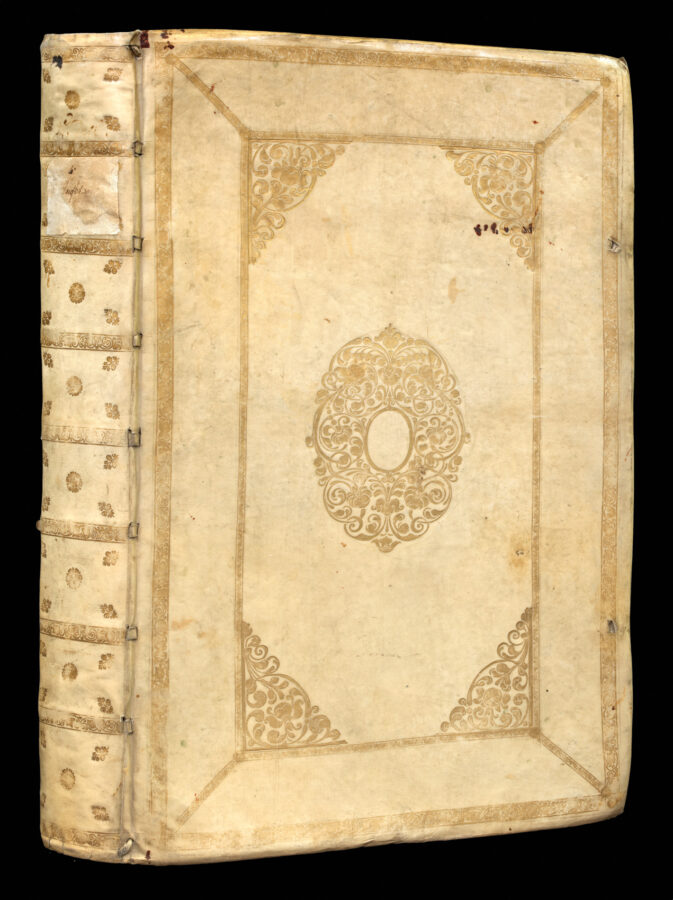 Fine example of Blaeu’s atlas of England and Wales.

Blaeu’s English Atlas was first published in 1645 as the fourth volume of his ​‘Atlas Novus’. The work contained 58 maps of English and Welsh counties, which had been derived in main from John Speed’s ​‘Theatre’, first published in 1611, with the text based upon Camden’s ​‘Britannia’, of 1607. 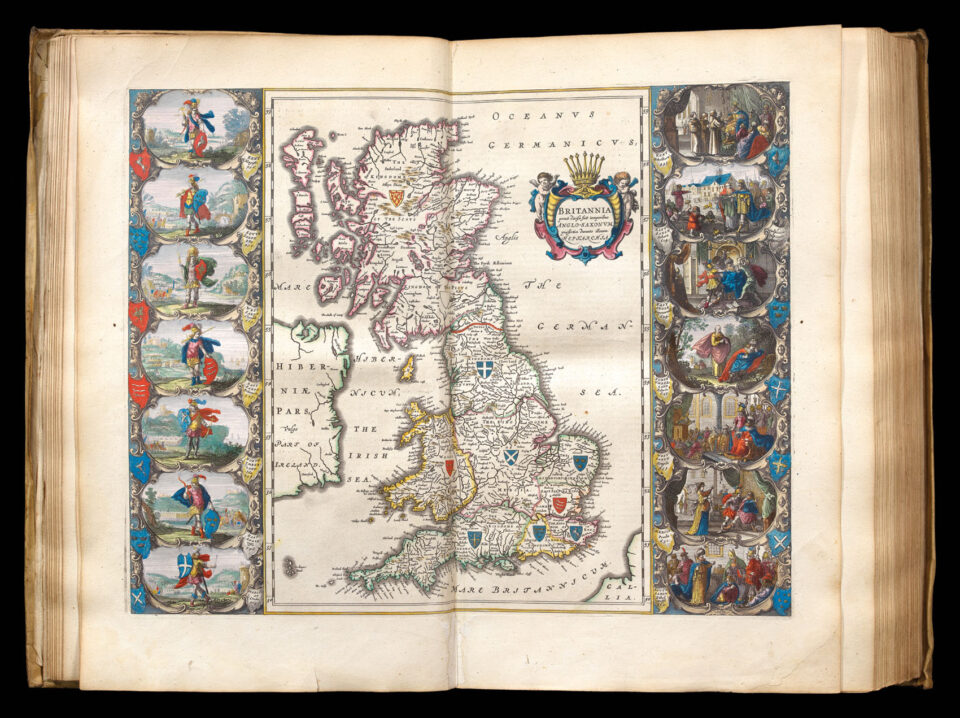 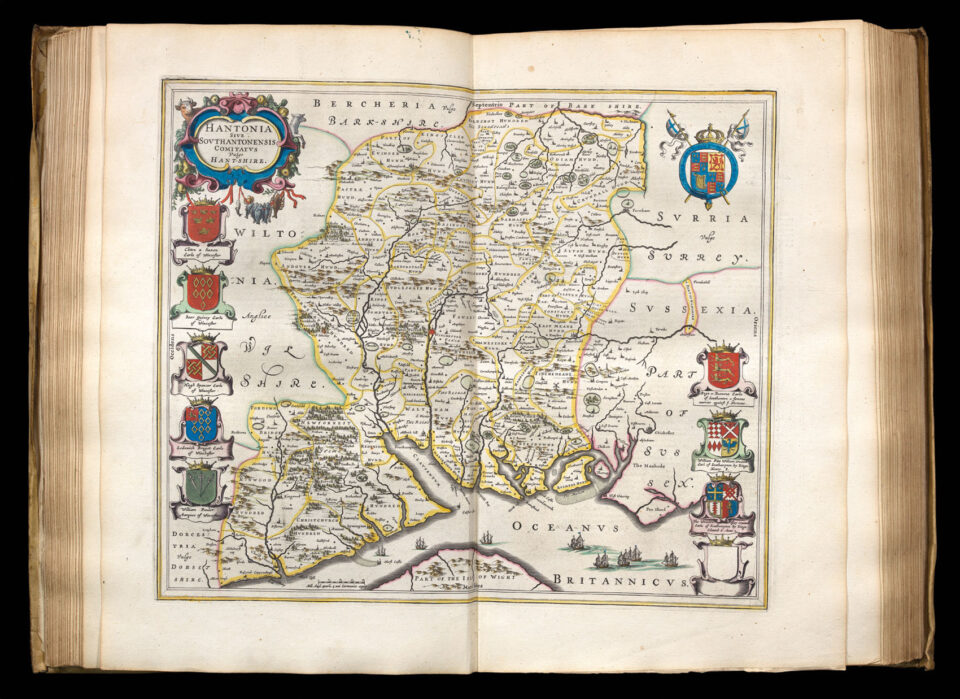 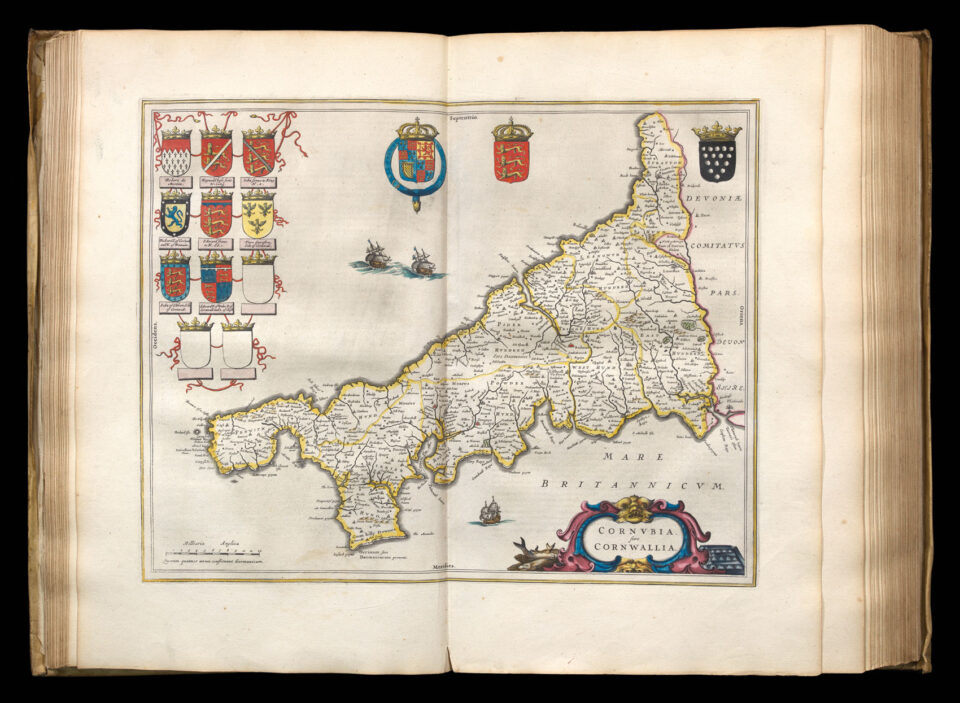