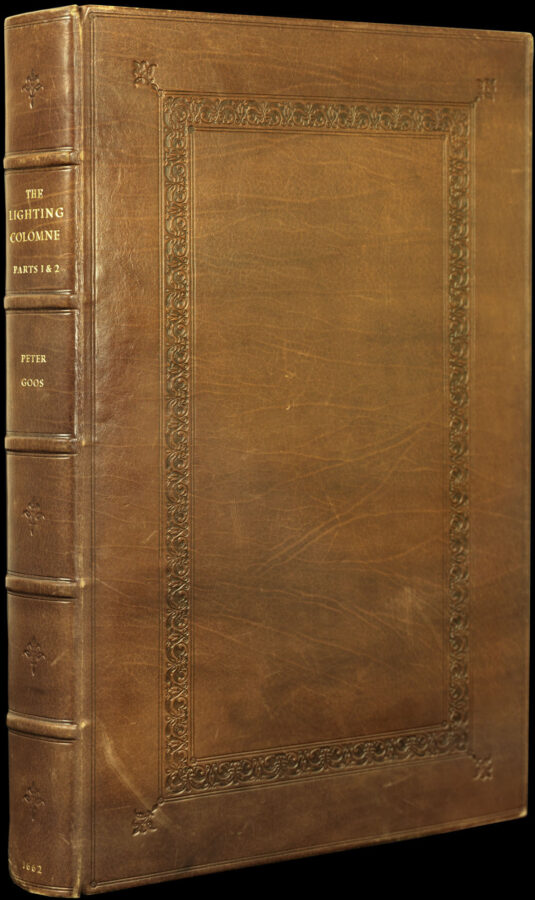 The Lighting Colomne or Sea-Mirrour, containing the sea-coasts of the Northern, Eastern and Western Navigation …

The rare English edition of Pieter Goos’ 1662 work ​‘The Lighting Colomne’, a detailed pilot-book covering the north and western coasts of Europe. Goos (1616–1675) was one of the leading engravers of the age, producing work for everyone from the house of Visscher to John Speed: his father, Abraham, worked with Henricus Hondius. After the success of both Willem Blaeu and Jacob Colom’s pilot-books in the early seventeenth century, a host of imitators appeared, which mainly reworked the information available in existing books. Like many of his contemporaries, Goos bought, borrowed, and copied from his colleagues, and neither the texts nor the charts in his atlas are a product of his work. He obtained the plates of the charts in or shortly after 1650 from Theunis (Anthonie) Jacobsz or his sons. They were, for the greater part, altered in both size and imprint, and the text borrowed heavily from Jacobsz’ ​‘Zeespieghel’ of 1644. Goos would go on to print one of the first pilot-books to cover coasts outside Europe: Arent Roggeveen’s ​‘Het Brandende Veen’.

Following pilot guide convention, the work opens with a treatise on the art of navigation and then goes on to detail northern and eastern navigational routes (the Dutch coast, through Scandinavia to the White Sea and Archangel) and the western navigation (from the Netherlands to the Barbary Coast via the Atlantic Coast). 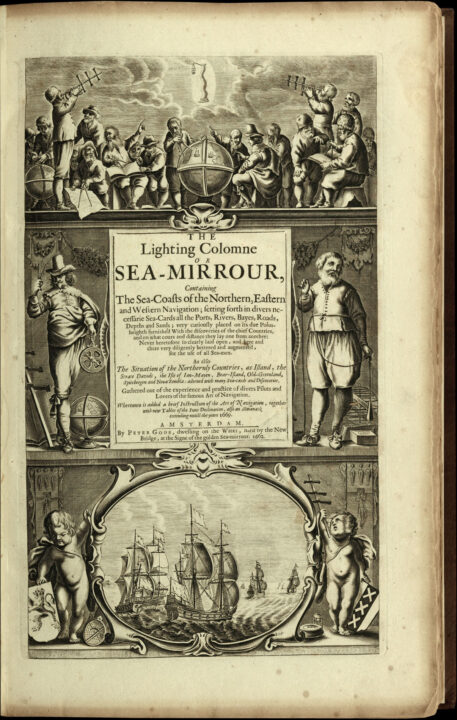 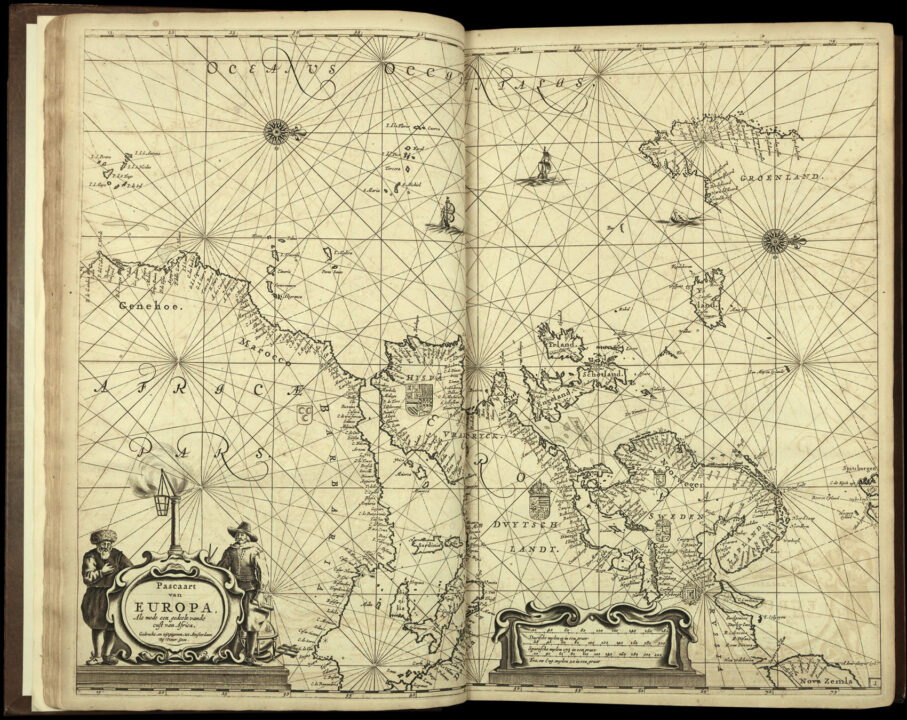