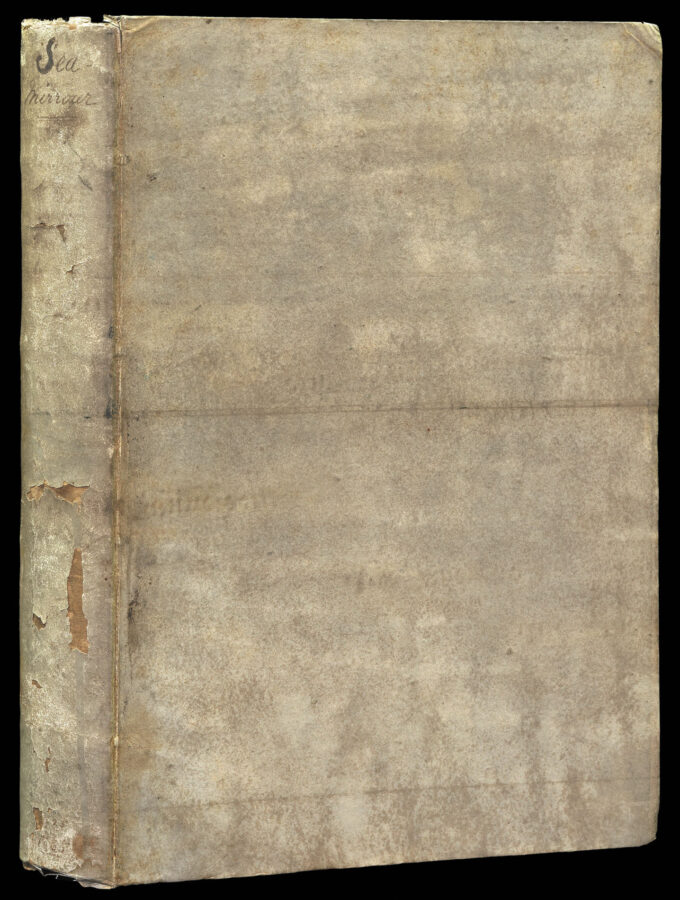 Sea Mirrour Containing a Briefe Instruction in the art of Navigation; and a Description of the Seas and Coasts of the Easterne, Northerne, and Westerne Navigation… Translated out of the Dutch into English, By Richard Hymers.

This is the second known English edition of Blaeu’s ​‘Zeespiegel’, the charts being the same as those in the Dutch edition of 1623.

The ​‘Zeespeigel’ was the second of Blaeu’s great pilot guides: the first, ​‘Het Licht der Zeevaert’, was published in various editions and languages between 1608 and 1630. Blaeu’s copyright to this work appears to have run out in 1618, and from 1620 Johannes Janssonius was publishing his own counterfeit versions. Blaeu responded to this threat from his rival by publishing the present work in 1623. The new work covered much the same geographical area, i.e. the northern, eastern (the Netherlands to the White Sea) and western (the Netherlands to the Barbary Coast) navigations, however on a much larger scale and with more than twice the number of charts (109 compared to the Zeevaert’s 42). 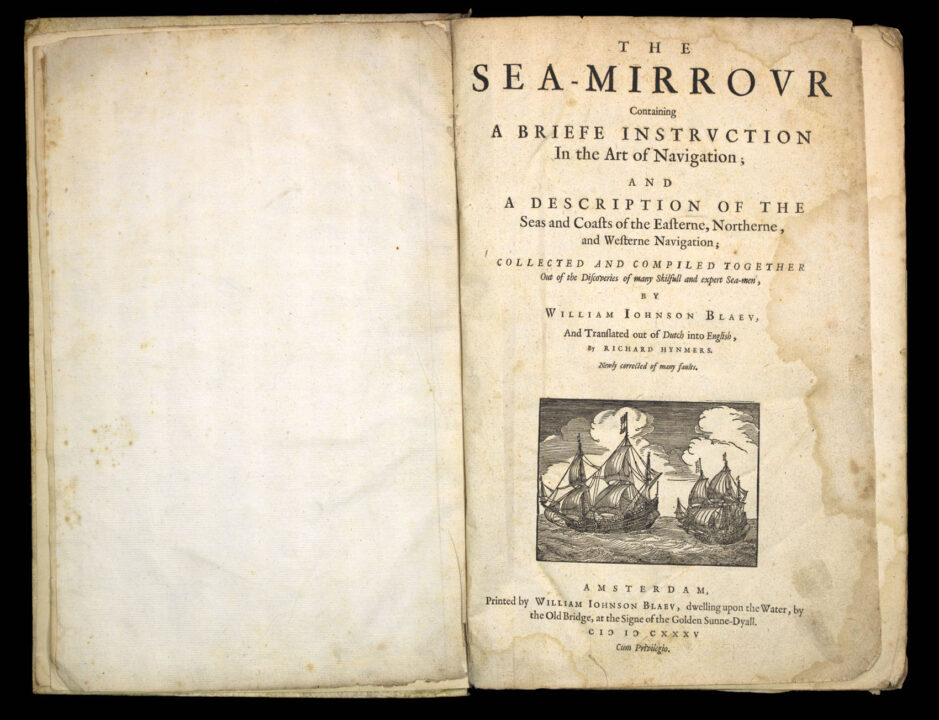 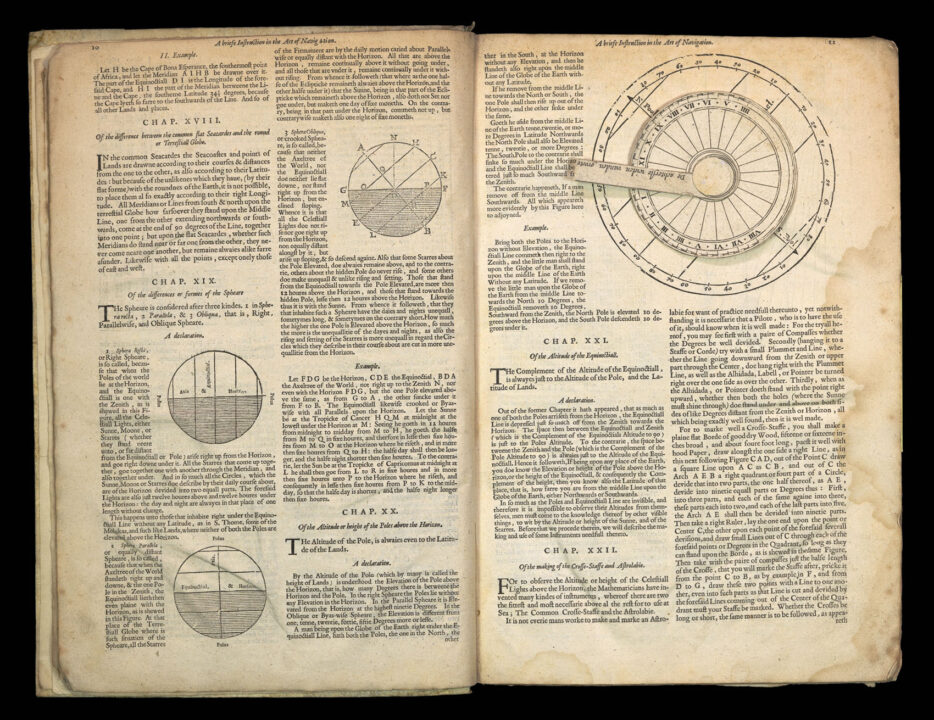 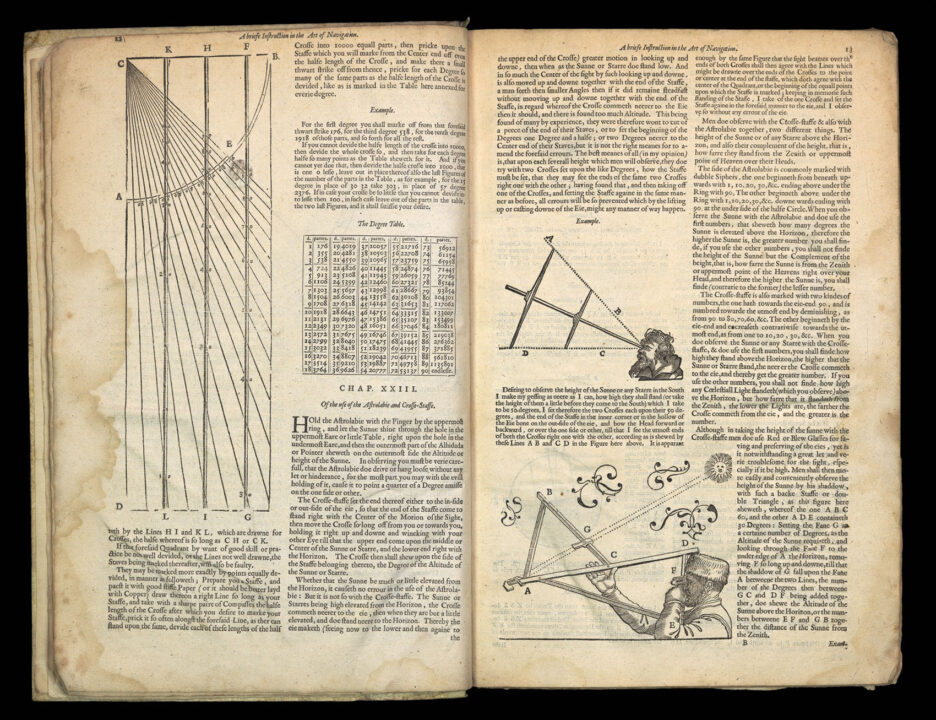 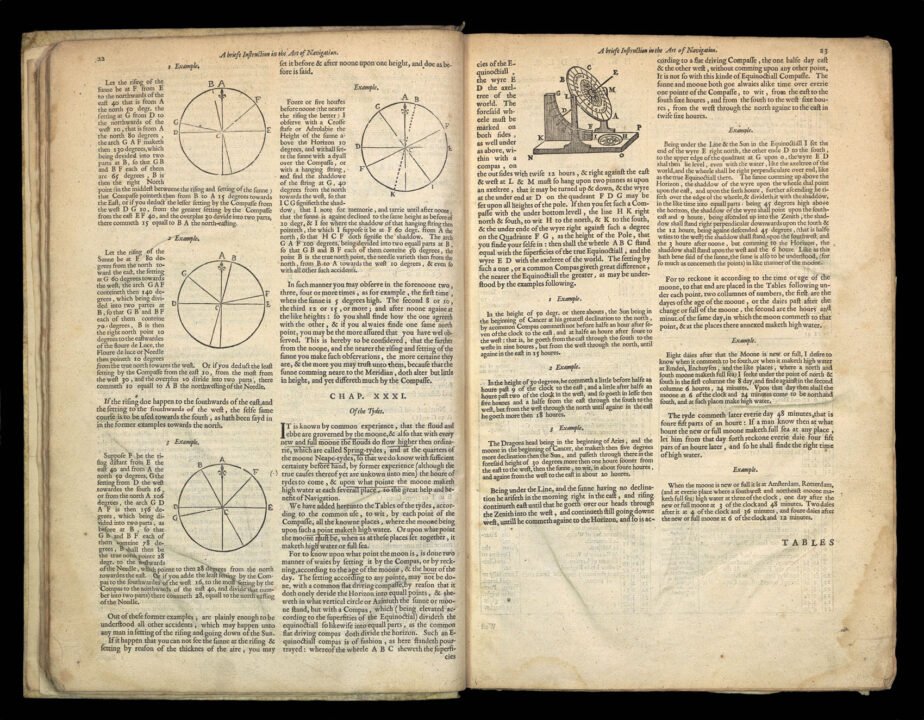 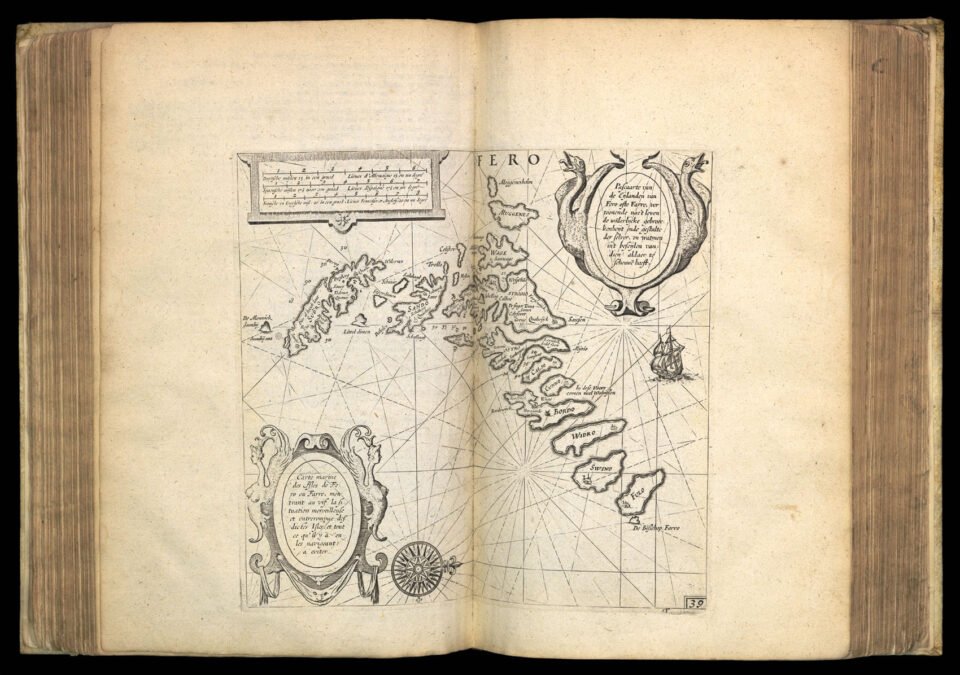 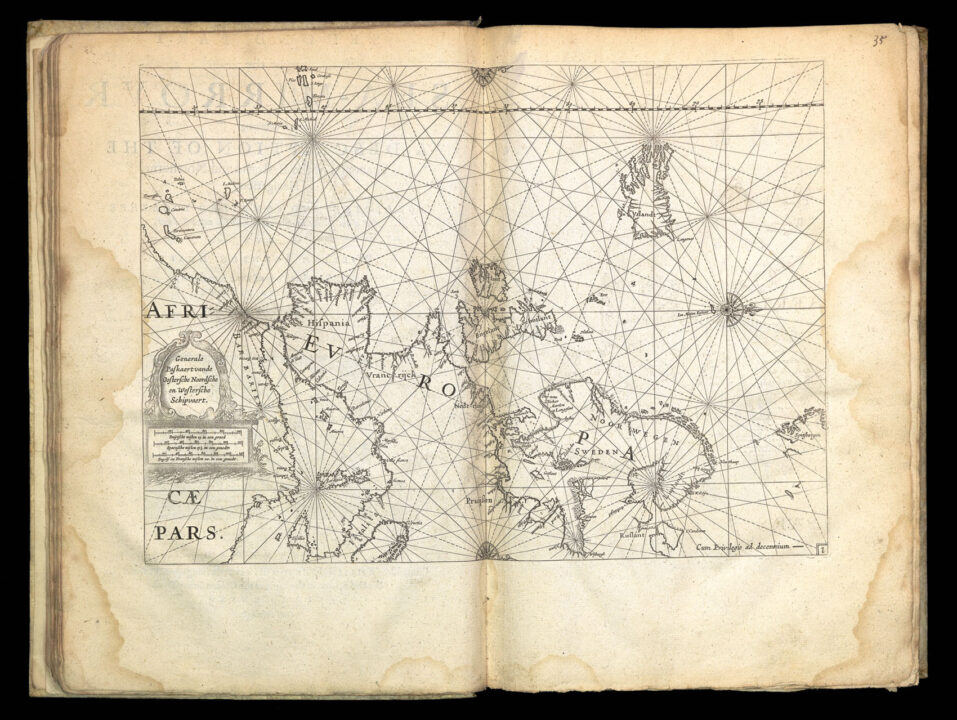 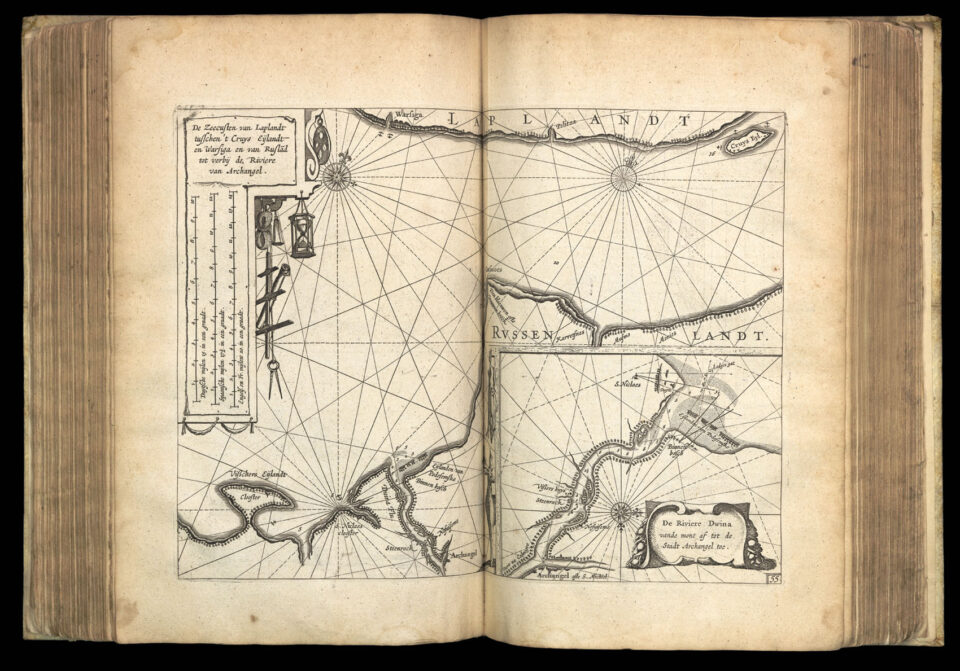 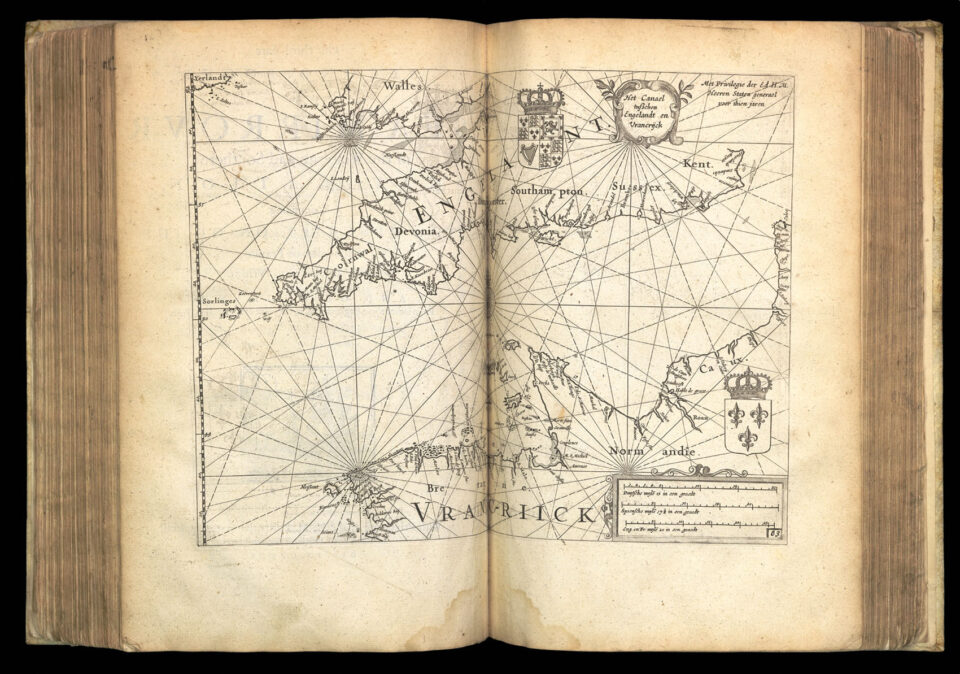