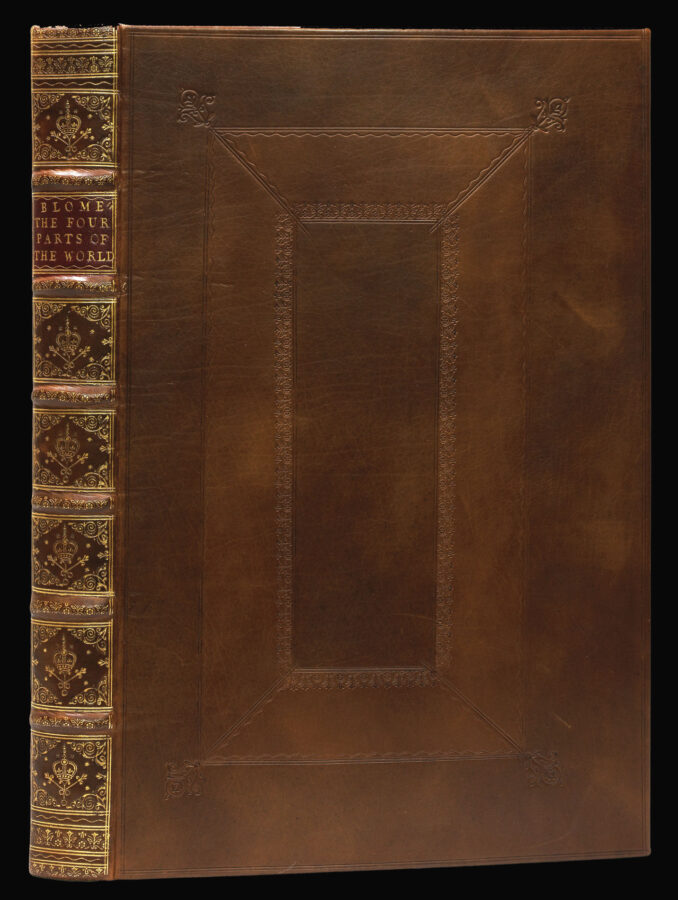 A Geographical Description of the Four Parts of the World.

First edition, the date on title-page altered in manuscript to read 1672 instead of 1670, and an attractive copy of a rare and beautiful atlas, based on the works of French cartographer Nicholas Sanson. Inscribed by Blome beneath a fine coat-of-arms: ​“To the Right Hon.ble Heneago Finch Baron Finch of Daventry & Lord Keeper of the Great Seale of England &c. This volume of Geography is humbly Presented by My Lord Ye Hon.rs most humble servant Richard Blome.”

The coat of arms was probably painted by Blome, as he began his career as an heraldic painter. With John Ogilby he is credited with inaugurating a new period of activity in English cartography, if not geography. S. Mendyk described him as ​“an opportunistic, businesslike cultivator of both patronage and the mapmaker’s art” (DNB).

With a rare royal decree in the form of a broadside bound in immediately after the front free endpaper, in which, the King (Charles II) forbids his subjects to reprint or reproduce in any form the contents of the atlas. The decree is dated 14 March 1668/9 and predates a royal decree of assistance found on the verso of the letterpress dedication leaf, which is dated 10 July 1669. In addition to the world map, which shows California as an island, there are two maps of the American continent: ​“A New Mapp of America Septentrionale”, and ​“A New Mapp of America Meridionale”.


Frontispiece gouache coat-of-arms with manuscript dedication to Heneage Finch (1621–1682), 1st Earl of Nottingham, Baron of Daventry and Lord Keeper of the Great Seal of England, signed by Blome. 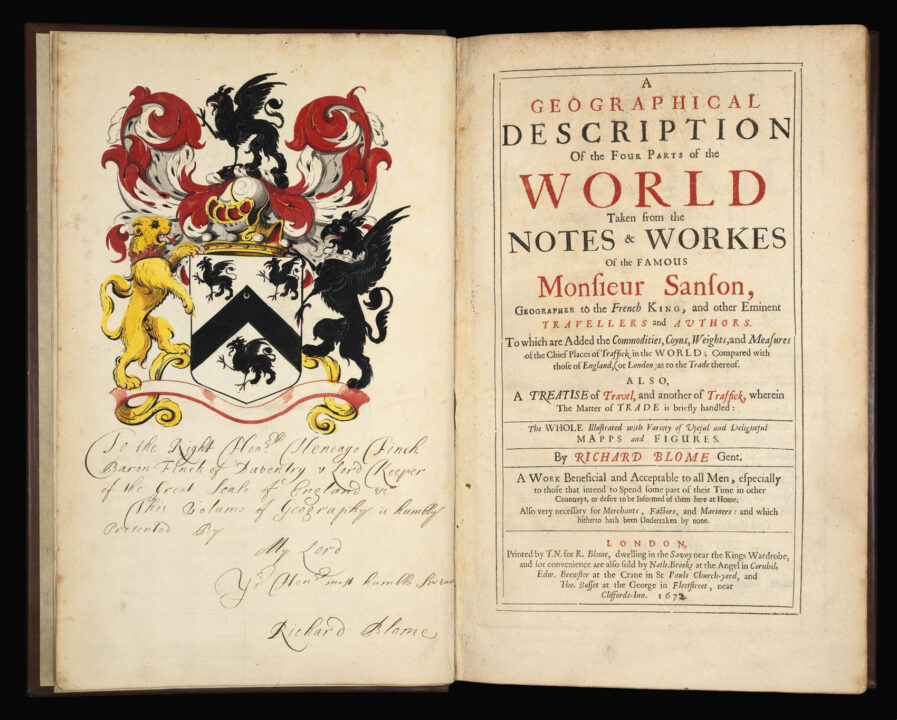 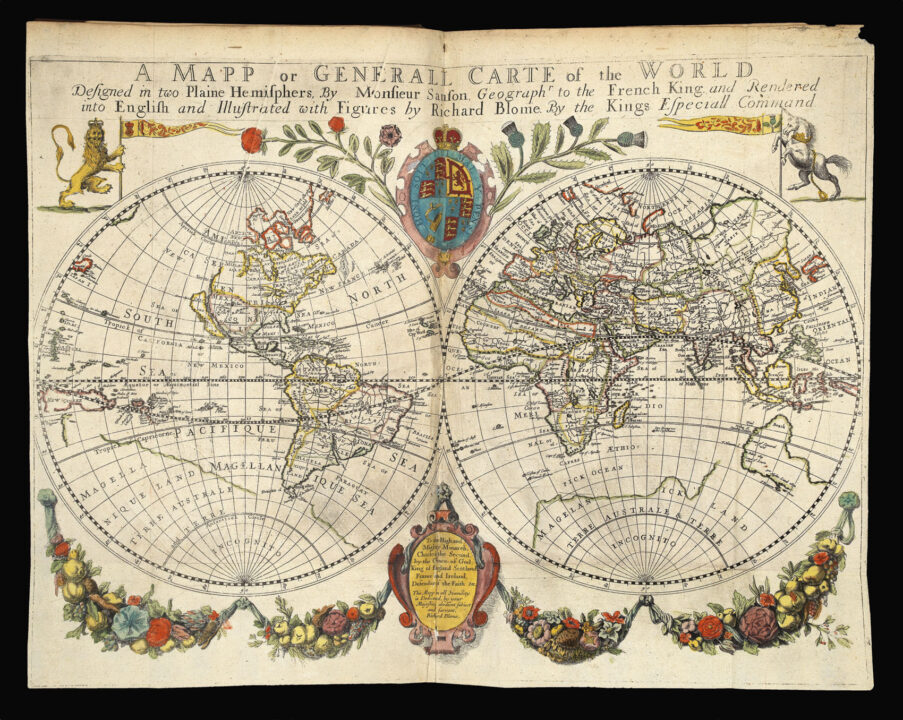 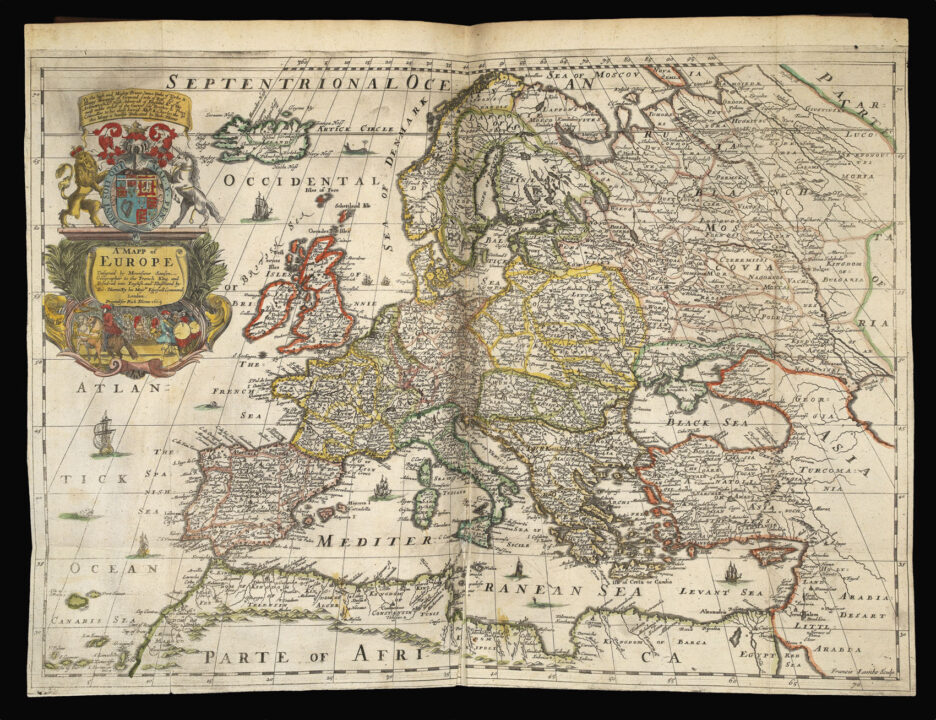 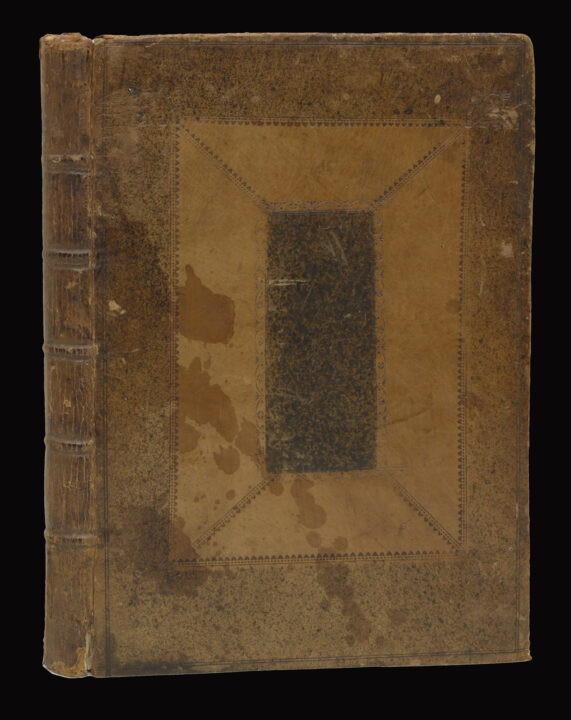 Richard Blome 1717
England Exactly Described Or a Guide to Travellers…