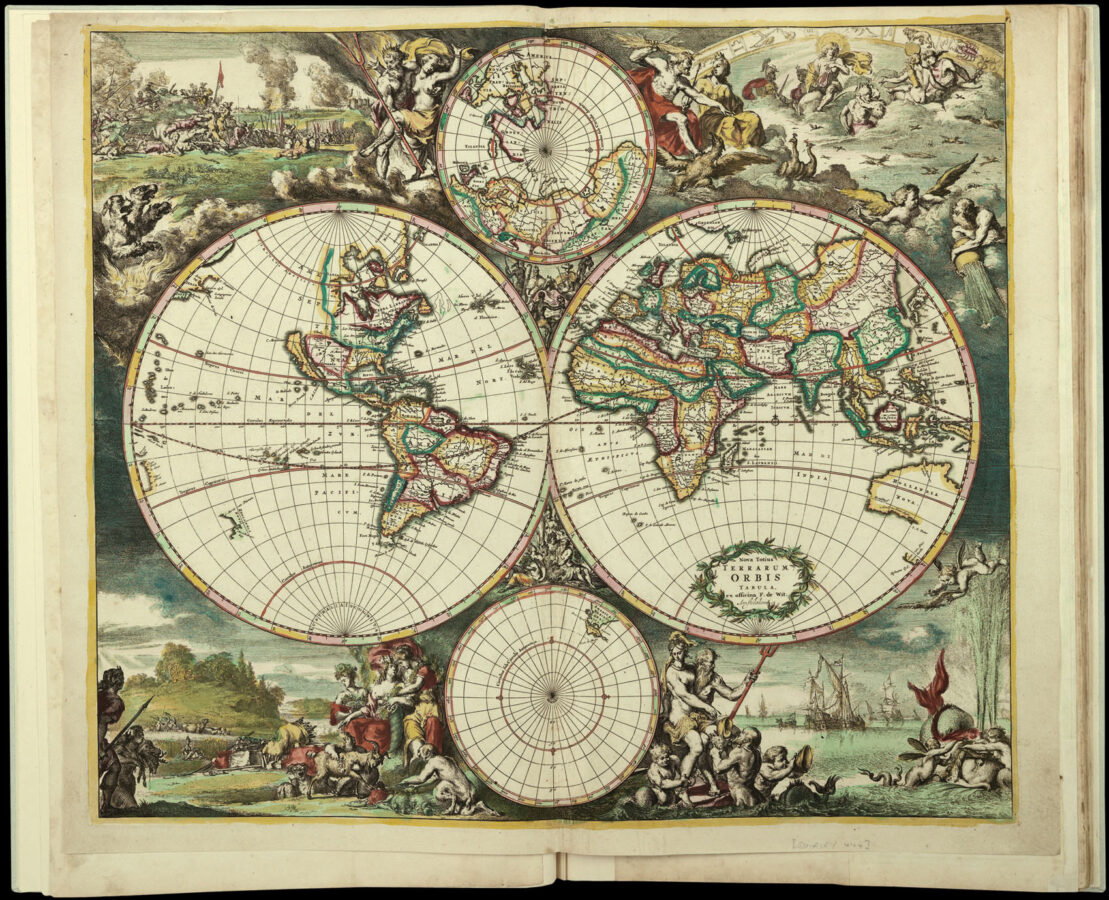 This set of 27 finely-wrought charts were first published by De Wit as the ​‘Orbis Maritimus ofte Zee-Atlas’ in 1675, and, after 1680, were often issued bound together with his atlas of geographical maps. In the latter case the charts were listed on a printed index, together with the geographical maps, as is the case in the present atlas. It would appear that this is a particularly early issue of the charts, as many are present in their early states.

The atlas contains one of the most decorative world maps of the seventeenth century. The map bears the signature of the Dutch engraver and artist Romeyn de Hooghe, who would later be responsible for the nine beautiful baroque charts that made up the ​‘Cartes marines a … Roy de la Grande Bretagne’. To the borders de Hooghe etched ​“large and lively scenes allegorically representing the four elements. Fire is shown by war and destruction; air by the heavens; earth by harvesting and husbandry; and water by ships and a spouting whale” (Shirley). 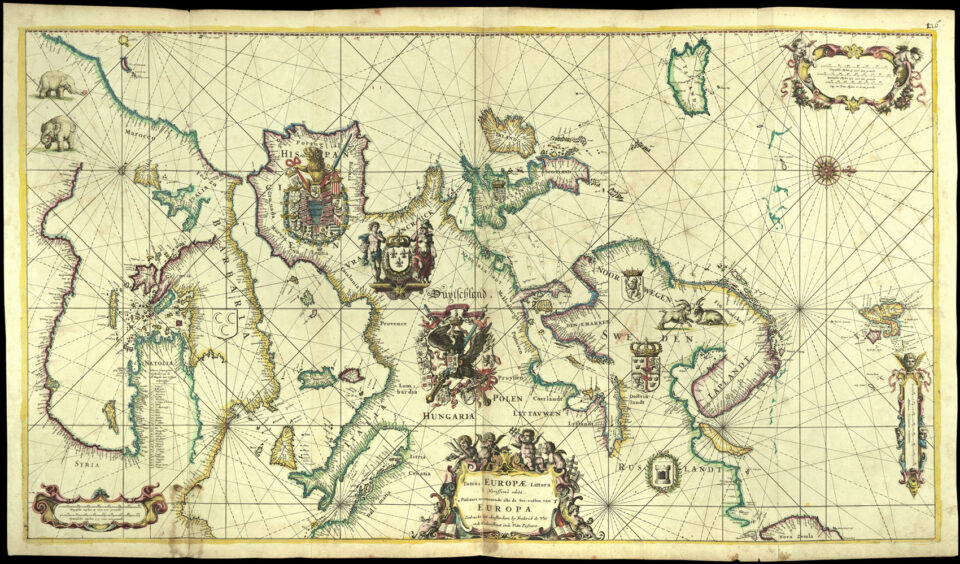 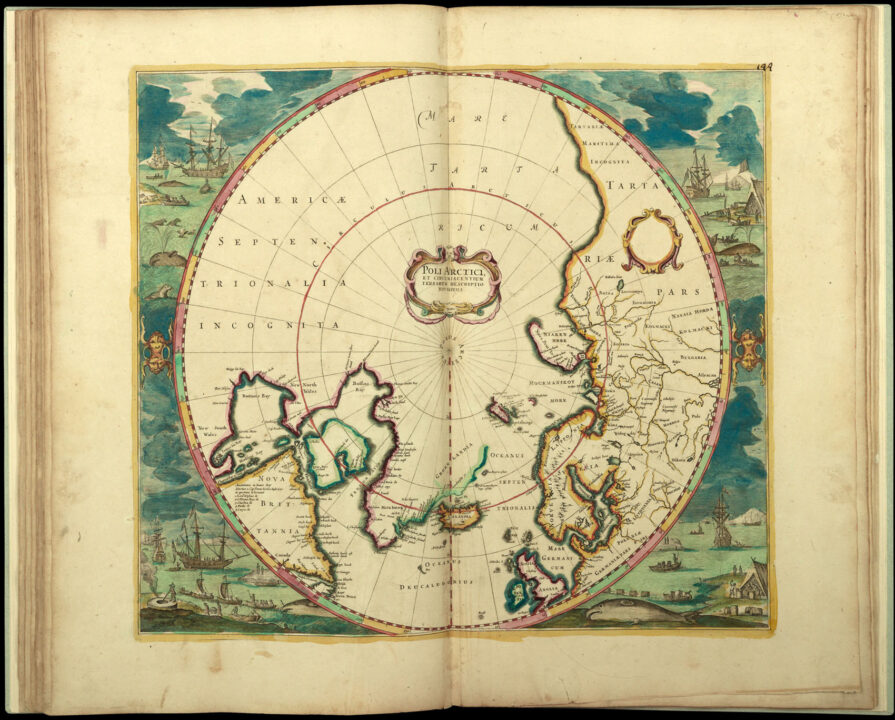