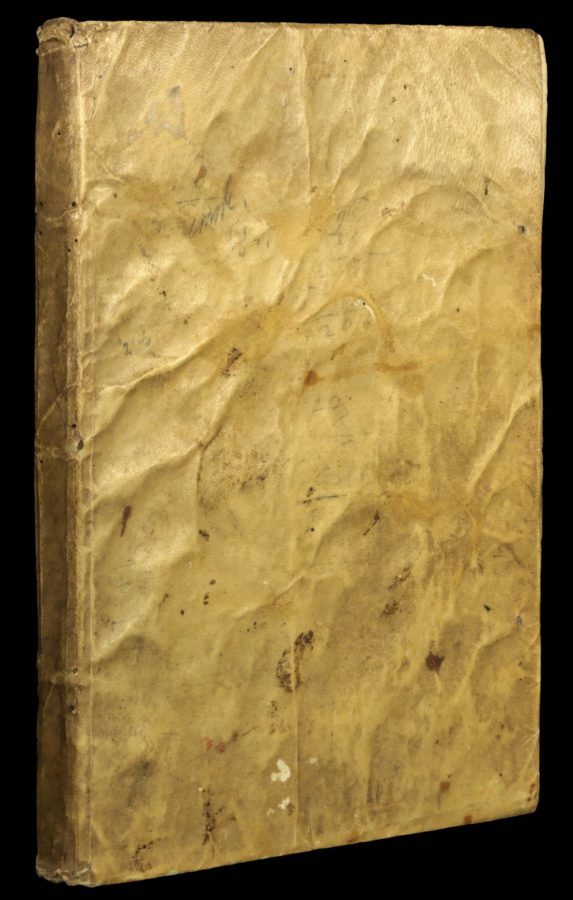 The rare second and, from an Americanist point of view, the most desirable edition of the ​‘Isolario’ as it contains for the first time the ​“gionta del Monte del Oro novamente ritrovato” mentioned on the title-page, the earliest authentic description of Pizzaro’s entry into Peru to appear in a printed book. A highly unusual copy for being finished in contemporary hand-colour; an infrequent occurrence among sixteenth-century Italian books.

Divided into three books, the ​‘Isolario’ is devoted, respectively, to the ​“islands and peninsulas” of the western ocean, to the Mediterranean, and to islands of the Indian Ocean and the Far East. While this order corresponds very roughly to that of Ptolemy, it gives conspicuous priority to the discoveries across the Atlantic. In addition to a page of diagrams illustrating the construction of a circular world map and wind roses of ​“ancient” and ​“modern type”, there are three general maps: Europe, the Aegean, and an oval world map. The work also contains 107 small maps, plans, or views, including a nearly three-quarter page plan of Mexico City before the conquest of Cortez – which qualifies because it is an island. According to Cortazzi, the ​‘Isolario’ also contains the earliest European printed individual map of Japan.

Once the property of the renowned historian and scholar of Italian cartography Roberto Almagia, whose exlibris is on the front pastedown. 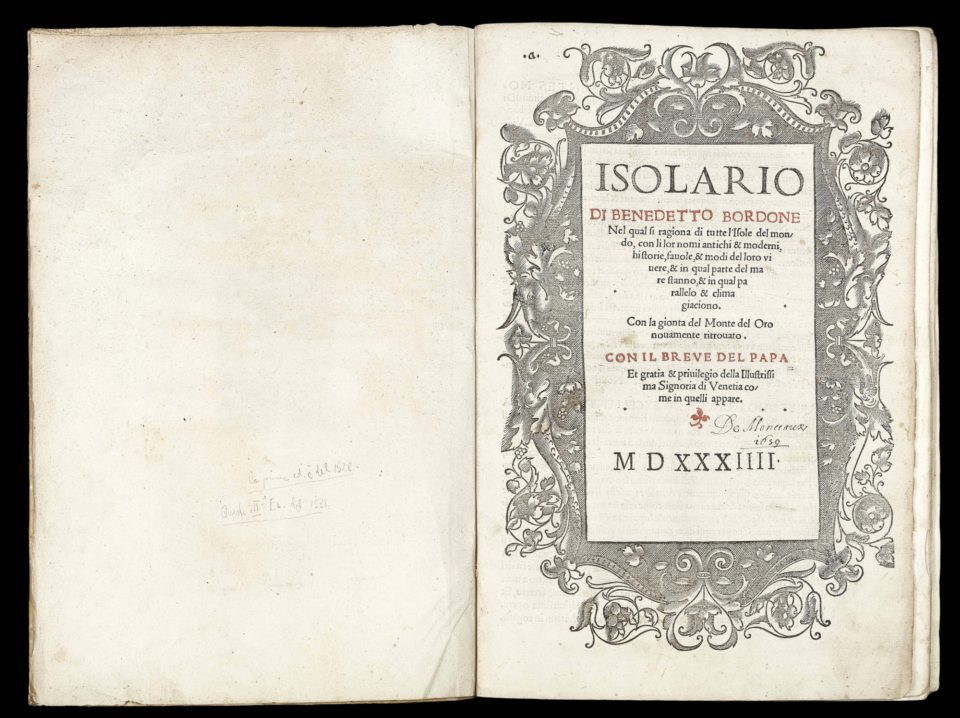 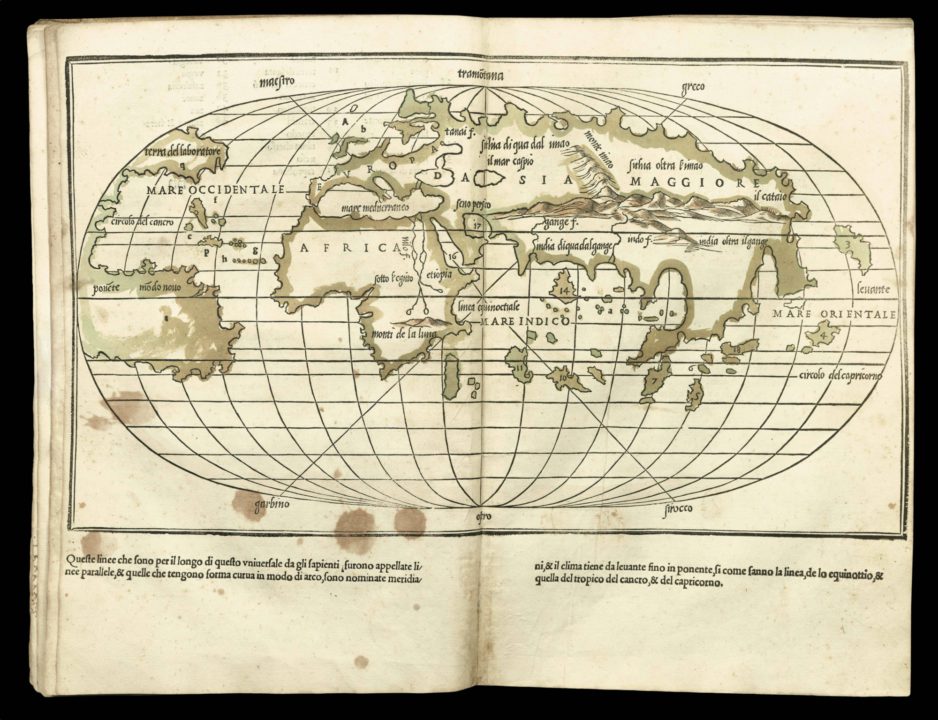