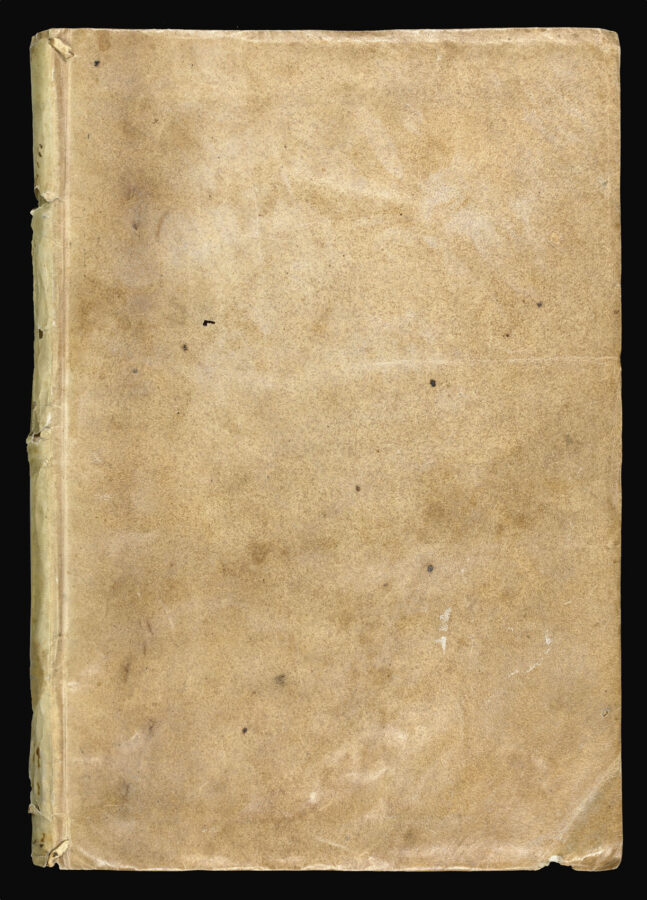 First edition of Bordone’s popular illustrated guide to the islands and peninsulas of the western ocean, the Mediterranean, the Indian Ocean and the Far East. It was printed again in 1534 and 1547 under the title Isolario or ​“island-book.” This work is particularly notable for its wide scope, with the inclusion of recent discoveries in the Americas, for its well-known plan of the city of Mexico (“Temistitan”) before its destruction by Cortez, and for its world map on an oval projection, cited as the first of its kind, perhaps attributable to Francesco Rosselli. Bordone, an illuminator, cartographer and wood-engraver from Padua, worked in Venice. He has been suggested as the creator of ​‘the first globe printed in Italy’ (Almagia) from records of the now lost globe gores printed in 1508.

Divided into three books, the ​‘Isolario’ is devoted, respectively, to the ​“islands and peninsulas” of the western ocean, to the Mediterranean, and to islands of the Indian Ocean and the Far East. While this order corresponds very roughly to that of Ptolemy, it gives conspicuous priority to the discoveries across the Atlantic. In addition to a page of diagrams illustrating the construction of a circular world map and wind roses of ​“ancient” and ​“modern type”, there are three general maps: Europe, the Aegean, and an oval world map. 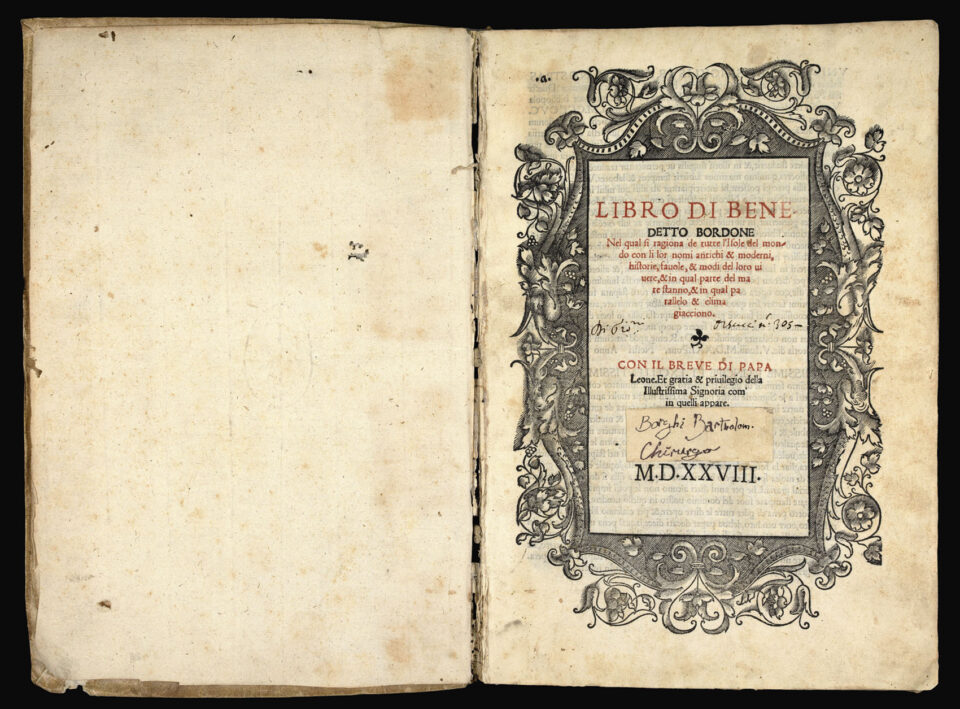 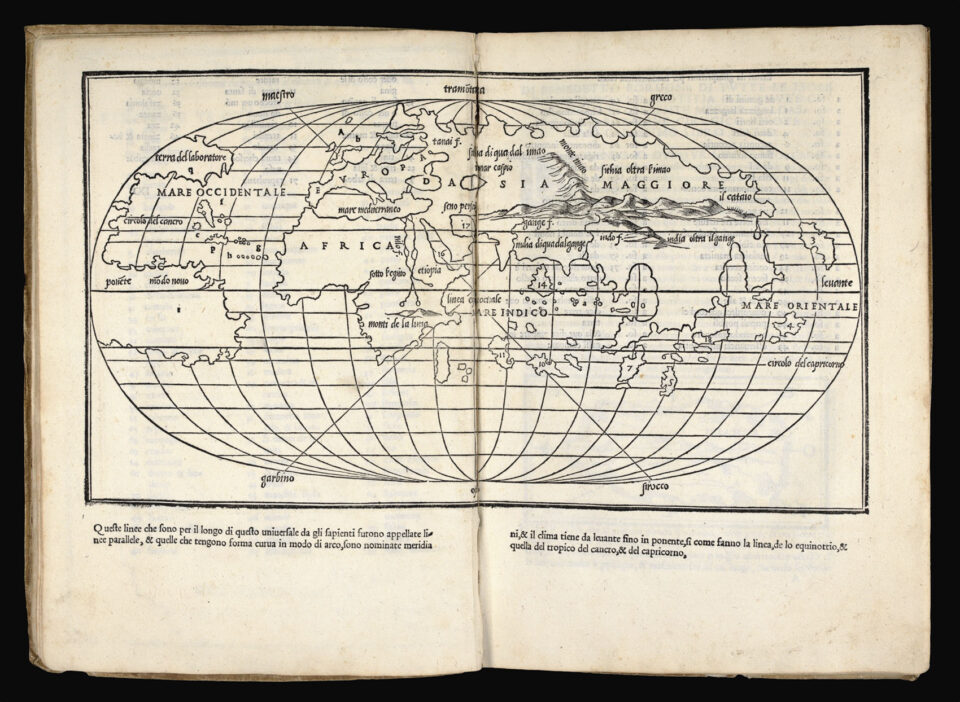 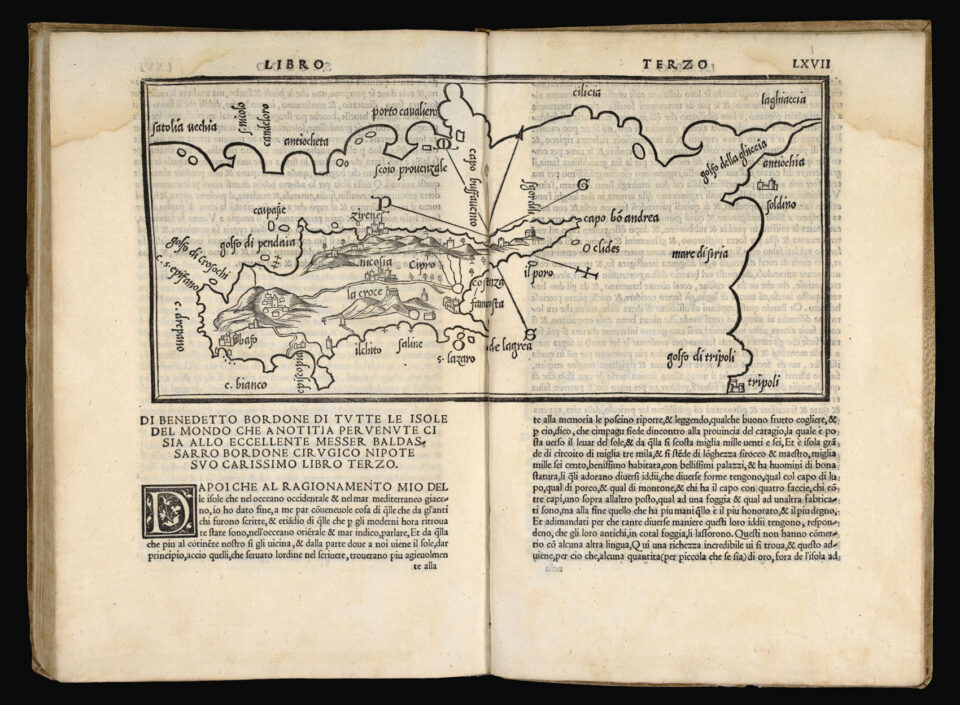