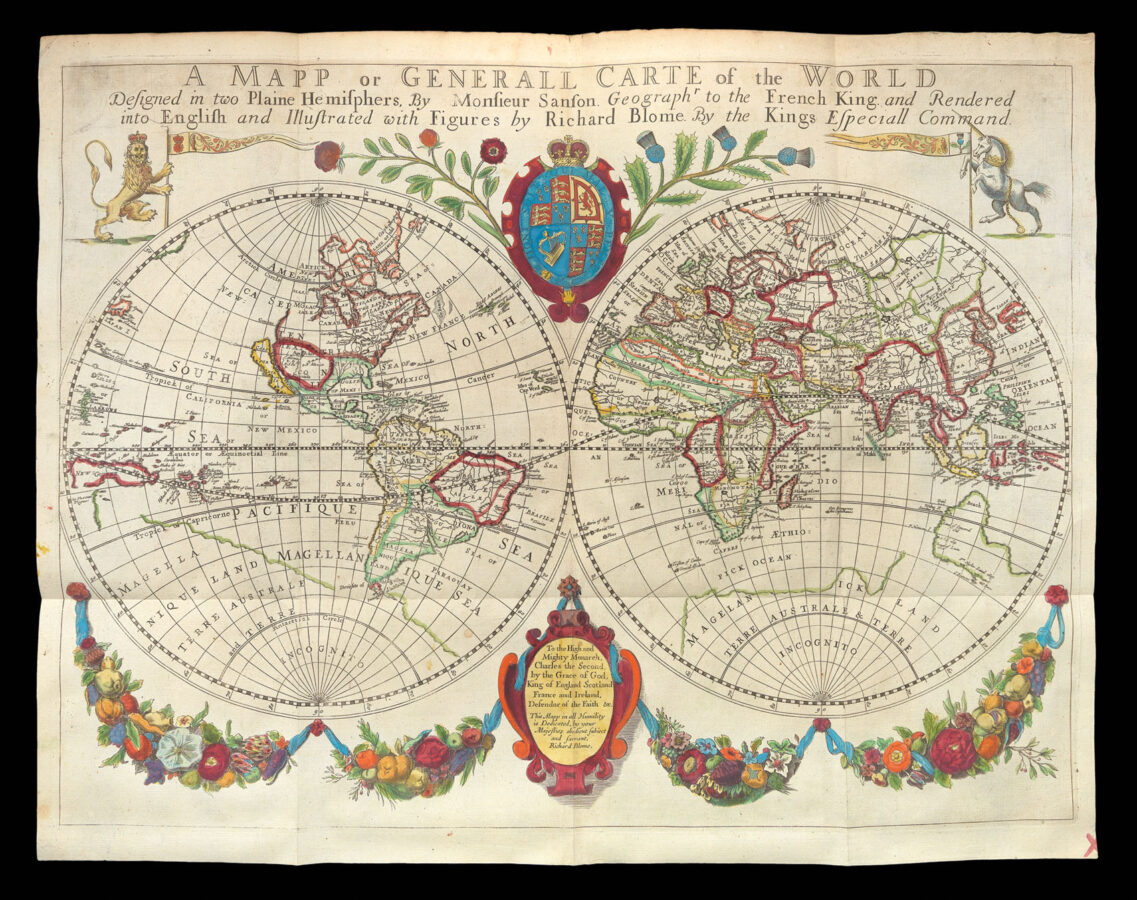 Cosmography and Geography In Two Parts: the First…Being a Translation from…Varenius…The second Part Being a Geographical Description of all the World taken from…Monsieur Sanson.

A fine example of the rare 1682 world atlas of Richard Blome, a leading figure of the great Restoration era of English cartography.

Blome conceived his atlas project as early as 1663, however it was not until 1669 that he received a royal privilege of patent protection. Ambitious in its scope, the work endeavoured to draw on the most authoritative textual sources and the most progressive available cartography. The earliest issue was published as ​‘A Geographical Description of the Four Parts of the World’ (1670).

The present 1682 work, the ​‘Cosmography and Geography’, was expanded to contain two of the envisioned volumes, the first being an English translation of Bernhard Varen’s (Varenius) ​‘Geographia Generalis’ (1650), an influential treatise on physical geography; the second volume, being the ​‘Geographical Description’ contains twenty-five maps, elegantly engraved by the leading artisans of the period: Thomas Burnford, Wenceslaus Hollar, and Francis Lamb. While all of the maps are Blome’s original issues, the cartography is predicated on the ground-breaking work of the late Nicolas Sanson (1600–67), the official geographer to Louis XIV. Highlights include ​‘A Mapp or Generall Carte of the World’, an especially elegant presentation in which the double-hemispheres are flanked by the English royal symbols of the lion and unicorn. Other important maps include ​‘A New Mapp of America Septentrionale’, ​‘A New Mappe of America Meridionale’ and ​‘A Generall Mappe of Asia’. As Blome had separate sections describing the Ottoman Empire in both his Europe and Asia sections, he considerately included duplicate copies of his attractive ​‘Mapp of The Estates of the Turkish Empire in Asia and Europe’.

Sir Velters Cornewall (1824 ‑1868), 4th Baronet of Moccas Court, Herefordshire, was the eldest son of Sir George Cornewall 3rd Baronet, and Jane daughter of William Naper of Loughcrew in County Meath in Ireland. He was born 20 February 1824, and succeeded his father in the baronetcy 27 December 1835. He was Sheriff of Herefordshire in 1847, and a Major in the local militia 1855–1859. He died unmarried 14 October 1868 and was succeeded by his brother The Rev. Sir George Henry Cornewall 5th Baronet. 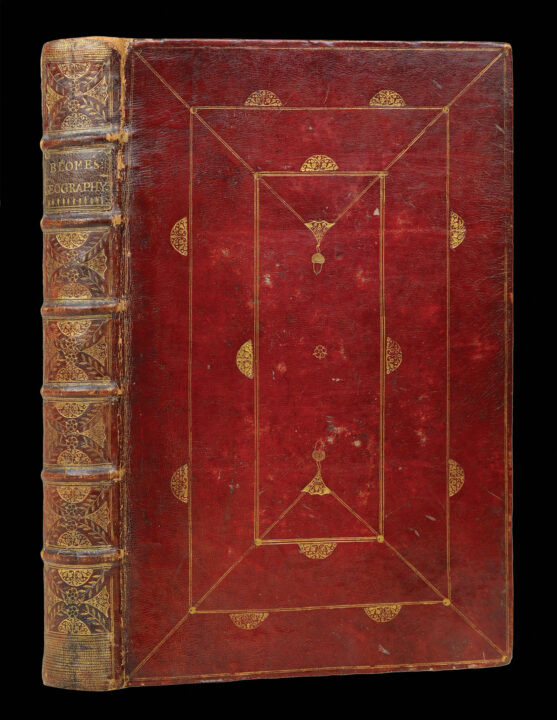 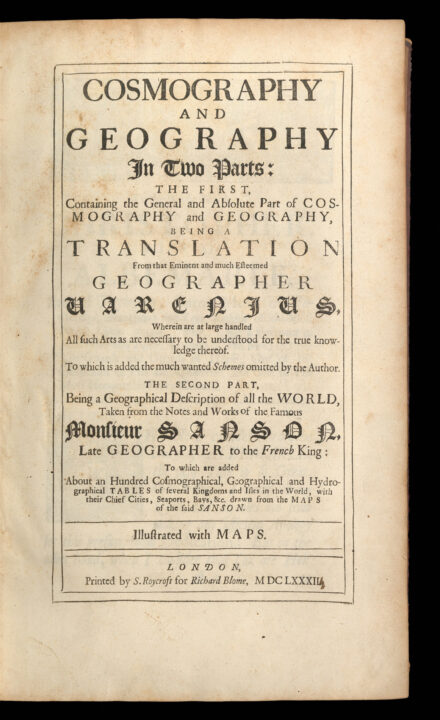 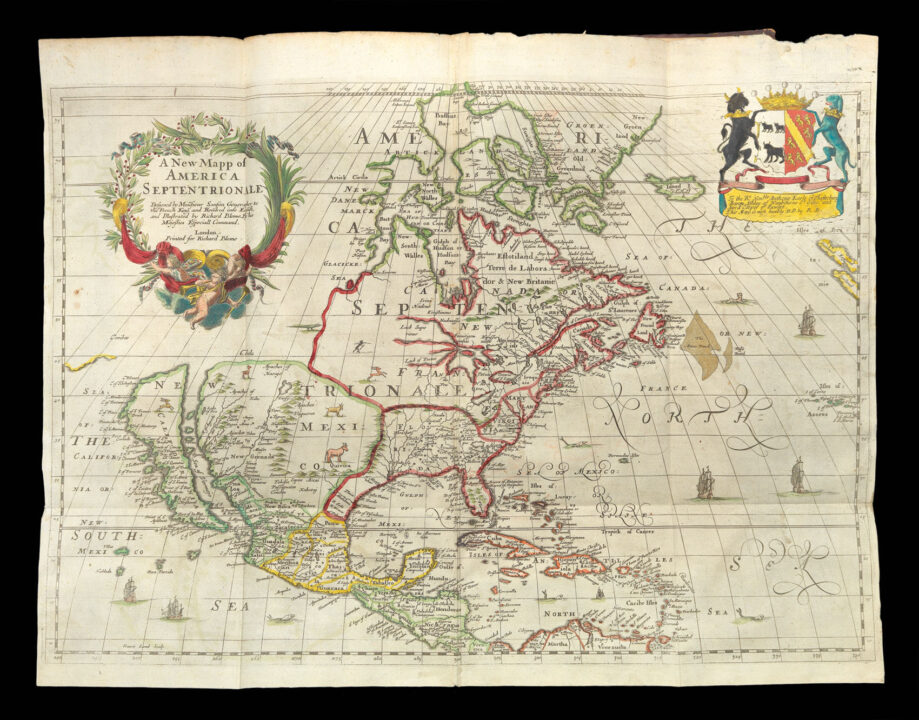 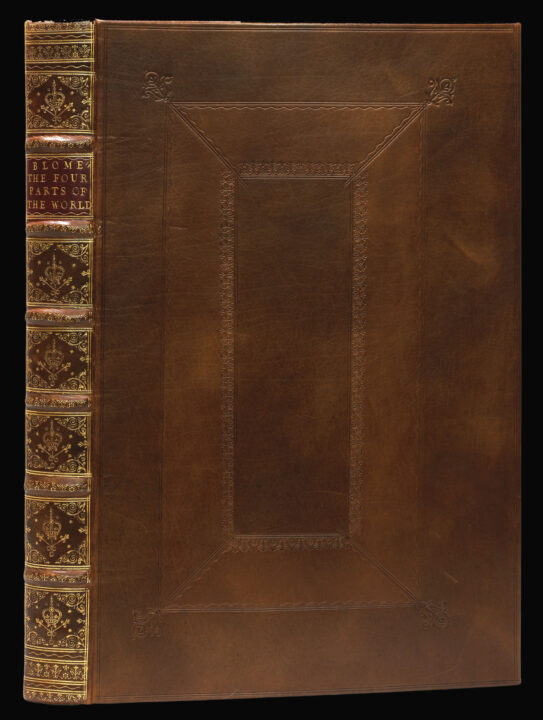