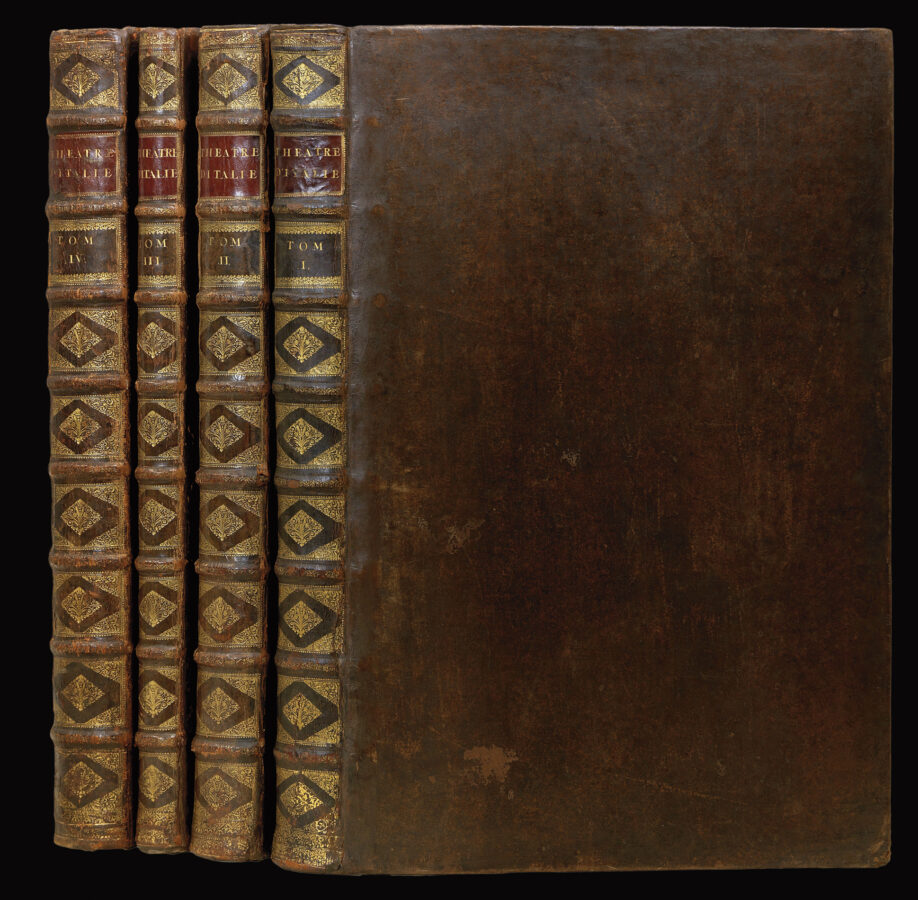 Upon the completion of the eleven-volume Atlas Maior in 1662, Johannes Blaeu set about the publication of another gigantic atlas, a multi-volume atlas of the towns and monuments of Italy, the Theatrum civitatum et admirandorum Italiae.

The work was to be in two parts, each consisting of five ​“books”: the first part would cover the towns of Italy, with the second dealing with the monuments of Rome. Johannes Blaeu would only manage to publish three volumes of the atlas within his lifetime.

Pieter Mortier reissued all the Blaeu maps in the years 1704/05 in an atlas, the present work, comprising four volumes. He amended and retouched several of the Blaeu maps and put his name on nearly all of them. He added many new maps of his own design, filling the gaps of the first part of the atlas.

The work consists of:

The maps and plates of the towns of the first three volumes could be amended with the maps of the provinces. To do this, Mortier used the old copperplates from Blaeu’s atlases. Althought the title states, ​“Et les Cartes Geographiques de toutes ses Provinces” the title to the list of plates of the first volume is equivocal, ​“Tables des Cartes Geographiques Qu’on peut placer dans ce Volume”, ie ​“A List of maps which can be placed in the volume”. The use of the words ​“can be placed” implies that these maps were not necessarily included in all copies and that customers had the choice to buy the volumes with or without these extra maps. Customers who wanted to add the town atlas to their Atlas maior as must have been the case in the present work, had no need for the province maps. 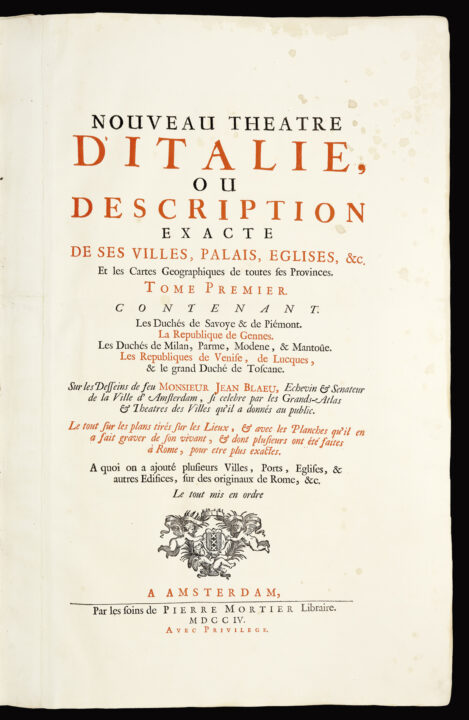 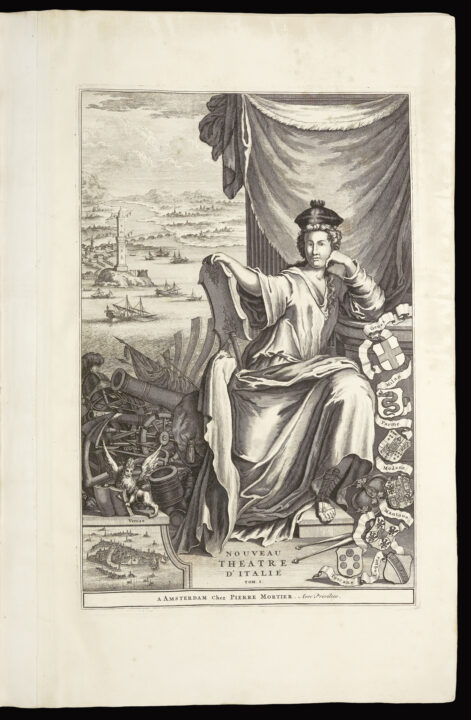 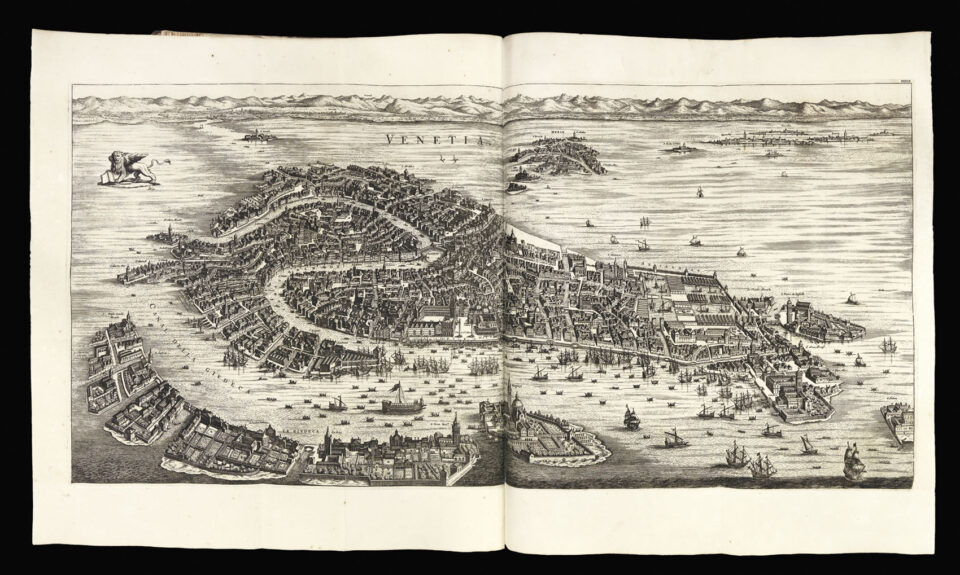 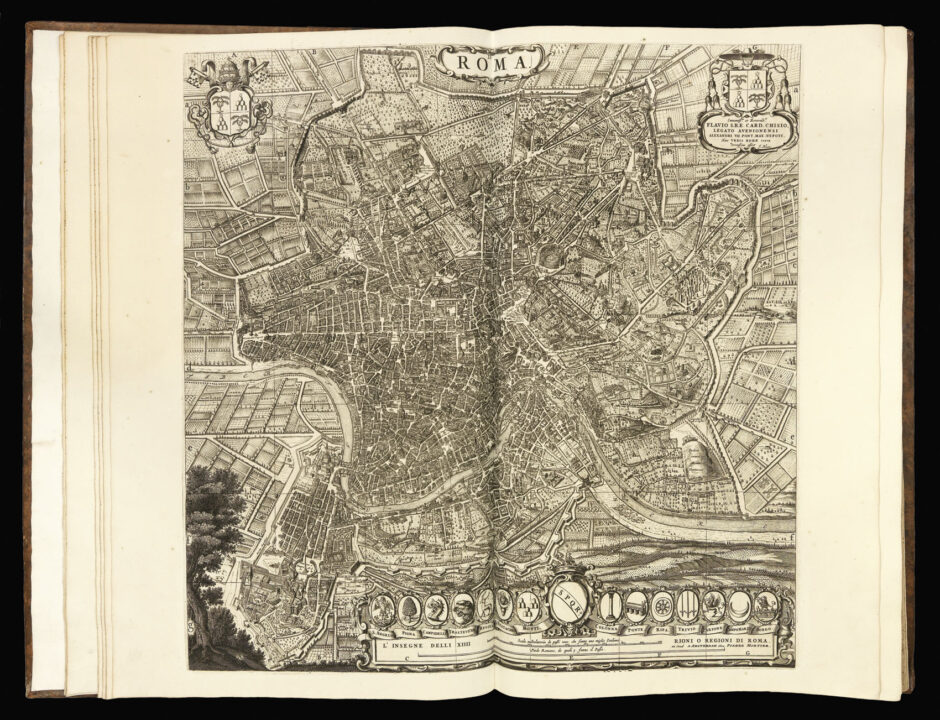