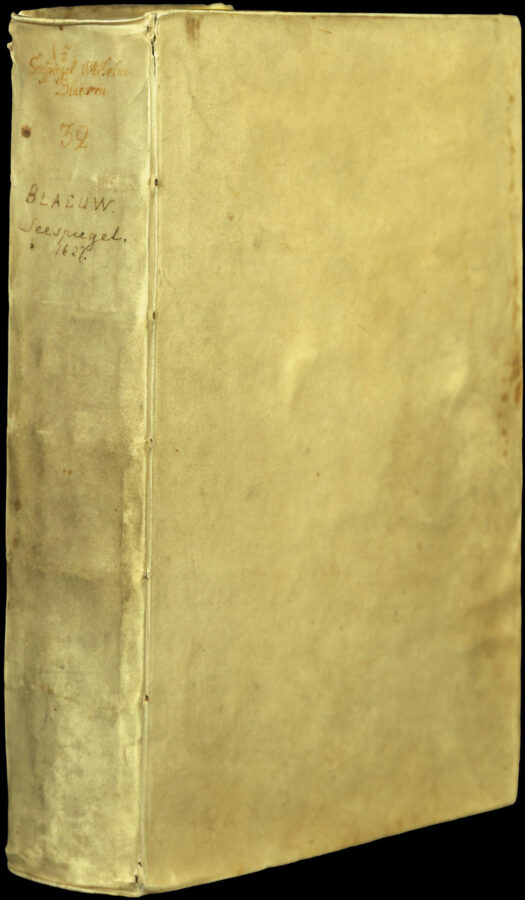 Although the new pilot proved hugely successful and would continue to be published for the next 30 years, its practical application aboard ship accounts for its extreme rarity today. The present example, which is in remarkable condition, would appear never to have made it further than the gentleman’s library.

We are only able to trace three examples of the Zeespiegel coming up for auction in the past 30 years.

Once the property of the renowned numismatist, scholar, and member of the ​‘Académie royale des Inscriptions et Belles-Lettres’ T.E. Mionnet with his bookplate affixed to the upper paste-down. 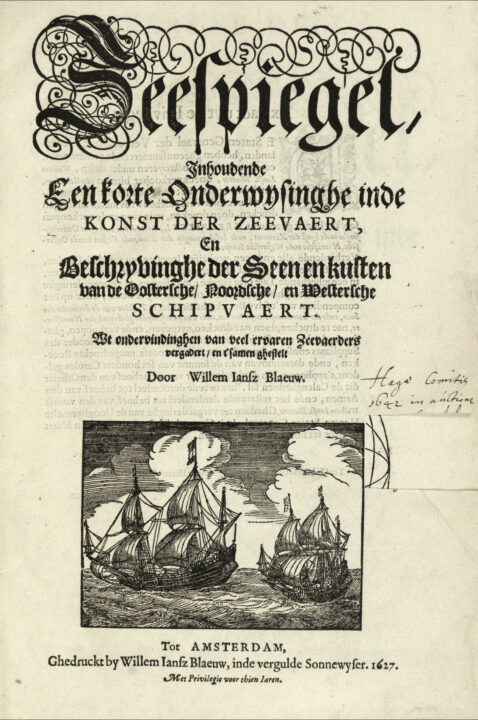 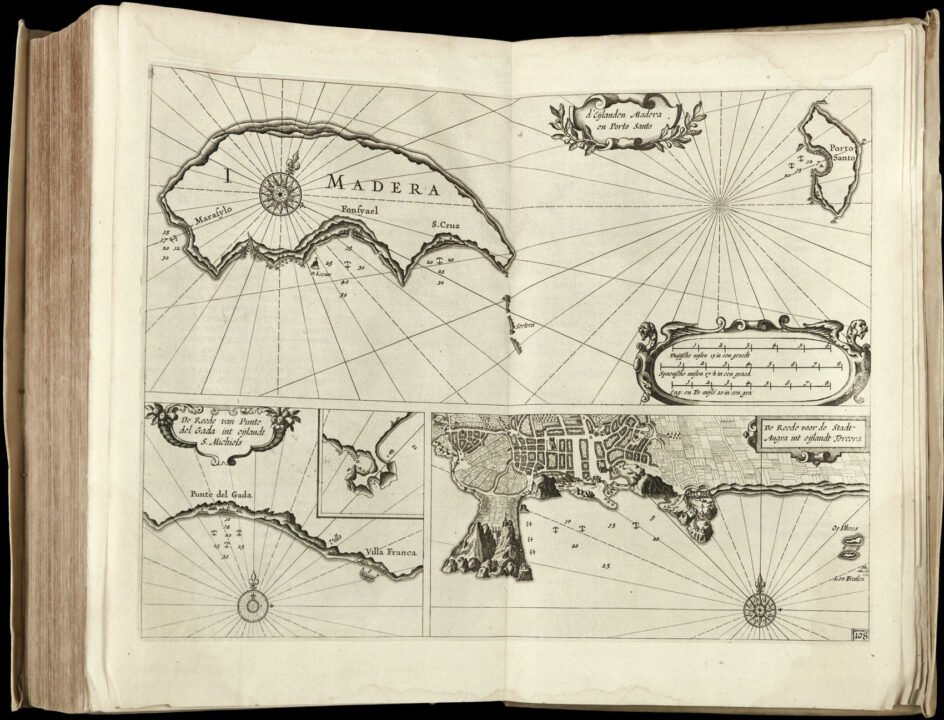