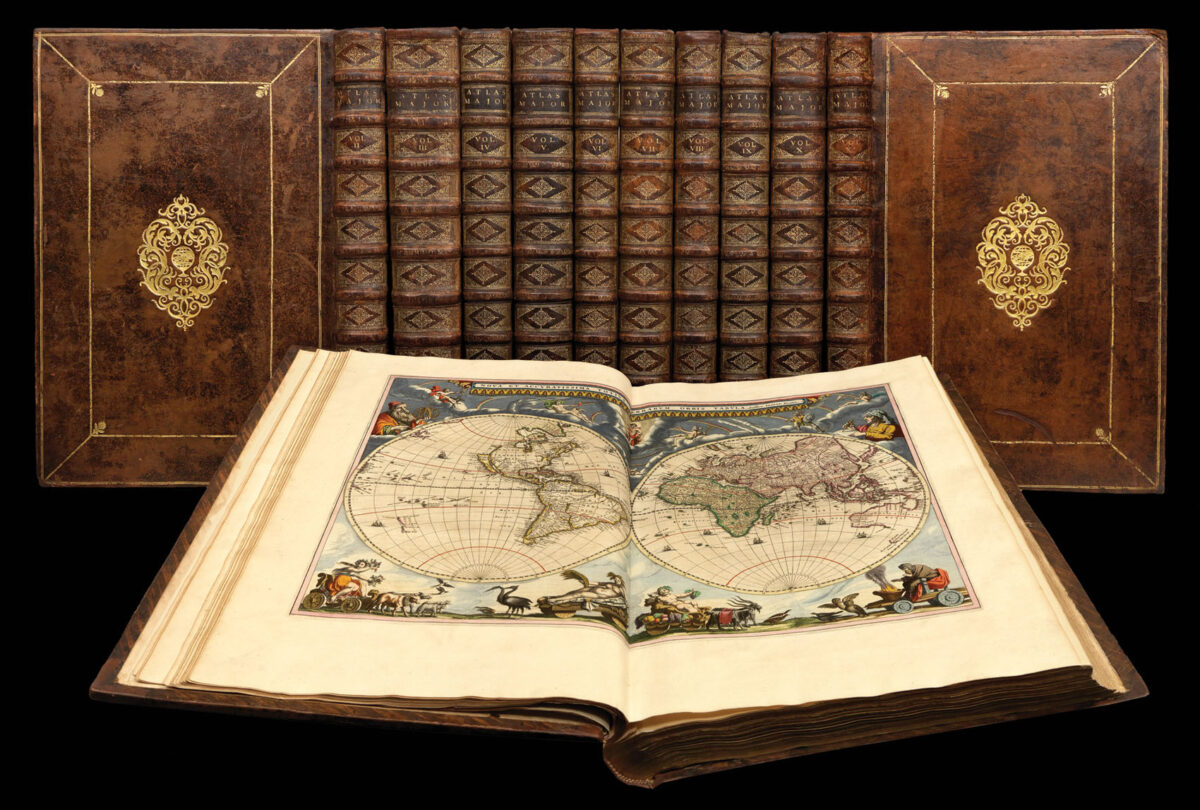 Large paper copy of ​‘the greatest and finest atlas ever published’ (Koeman).

The ​‘Atlas Major’ in its various editions was the largest atlas ever published. It was justly famed for its production values, its high typographic standard, and the quality of its engraving, ornamentation, binding and colouring. The atlas frequently served as the official gift of the Dutch Republic to princes and other authorities. It is one of the most lavish and highly prized of all seventeenth-century illustrated books.

The maps are embellished in the Baroque style, and many rank among the most beautiful ever made. Of particular note are the famous side-panelled maps of the continents, the 58 maps devoted to England and Wales (vol. 4 ), Martini’s Atlas of China, the first atlas of China published in Europe (vol. 9 ), and a series of 25 maps of America, including important early maps of Virginia and New England (vol. 8 ).

Volume I World, Europe and Scandinavia. 61 maps and plates, extra illustrated with 2 maps by de Wit: ​‘nova orbis tabula in lucem edita’ between g2 and g3 of the preliminary section and ​‘nova et accurata totius Europae descriptio’ between a2 and
b1 of the Europe section, lacking text leaf with ​‘admonitio de origine ducatus Slesvicensis’, some light marginal staining.

Volume III Germany. 96 maps (3 folding), extra-illustrated with 8 maps: ​‘circuli Austriaci pars septentrionalis’ between f2 and g1 , ​‘regnum Bohemia’ between i2 and k1 (upper right hand corner creased), ​‘circulus Bavaricus’ between 2l2 and 2m1 , ​‘circuli Saxoniae superiori’ between 2q2 and 2r1 , ​‘marchionatus Brandenburgi et ducatus Pomeraniae’ between 3d1 and 3e1 , ​‘circulus Saxoniae inferioris’ between
3q2 and 3r1 , ​‘Leodiensis episcopatus’ between 5r2 and 5r3 , ​‘utriusque Alsatiae ducatus Dupontii et Spirensis episcopatus’ between 7b1 and 7c1 , all by de Wit save the penultimate map which is by Visscher, closed tear to lower margin of folding
map of the Rhine, some offsetting from maps, browning to some leaves.

Volume IV The Low Countries. 63 maps, extra-illustrated with a map ​‘Belgii regii tabula’ by Visscher between f1 and a1 , some light staining.

Volume V England and Wales. 58 maps, extra-illustrated with a map ​‘Anglia regnum in omnes suous ducatus’ by de Wit between v2 and x1 , lacking 2v1 and 2 (two pages of text and the map of Surrey), replaced by an unsigned map of Surrey, verso blank.

Volume VII France and Switzerland. 69 (of 70) maps, pp. 123 and 124 printed on separate sheets, map 50 in the very rare state of having the signature 4l and some text on p. 209, lacking map 55 (‘La Bresse Chalonnoise’), not called for in index and
often not present, some browning.

Volume VIII Italy. 60 maps, extra-illustrated with 3 maps by de Wit: ​‘accuratissima dominii Veneti in Italia’ between 2a 2 and 2b 1, ​‘status ecclesiasticus et magnus ducatus Thoscanae’ between 2v 2 and 2x 1, ​‘regnum Neapolis’ between 4c 2 and 4d 1, some browning.

Volume X Asia. 28 maps, extra-illustrated with 3 maps, ​‘accuratissima totius Asiae tabula’ between a 2 and b 1 and ​‘nova Persia Armerniae, Natoliae et Arabiae descriptio’ between d 2 and e 1, both by de Wit; ​‘terra sancta’ between l 2 and m 1
by Visscher, some offsetting from maps, heavy spotting.


1. Baron de Karg, note on pastedown of volume 1 and signature on title page of volume 2, probably Friedrich Karl Baron Karg von Bebenburg, the Lord of Reichenstein-Schönsee from 1760 to 1797
2. Johann Adam von Reisach of Monheim (1765– 1820), suicidal bibliophile, bought from the Bibliotheca Kargianae on 16 May 1796, signature and ​‘ex bibliotheca Reisachiorum’ inscriptions in each volume. 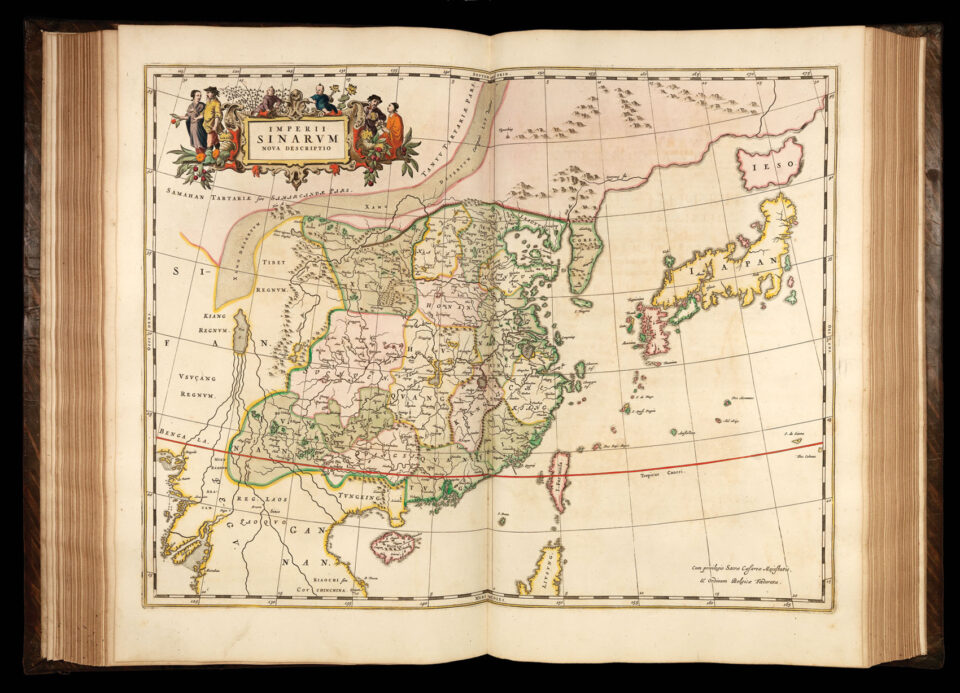 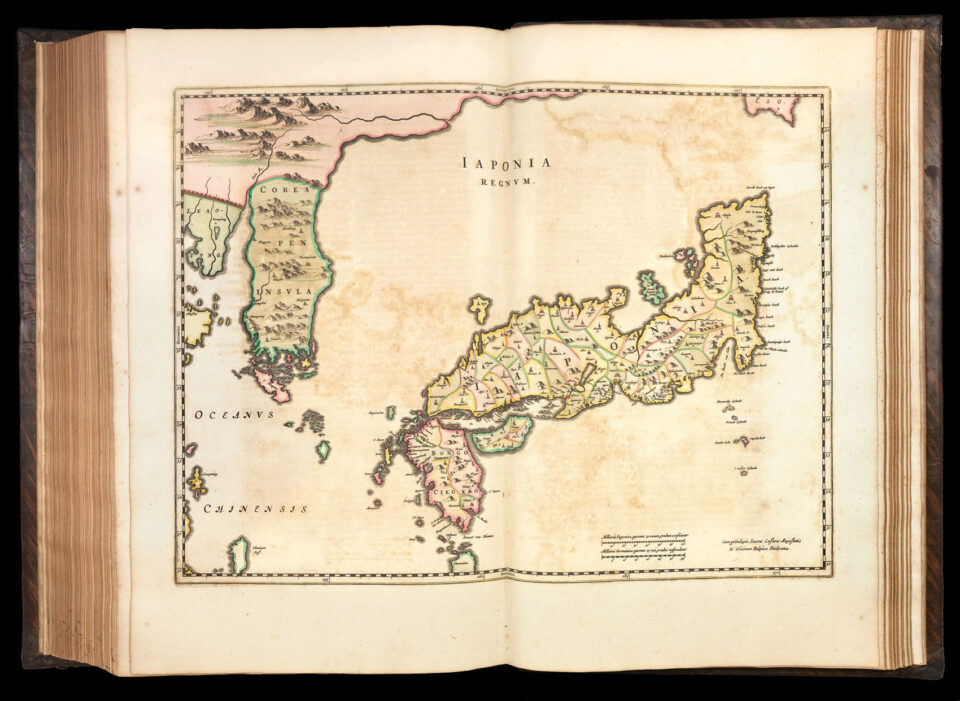 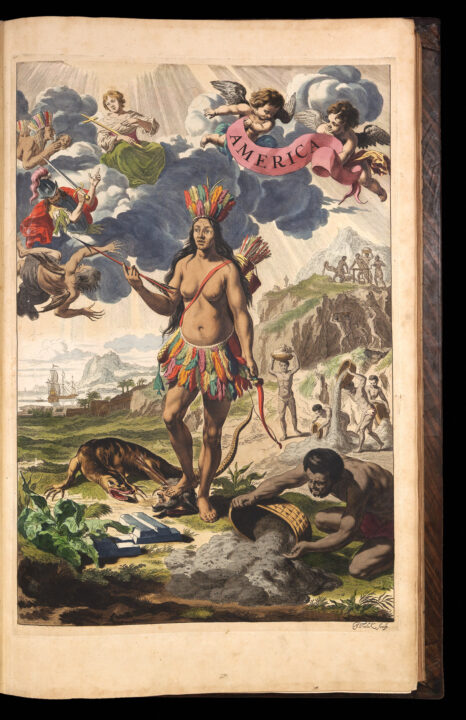 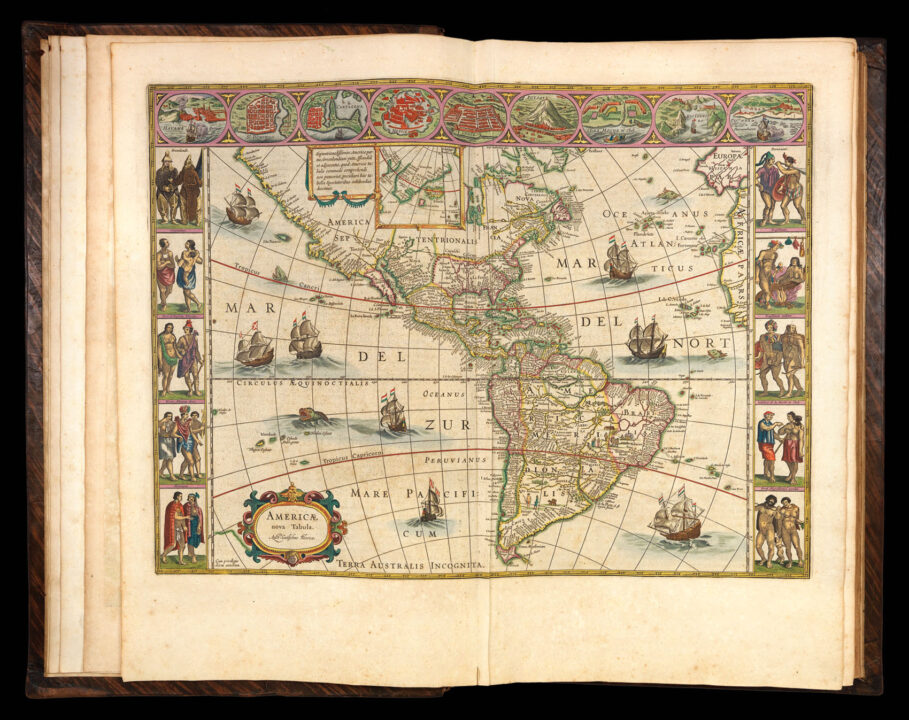 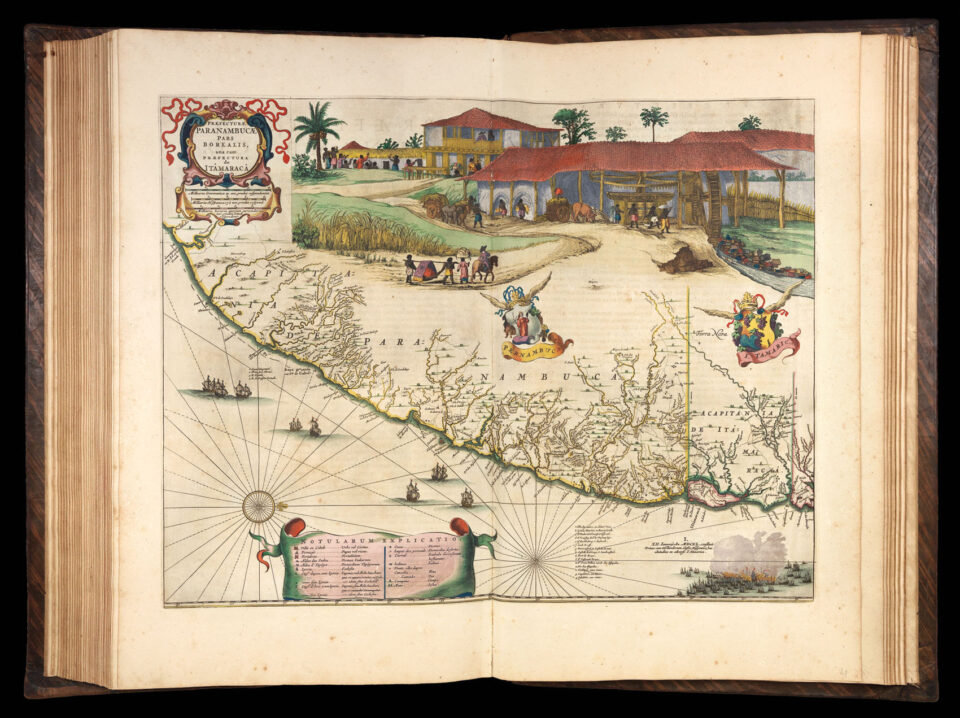 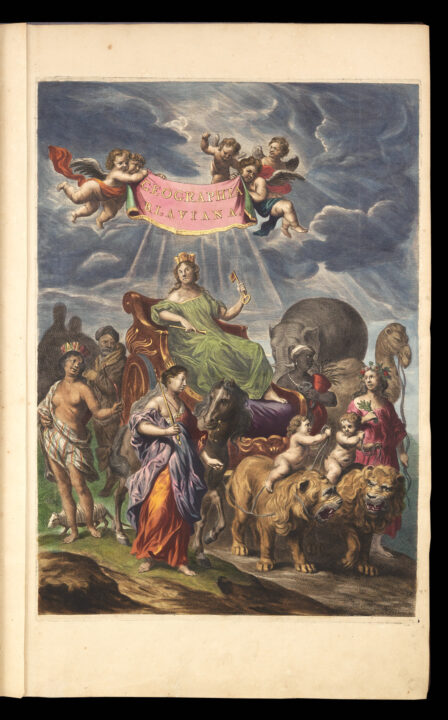 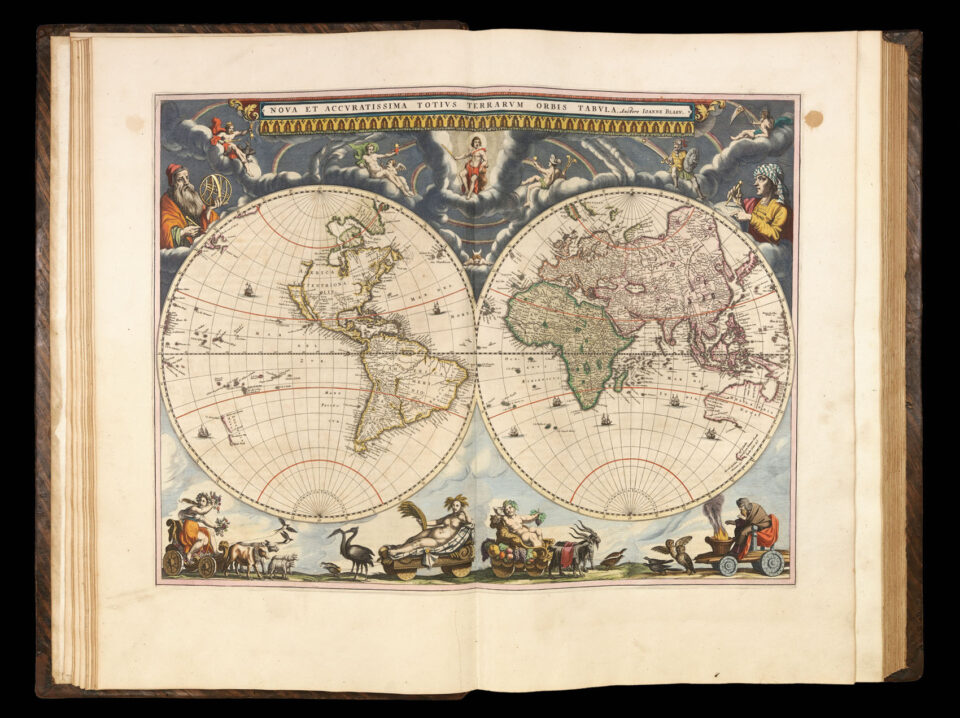 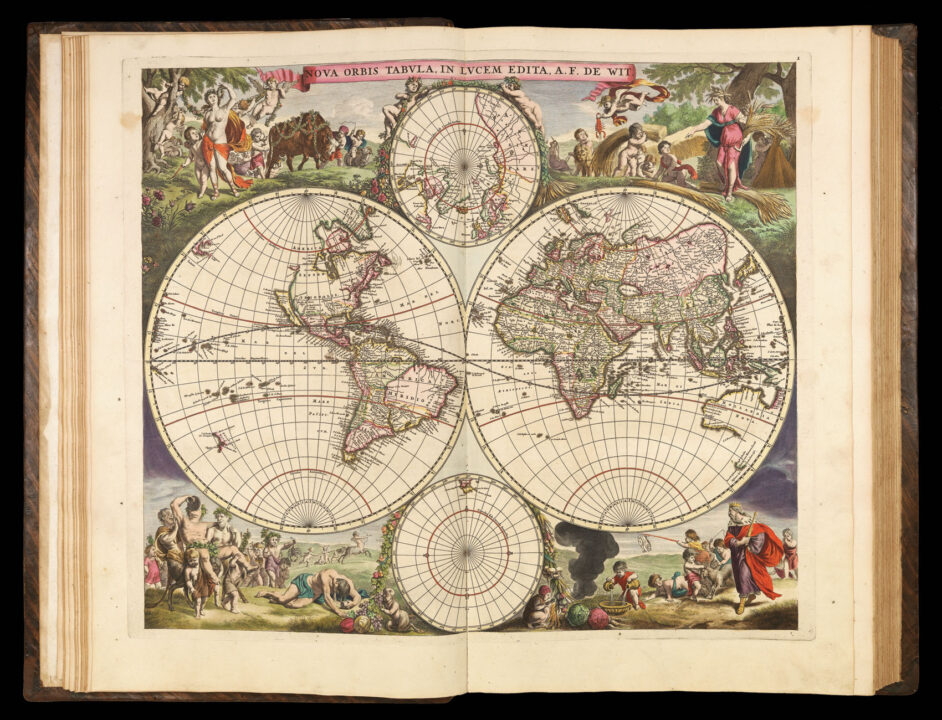 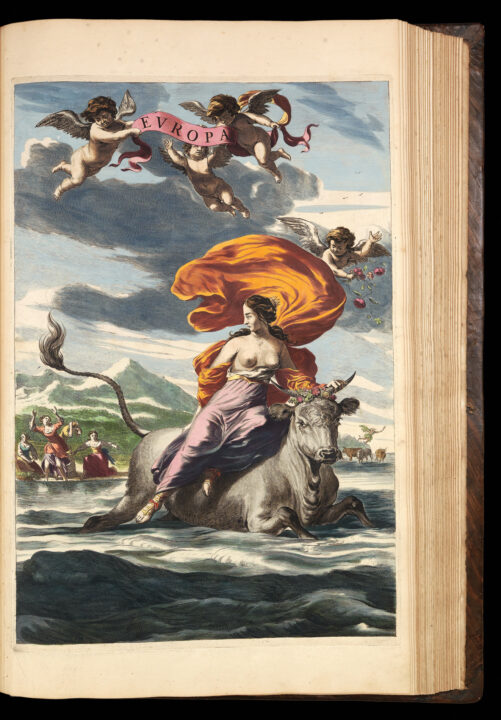 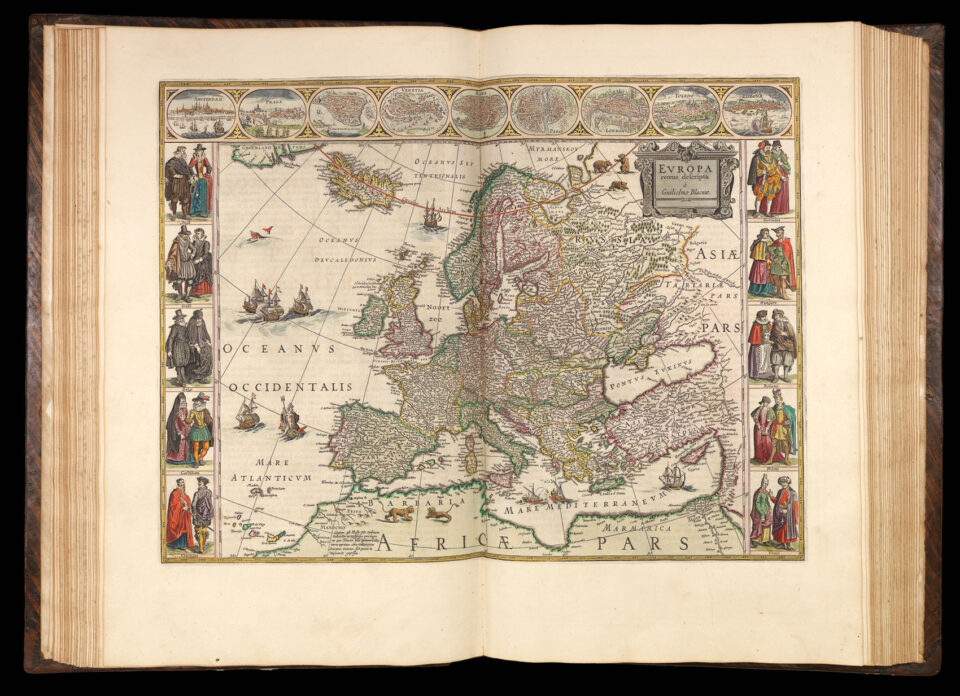 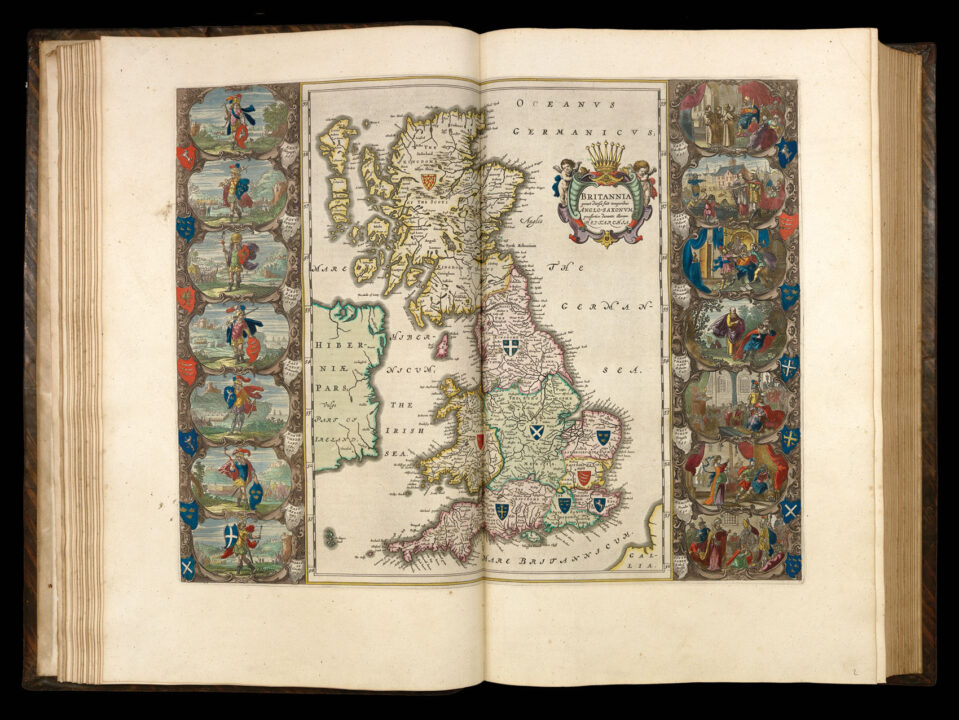 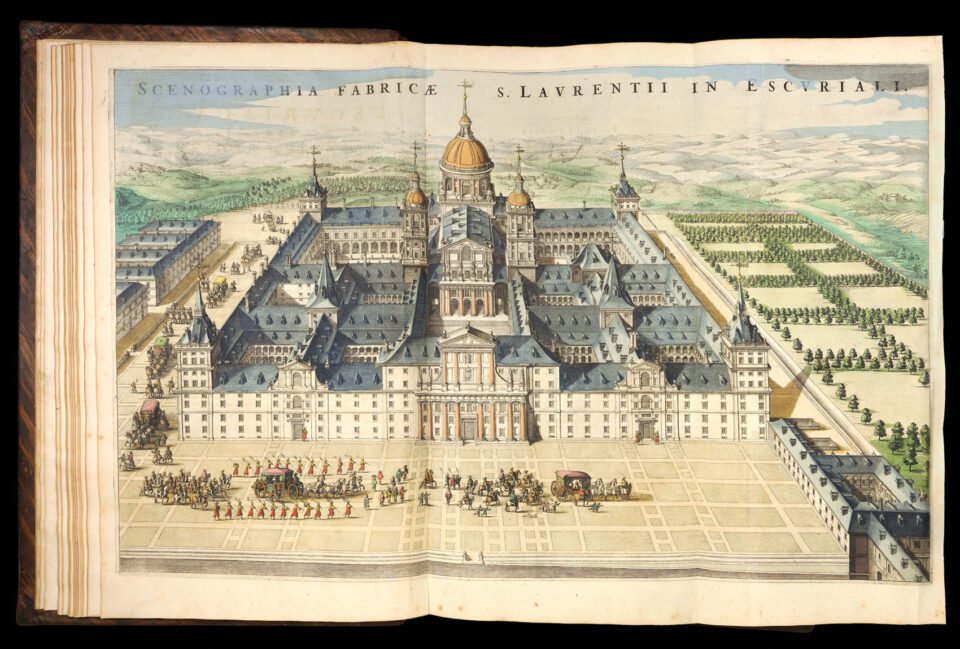 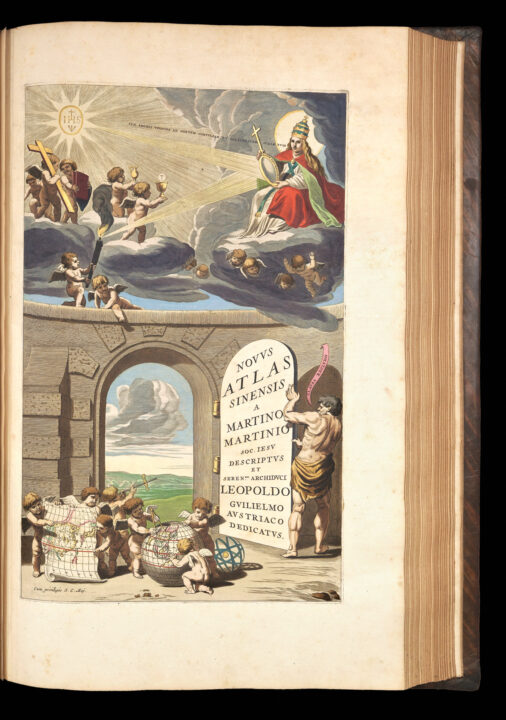