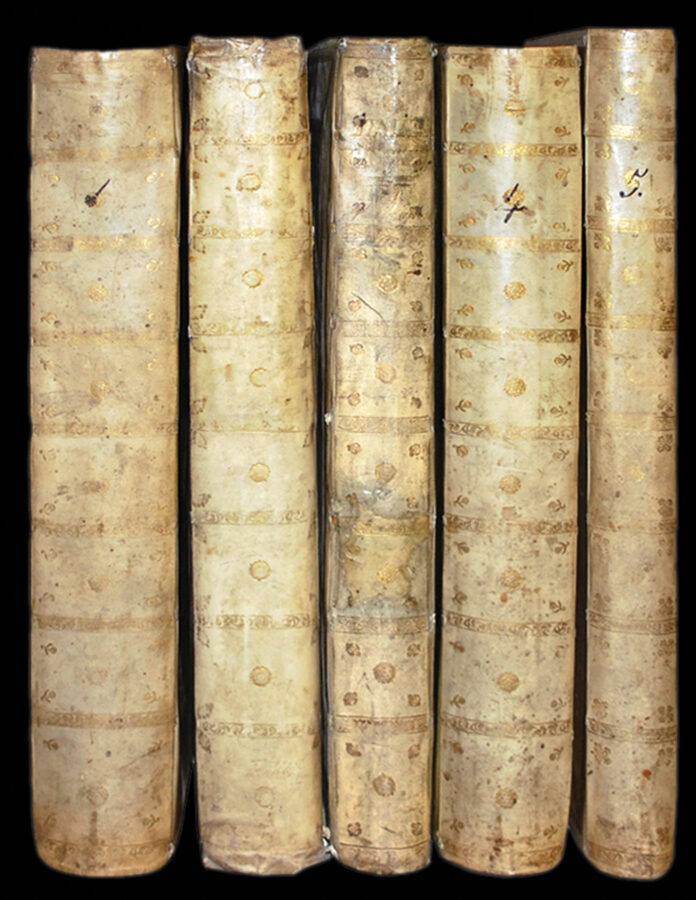 In 1630, Blaeu published his ​“Atlas Appendix”, containing some 60 maps. This was soon followed in 1631 by an extended ​“Appendix” — this time with explanatory texts to the maps. Blaeu’s output rapidly increased and in 1635 he published his ​‘Theatrum Orbis Terrarum sive Novus Atlas’ in two volumes with over 200 maps, and in four different languages: German, Latin, French and Dutch. This was followed by an edition in three volumes, published in 1640.

​“The three-volume Theatrum was, in fact, a complete world atlas, lacking only the maps of the British Isles, which had been announced in the appendix of the third volume” (van der Krogt). This omission was rectified in 1645 with the publication of the fourth volume, containing maps of all English counties, based on maps from Speed’s ​‘Theatre’. By this point the atlas had grown to contain some 330 maps.

In 1654 he published his atlas of Scotland, with maps based on manuscripts by Timothy Pont and edited by Robert Gordon.

The first three volumes of the present atlas are dated 1640, and stands on its own as a complete world atlas. The owner purchasing the fourth and fifth volumes when there were published in 1646 and 1654 respectively. 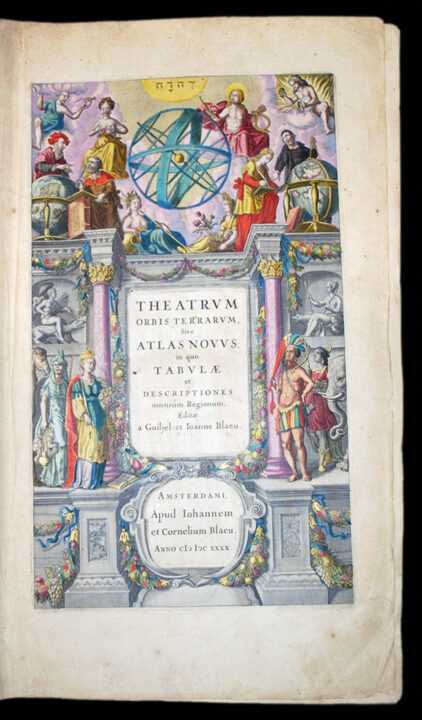 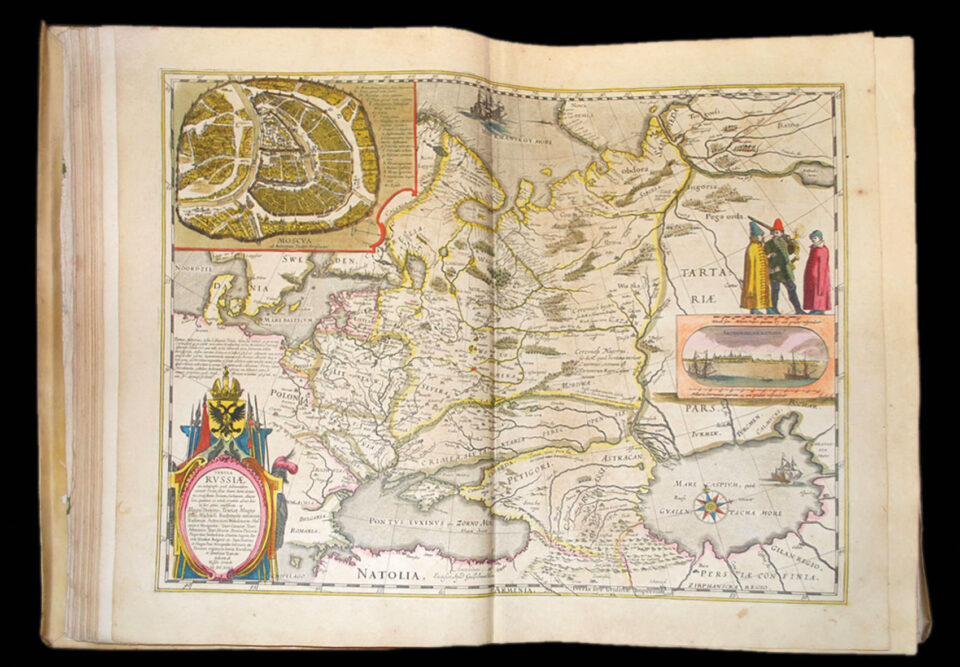 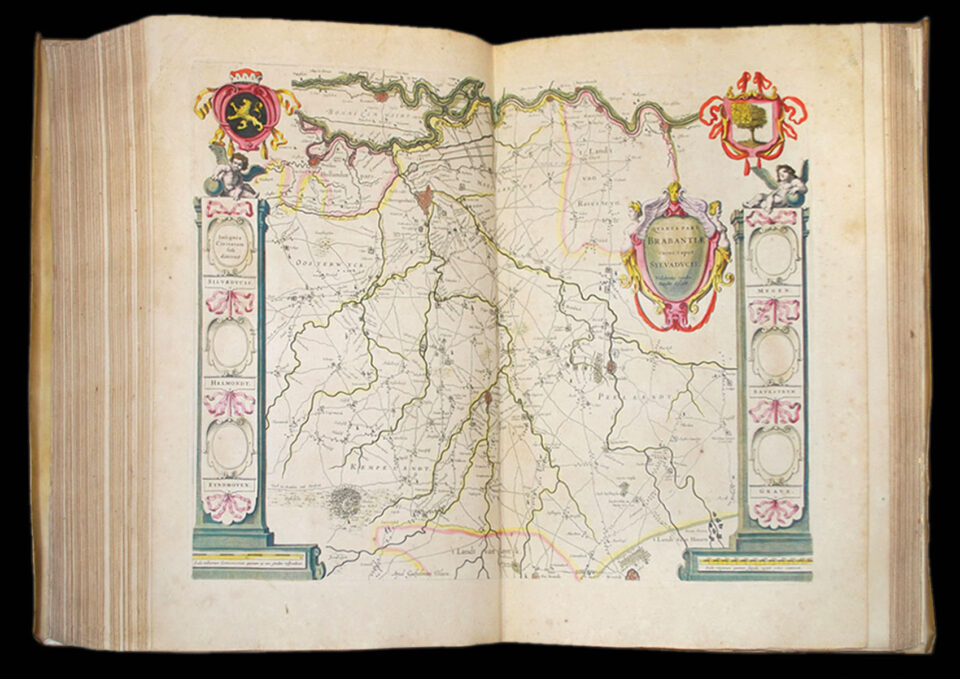 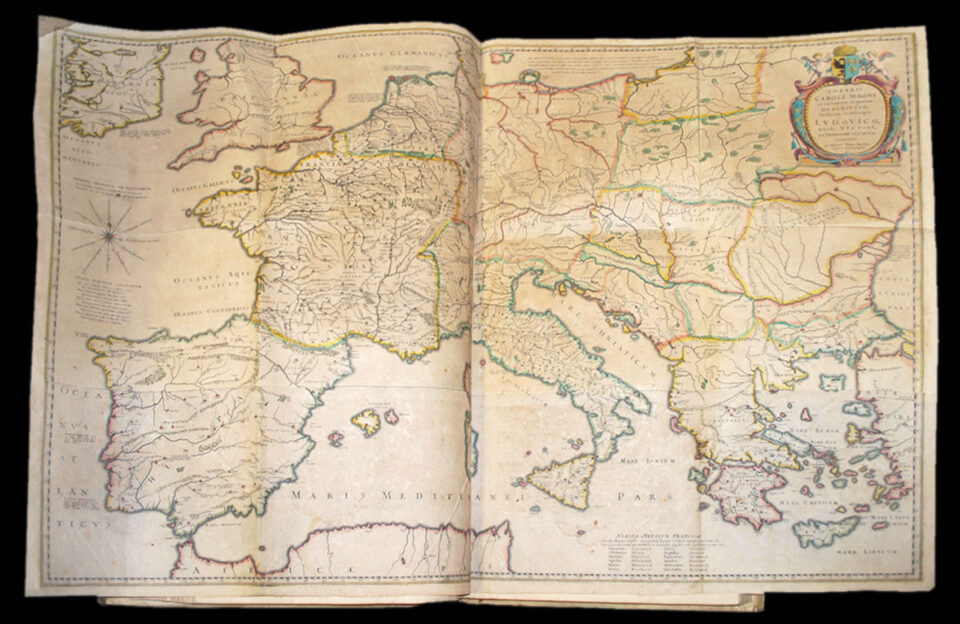 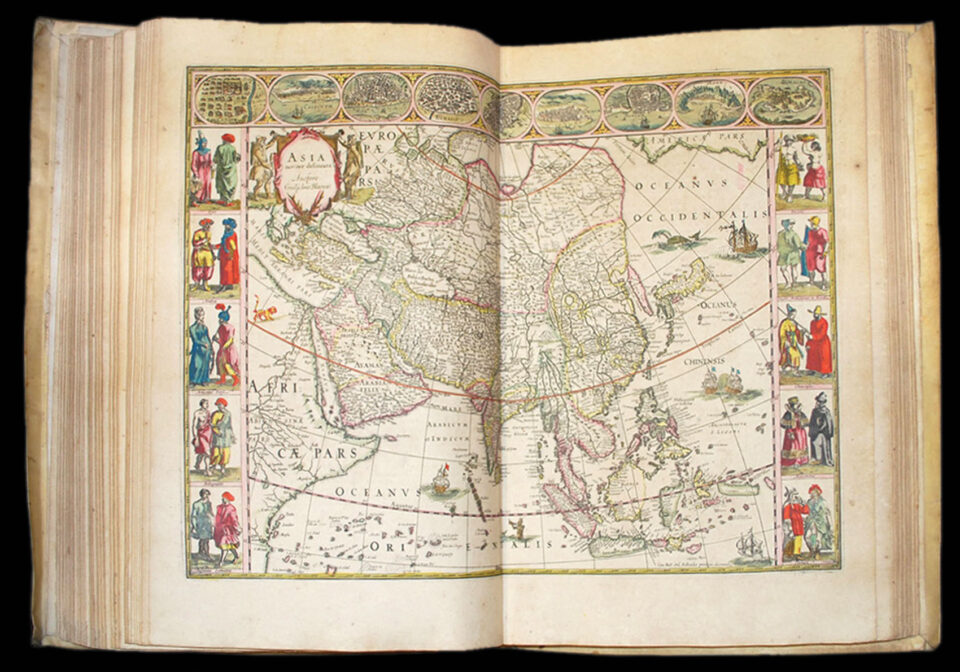 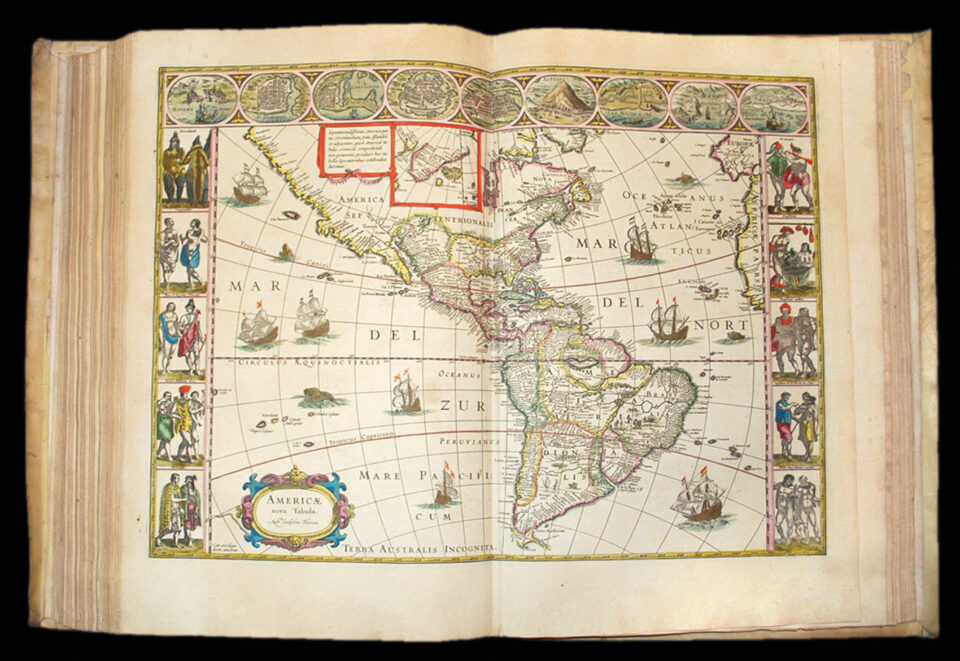 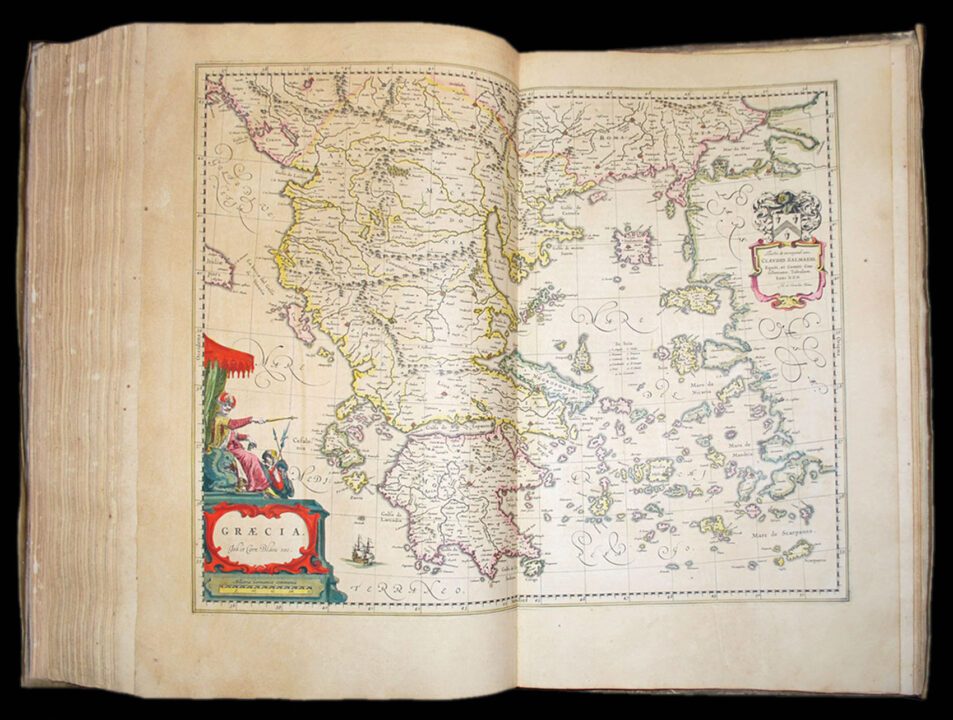 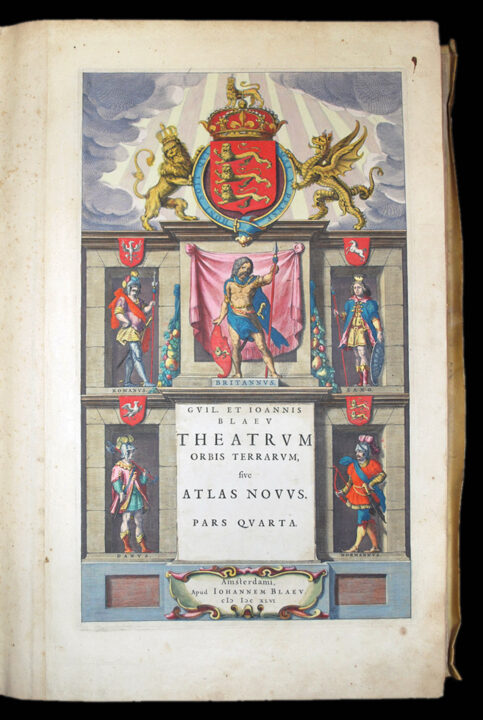