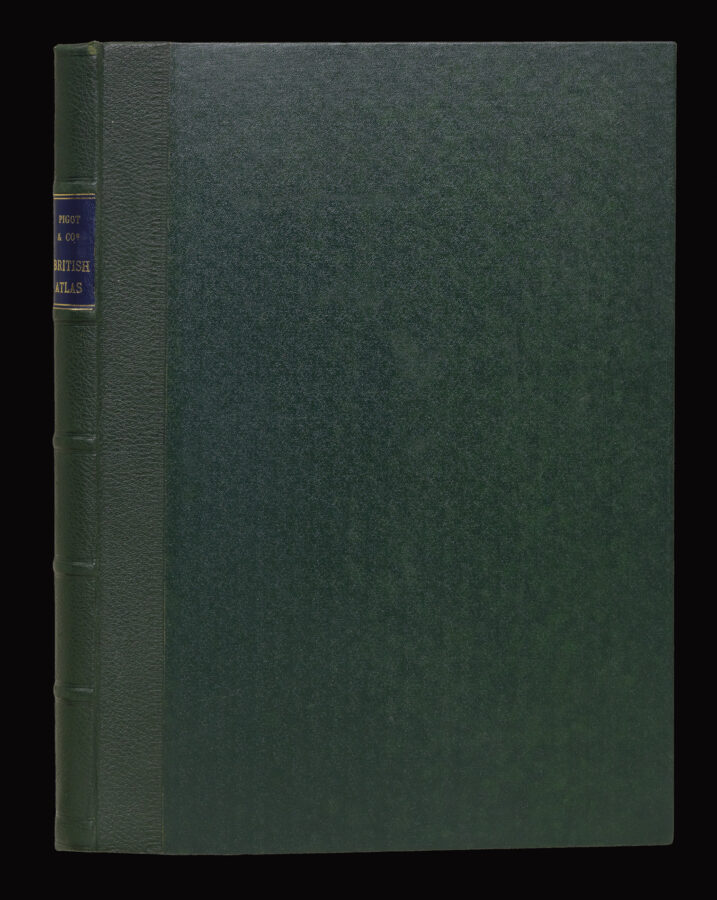 Attractive copy of James Pigot’s atlas of the British Isles

Pigot & Cos. British Atlas. Comprising the Counties of England… Separate Large Sheet Maps of England and Wales, Ireland and Scotland… A Circular One of the Country Round London…

The atlas contains a general map of England and Wales, a map of Ireland, a map of Scotland, 39 maps of the English counties. Before each map of the county is a brief description giving information on its situation, name, history, soil, produce, climate, manufactures, trade, rivers, civil and ecclesiastical divisions, and population. The maps themselves each bear a small pictorial vignette, and show roads, rivers, canals, railways, towns with there distance from London, villages, hundreds, counties, number of members returned by each borough, and polling places. 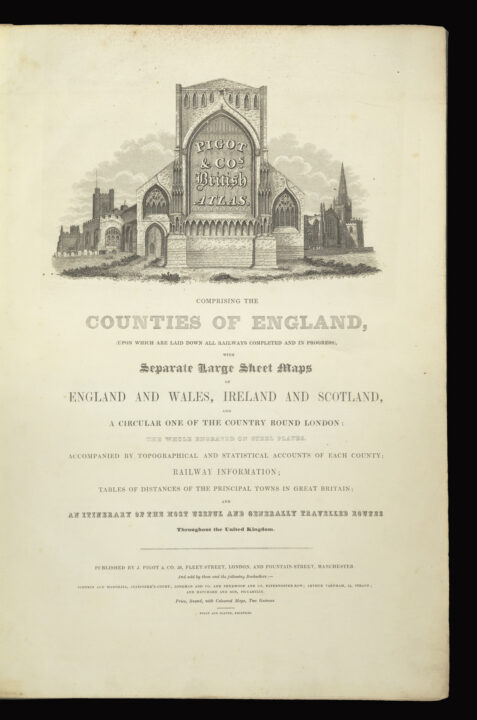 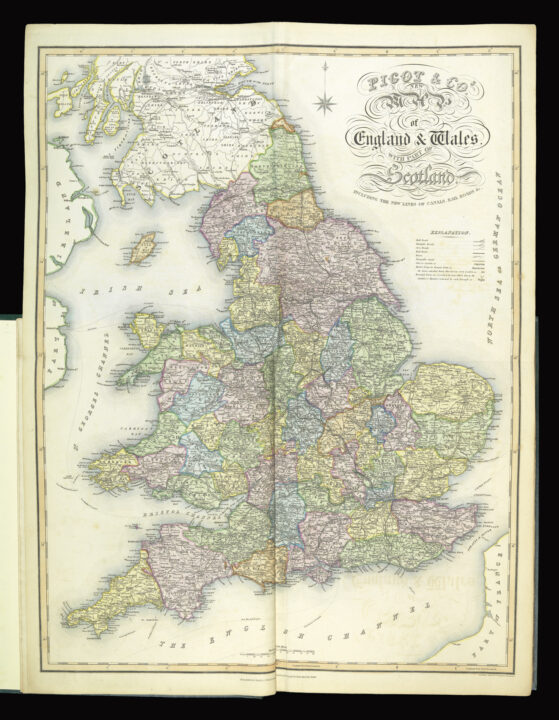 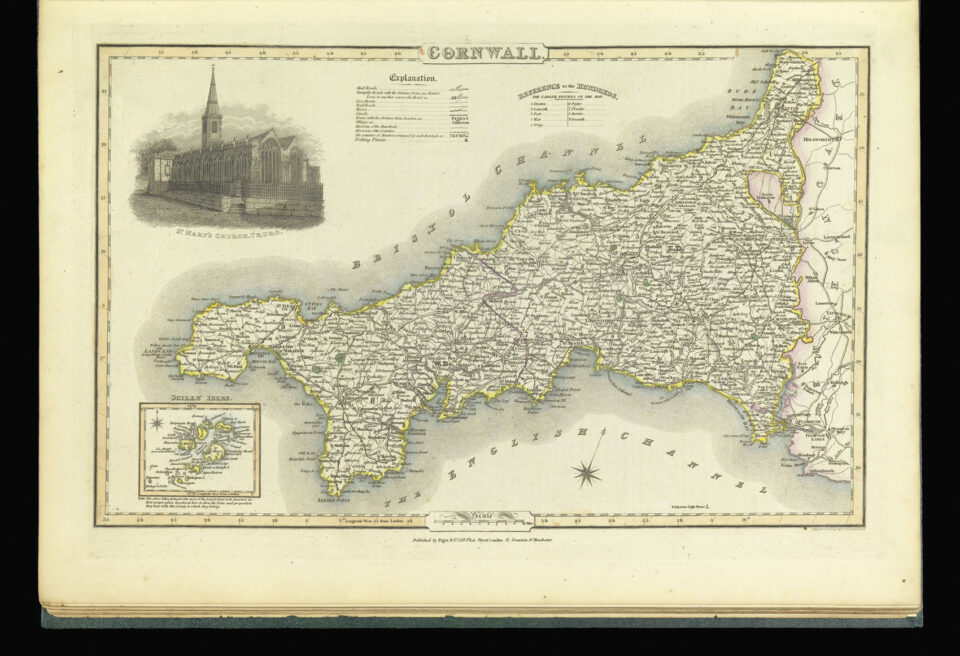 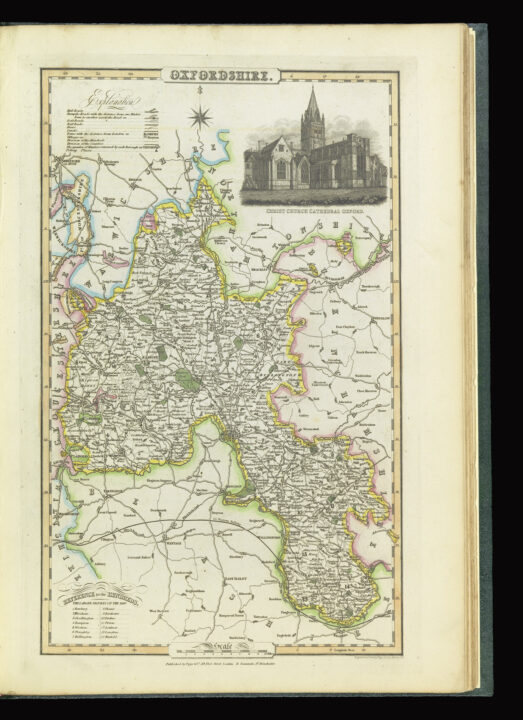 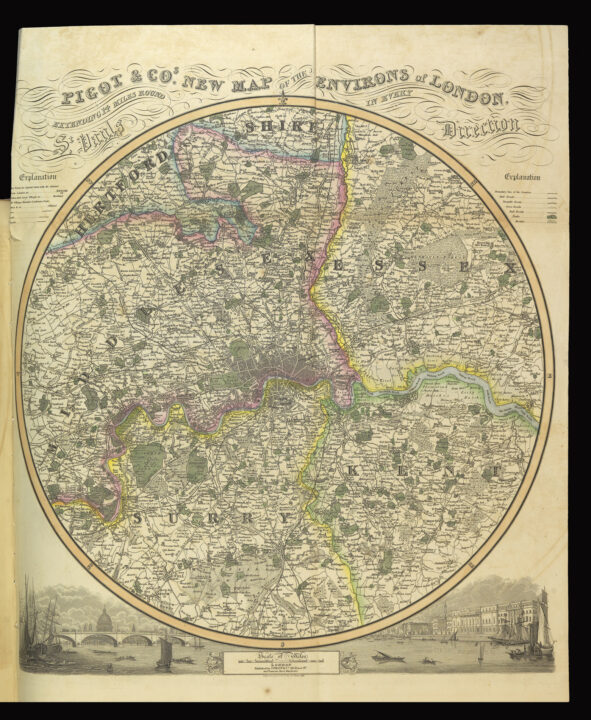