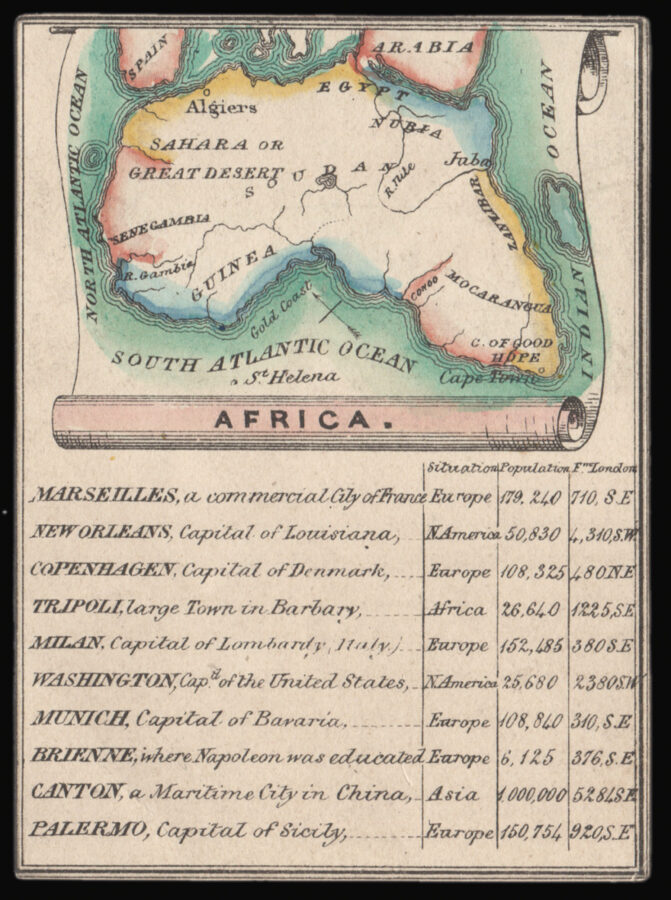 Set of nine card maps with views of cities to verso

An unrecorded set of nine card maps with city views to the verso.

The pack consists of the following cards:

It is unclear what purpose these cards served, other than that of a portable geographical primer. Although the set are not dated an approximate date of 1840 can be ascertained by the population of London recorded on the cards: 1,902,200, which is similar to the population recorded in the 1841 census.

Rare we are unable to trace another example of this set. 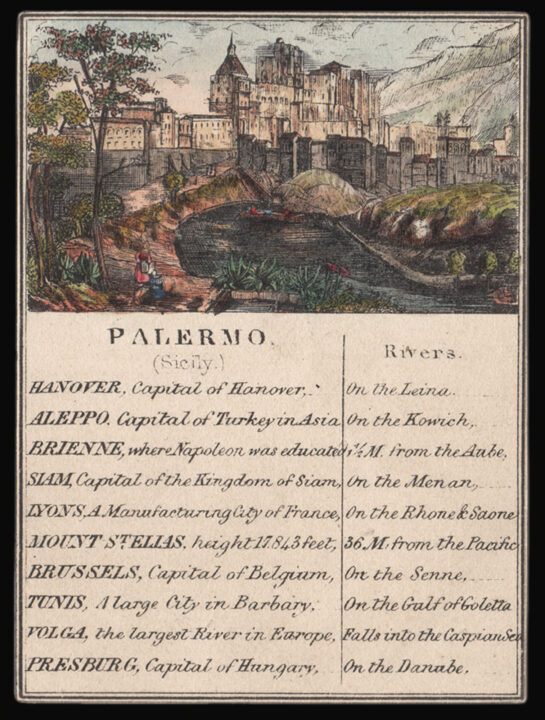 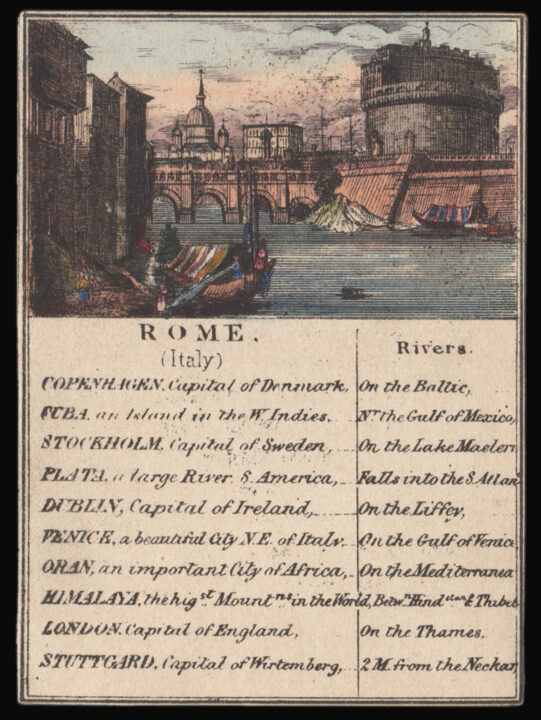 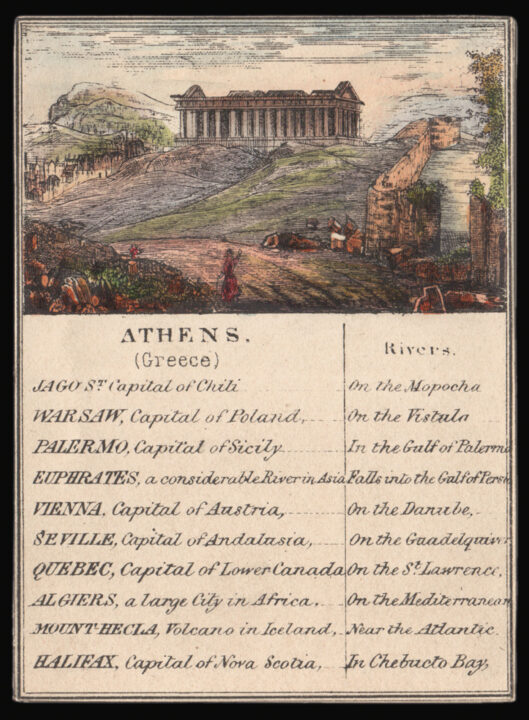 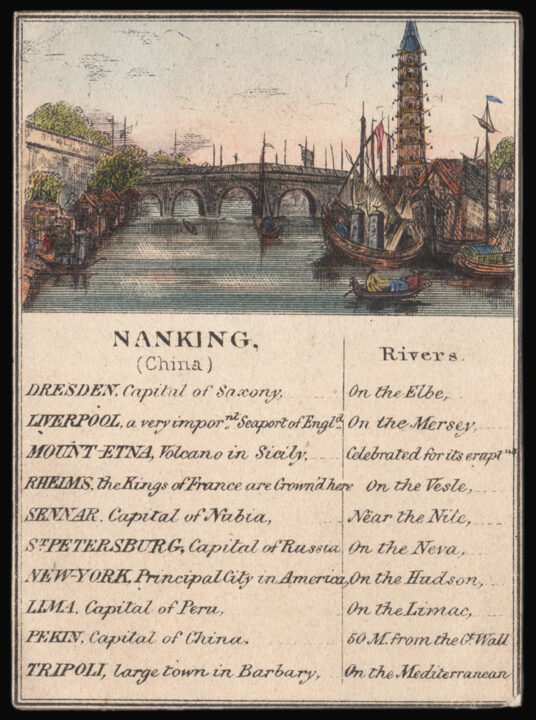 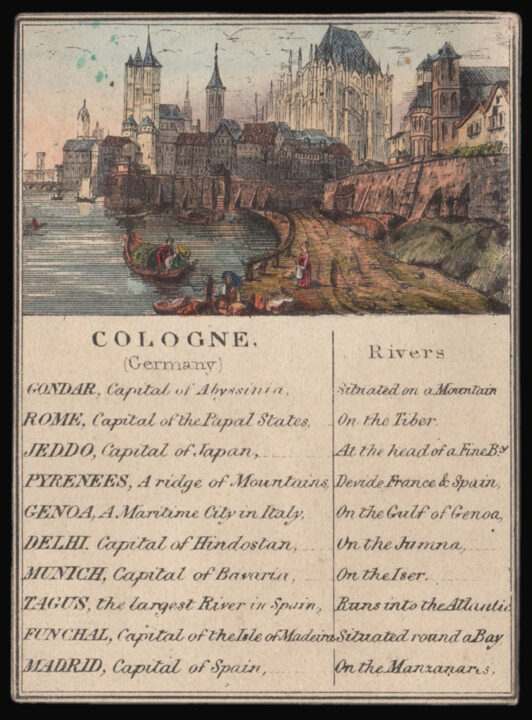 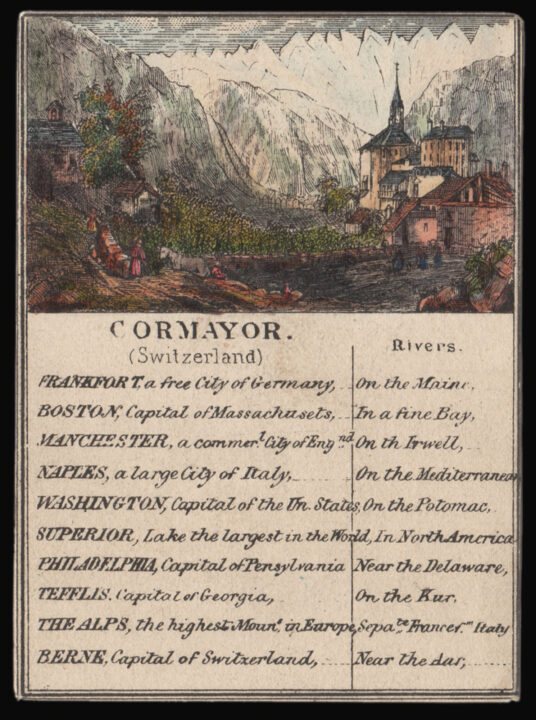 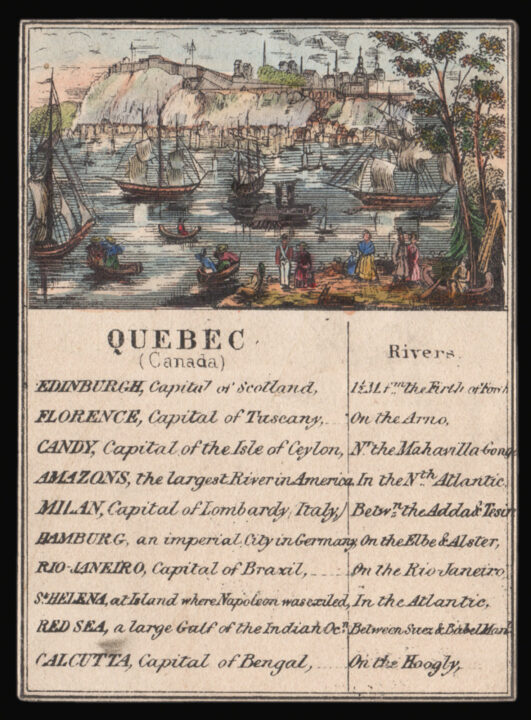 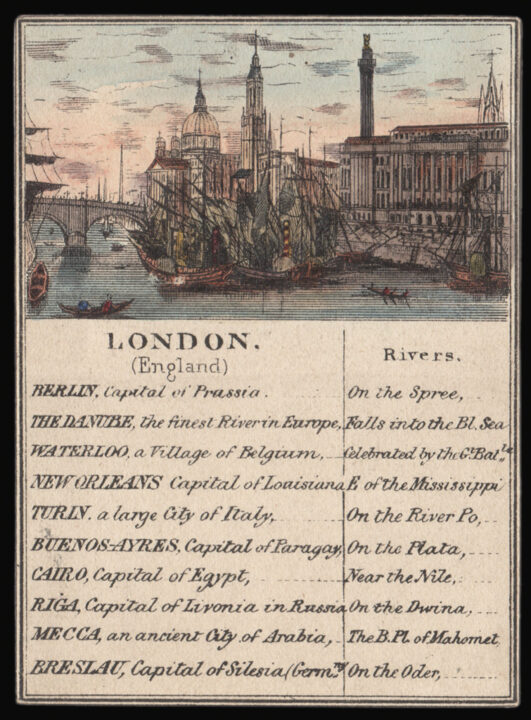 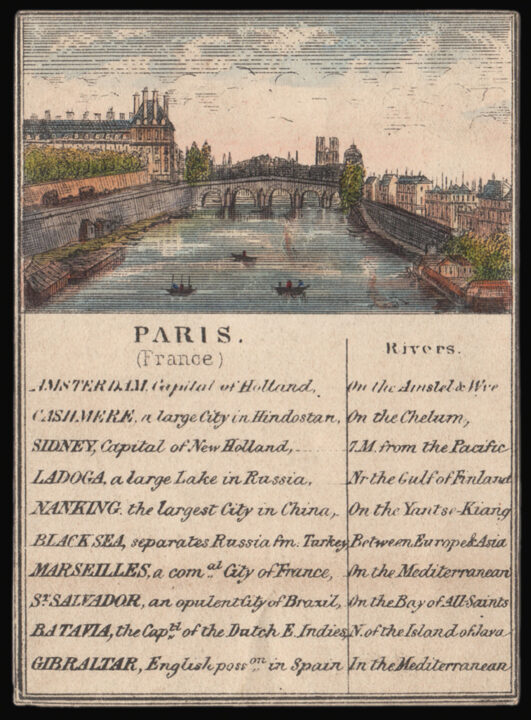 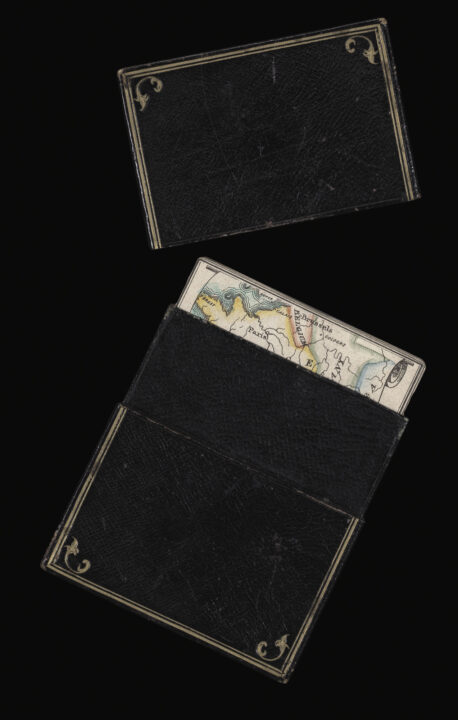 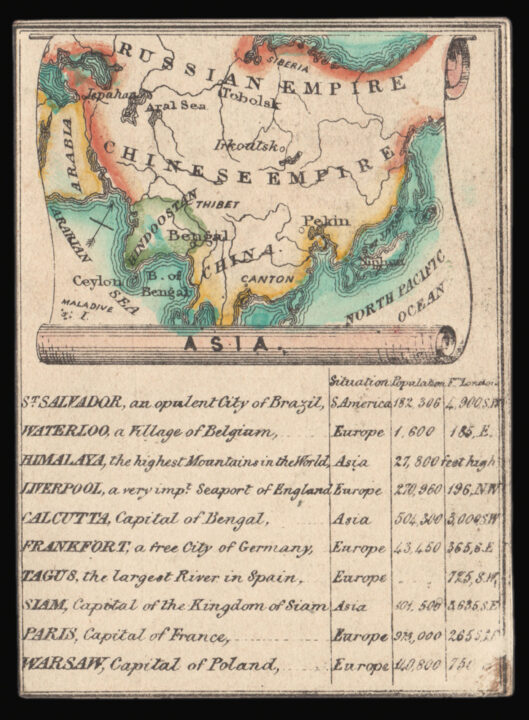 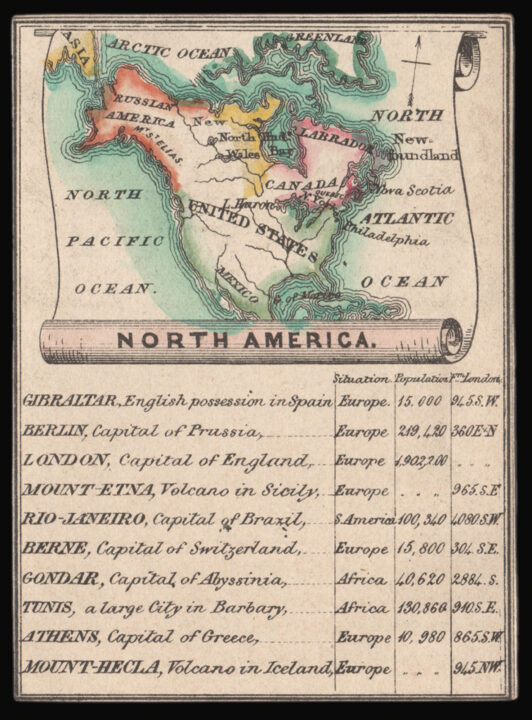 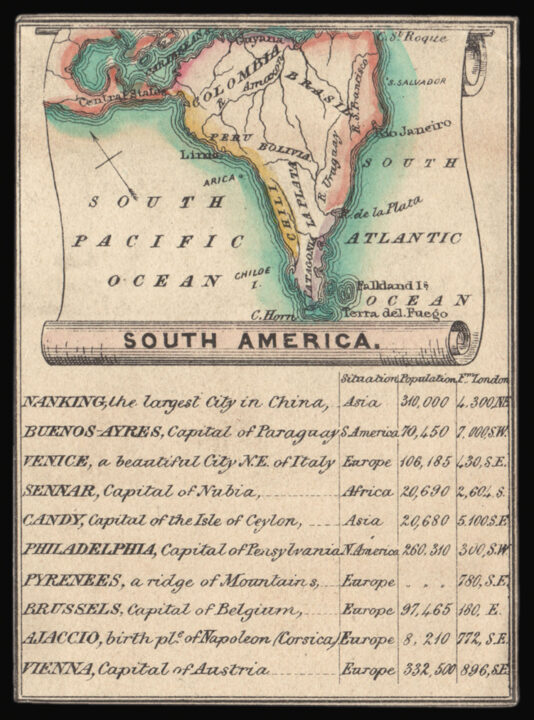 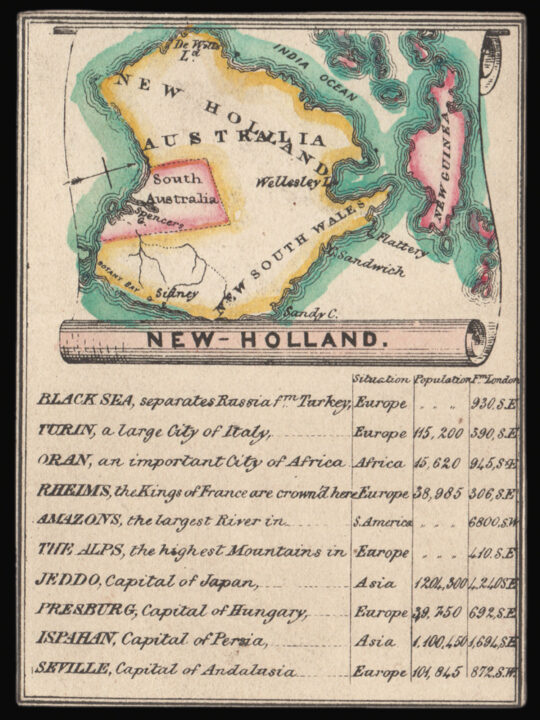 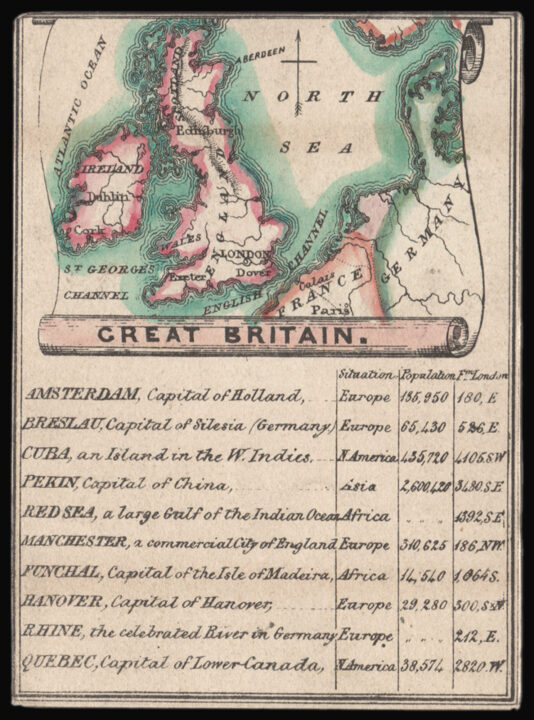 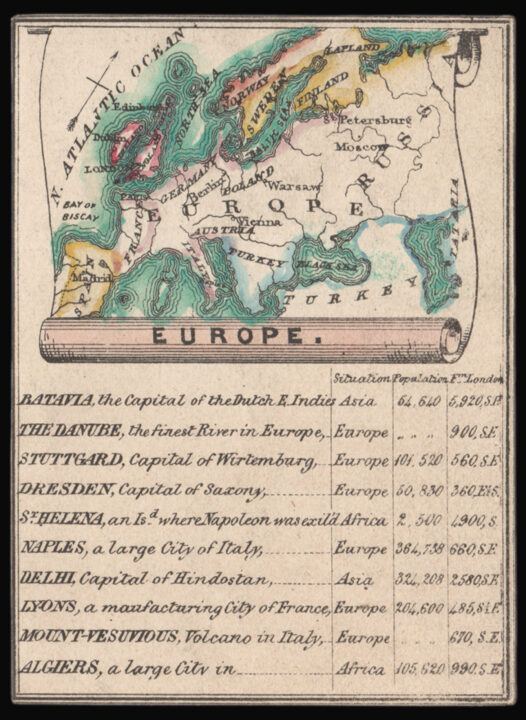 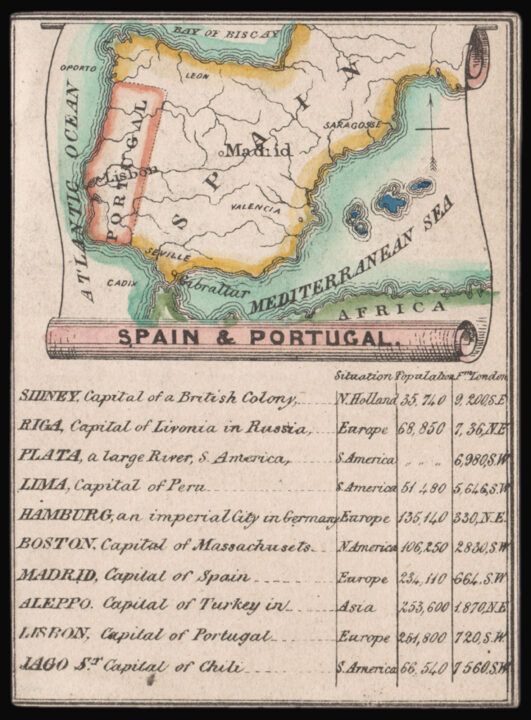 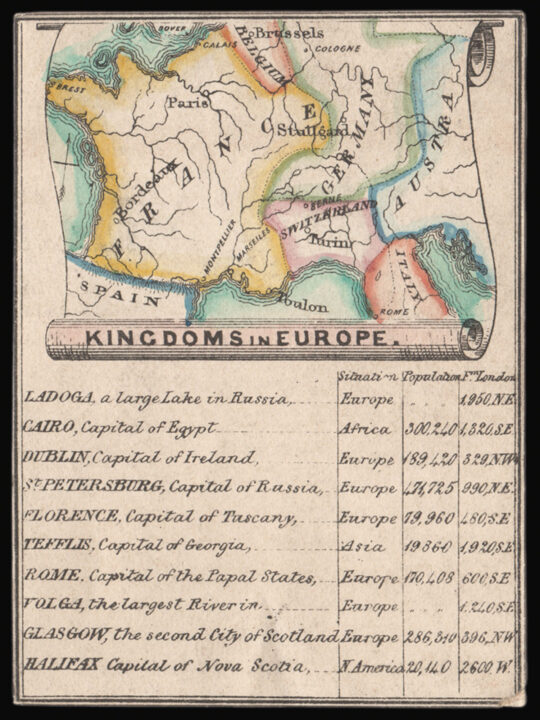