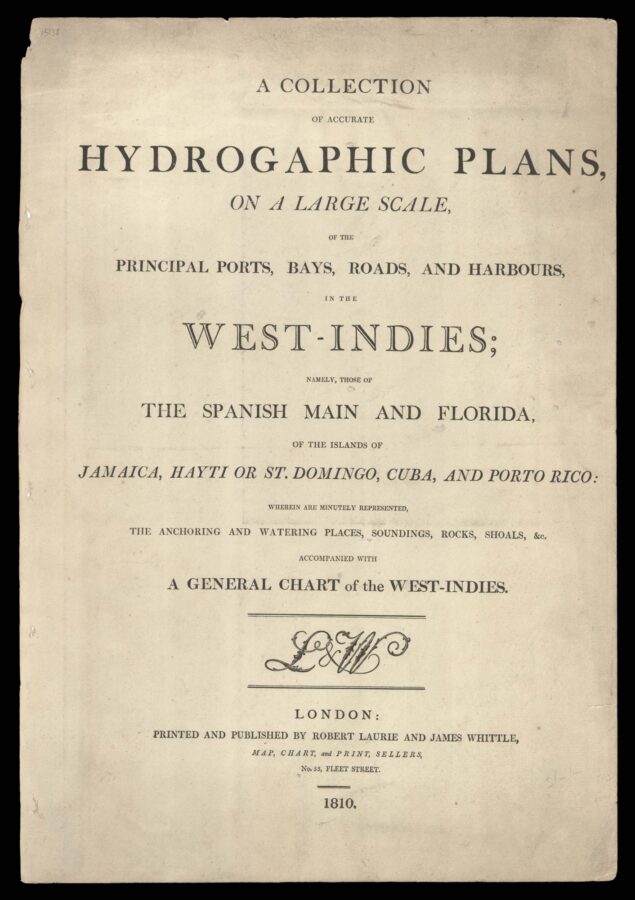 An atlas for the Sugar Trade

By SAYER, Robert and Thomas JEFFERYS, 1816

A Collection of Accurate Hydrogaphic [sic] Plans, on a large scale, of the Principal Ports, Bays, Roads, and Harbours, in the West-Indies namely, those of the Spanish Main and Florida, of the Islands of Jamaica, Hayti or St. Domingo, Cuba, and Porto Rico: wherein are minutely represented, the Anchoring and Watering Places, Soundings, Rocks, Shoal, &c. Accompanied with a General Chart of the West-Indies

Laurie and Whittle’s abridged edition of Robert Sayer’s ​‘West India Atlas’ published in 1794. The atlas, the brain-child of Thomas Jefferys, was first published in 1778, and designed to aid the highly lucrative sugar trade, which by this point accounted for around one-fifth of all imports to Europe, eighty percent of which was supplied by French and British colonies in the West Indies. Unfortunately, Europe’s insatiable desire for sugar drove a viler – although no less lucrative – trade: that of the trafficking of slaves from the west coast of Africa to the Caribbean plantations. It is estimated that by the time the atlas was published, some 400,000 enslaved people were at work in the British Caribbean colonies.

Unfortunately, Thomas Jefferys would not live to see the publication of his ​‘West Indian Atlas’, and it was left to Robert Sayer who, in partnership with John Bennett, acquired his materials and published the atlas posthumously under Jefferys’ name. The work was evidently a commercial success as there were five subsequent editions under the Sayer and Bennett imprint. In 1794 an expanded and modified version with 61 plates was published under Sayer’s sole imprint. In the same year Laurie & Whittle acquired Sayer’s plates, and they published a further version with the same title-page, but with their imprint. Charts 29 and 30 of Guantanamo and St. Yago, bear the imprint of James Whittle and Richard Holmes Laurie, Robert Laurie’s son, who succeed his father towards the end of his life.

The Laurie and Whittle partnership was formed in the late eighteenth century by Robert Laurie (1755–1836) and James Whittle (1757–1818). Laurie was apprenticed to Robert Sayer in 1770 and made free in 1777. He was a skilled artist, who exhibited at the Society of Artists from 1770, winning a silver palette for a drawing in 1770, and he was also an accomplished engraver of mezzotint portraits and produced views and other decorative items. In about 1792 he returned to the Sayer business and took it over from the ailing Sayer in 1794.

Whittle was apprenticed into the Needlemakers’ Company, evidently made free by 1792, and joined with Laurie to take over the Sayer business in 1794.

Rare: no examples have appeared at auction in current records; only two institutional examples are known, one in the BL, and another at the Huntington, which is bound with a two-page chart of the West Indies. 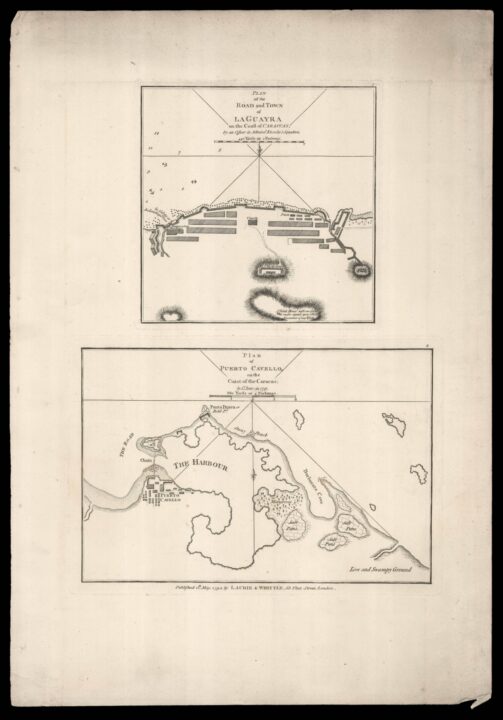 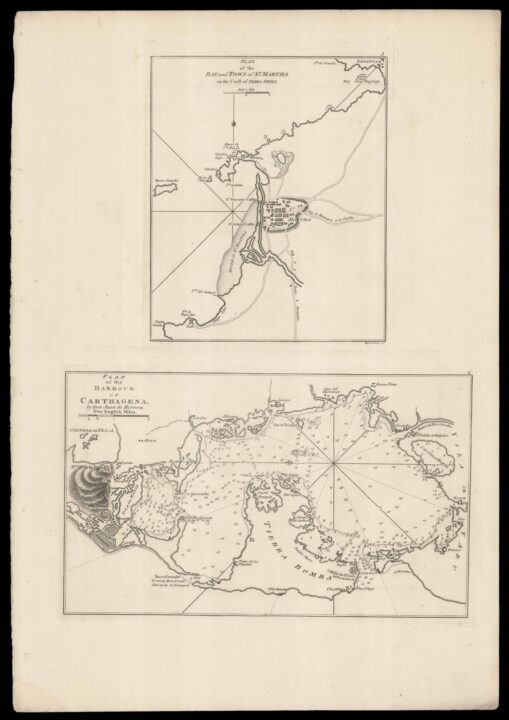 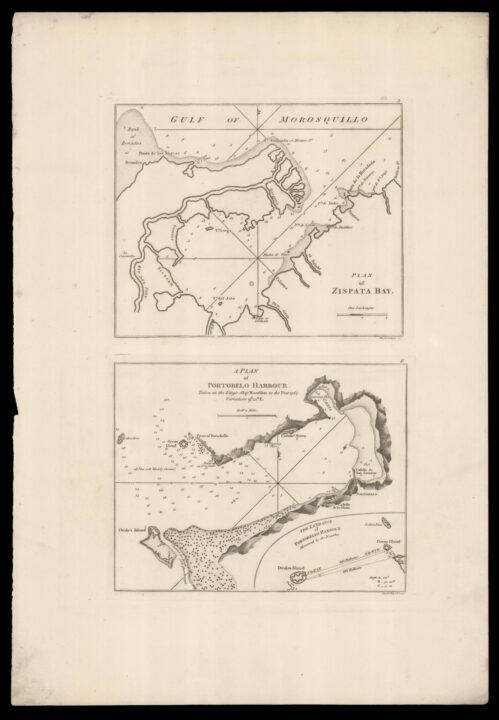