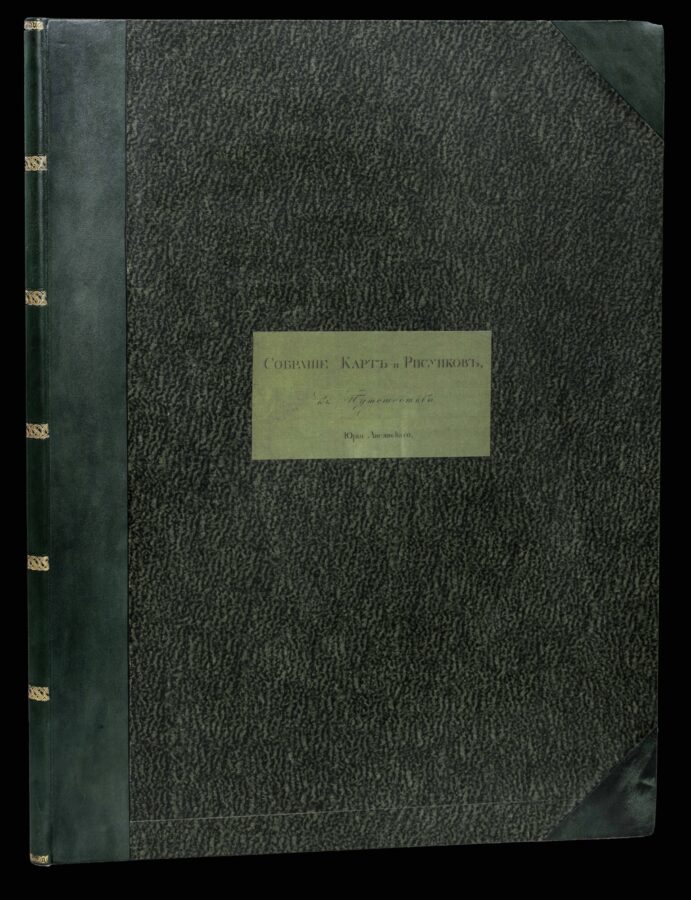 The very rare atlas to the first edition of Lisyanskiy’s voyage.

Lisyanskiy, commanding the Neva, participated in the first Russian circumnavigation of the globe under the command of Kruzenshtern. While Kruzenshtern on his ship the Nadezhda spent most of his time in Kamchatka and Japan, Lisyanskiy with his ship crossed to Sitka and Kodiak, and played an important role in Baranov’s reoccupying the original Russian fort and settlement there. It had been previously overrun by Kolosh indians, who had massacred the entire garrison of the Russian-American Company.

Next to maps of these regions, the present atlas also shows local artefacts, including boats and dress, each with a figure indicating the scale of reduction — sometimes up to 16 times.

The Neva arrived at Hawaii on June 8th, 1804. The atlas contains a map of Hawaii showing the whole island group, with the route of the ship showing that it coasted along the Kau coast of Hawaii, anchored in Kealakekua Bay, then continued along the Kona coast before heading to Waimea, Kauai, where it anchored. Hawaiian artefacts are also illustrated in one of the plates.

We could not trace any copy at auction in the last half-century.

Forbes gives two locations: University of Hawaii and Yale University; to which we could add only five other ones outside Russia: the Rasmuson Library in Alaska, the Bancroft Library in California, the NY Public Library and the Bizzell Memorial Library in Oklahoma, together with an example at the BnF, apparently the only copy outside the United States. The Harvard copy lacks the atlas, and we are aware of another example in private hands. 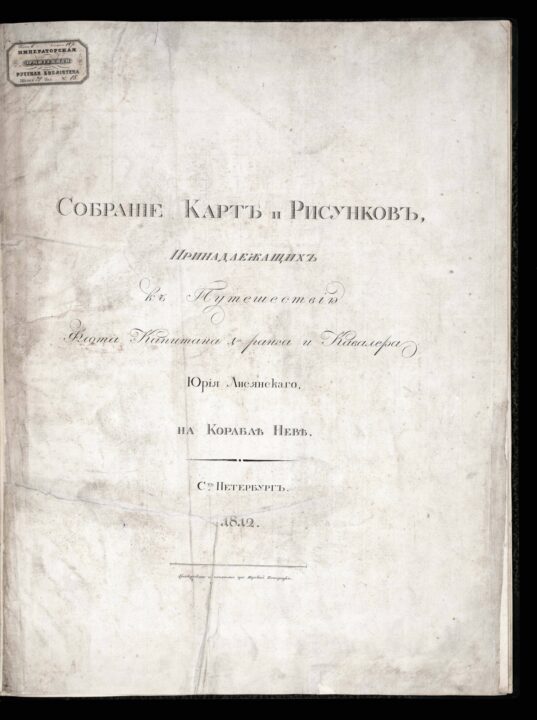 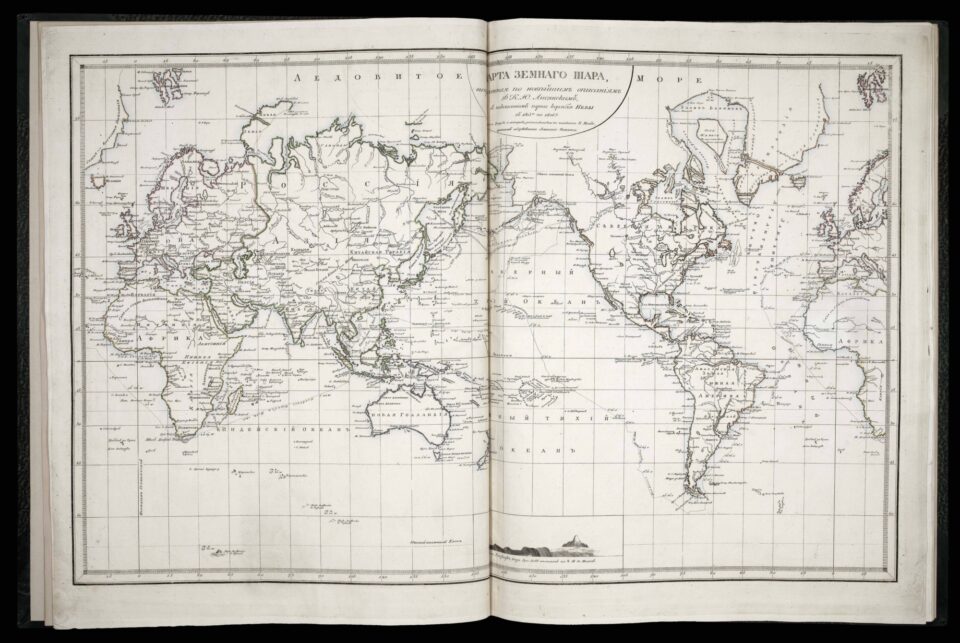