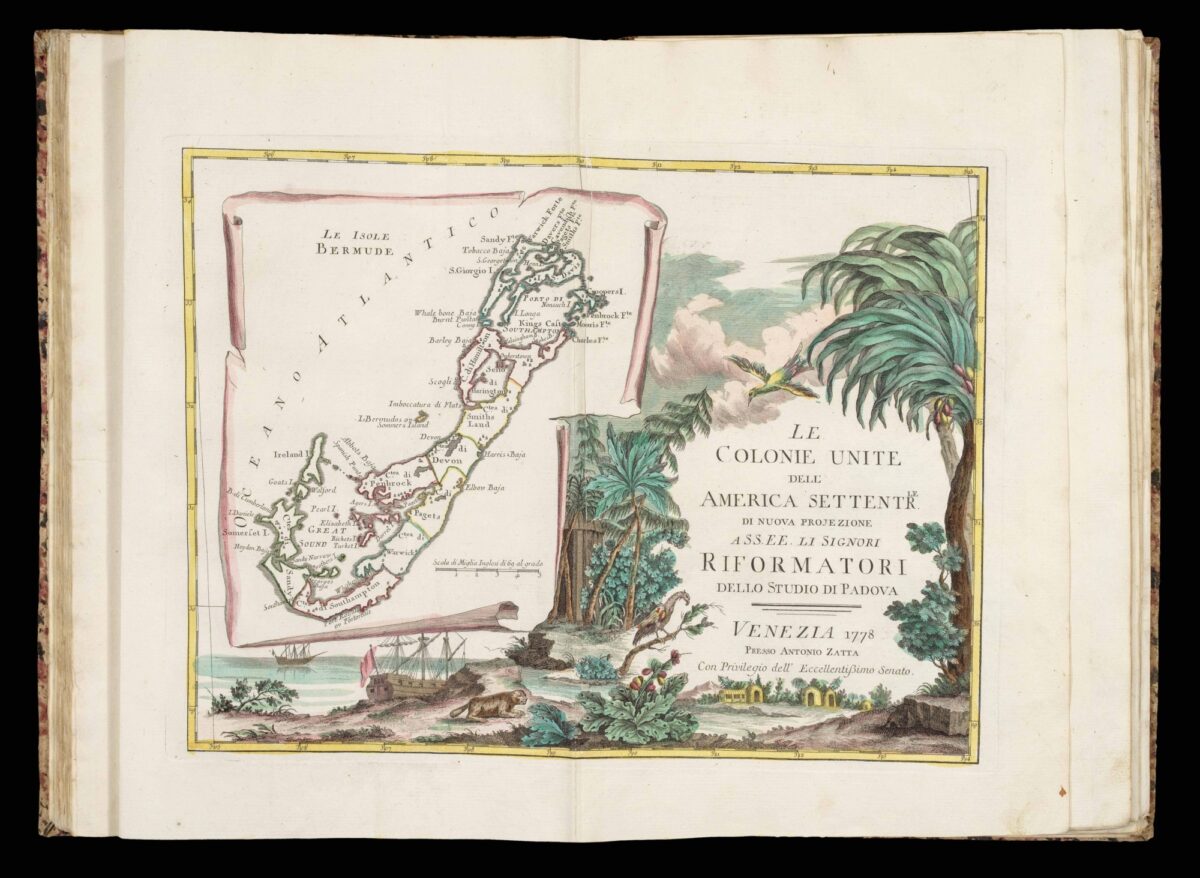 A survey of colonialism and commerce in North America

A very fine example of the first publication of Zatta’s interpretation of John Mitchell’s famous map of America ​‘Map of the British and French Dominions in North America’ of 1755.

The Maps
An inset map of Bermuda appears on the engraved title-page to the atlas section, followed by a general map of the 13 British colonies in North America, titled ​‘Il Canada’. The next 12 sheets can be assembled to form one large wall-map of the north American continent after Mitchell’s map. The last map is ​‘La Baja D’ Hudson…‘

The accompanying text by Abbe Raynal (1713–1796), includes an account of each of the thirteen American colonies, Hudson’s Bay, Canada and Louisiana: ​“adopting deistical and libertarian attitudes associated with Montesquieu and Voltaire, … the exoticism, anecdotal style, and strident advocacy of social and economic reforms that characterized this survey of colonialism and commerce… made it one of the bulwarks of the French Enlightenment. But its open anticlericalism and advocacy of the right of insurrection alarmed the French monarchy and led to a decree of Parliament of 1781 ordering Raynal’s arrest and the confiscation of his property… the last section of his ​‘Histoire philosophique’, also published separately as ​‘Revolution de l’Amerique’ (1781), helped to bring about American independence; he also maintained that more than 25,000 copies were distributed throughout the colonies” (A. Owen Aldridge for ADNB).

Antonio Zatta (fl1757-1797), a leading European cartographer and publisher of finely printed books, is probably best known for his ​‘Atlante Novissimo’, a four-volume atlas of the world, which incorporated the maps of the ​‘Storia dell’America…’, and is one of the most beautiful of all eighteenth century atlases. 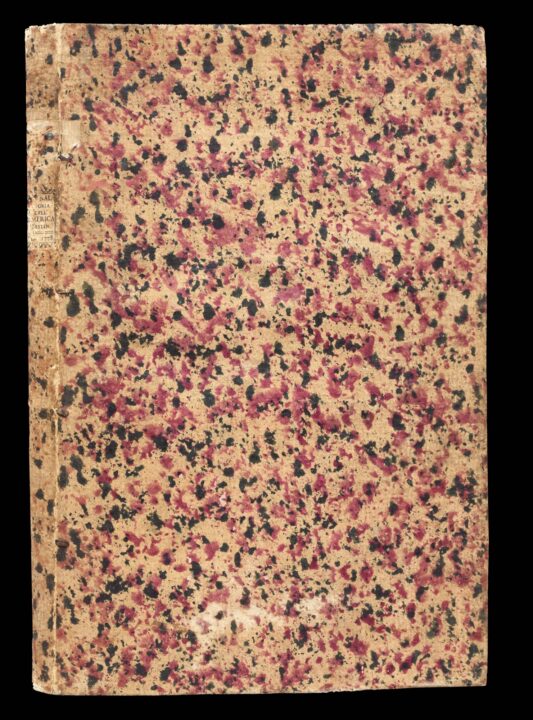 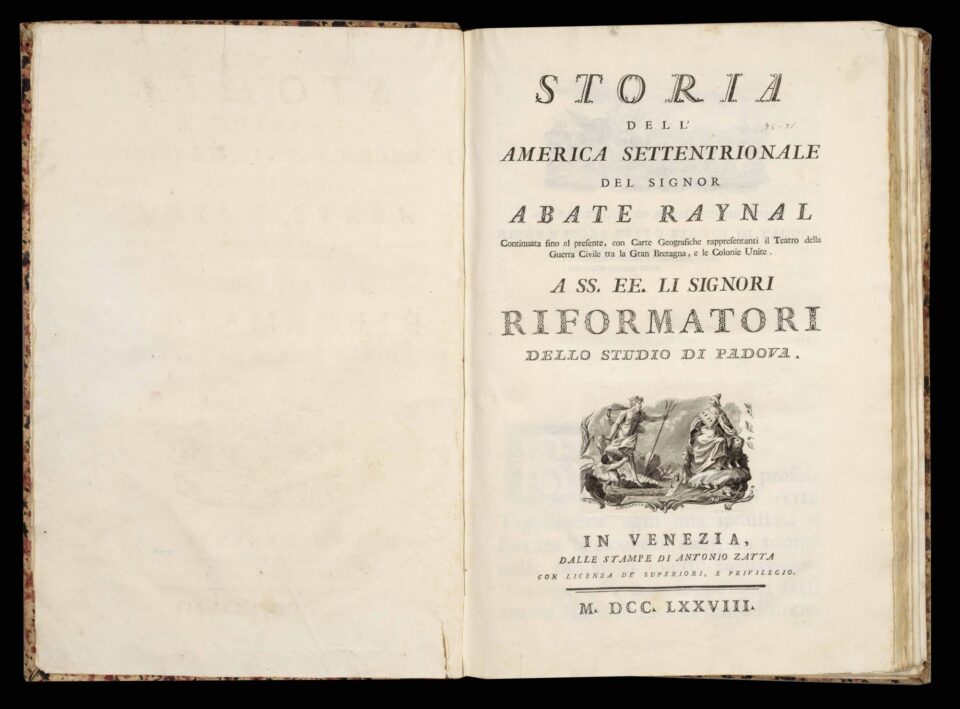 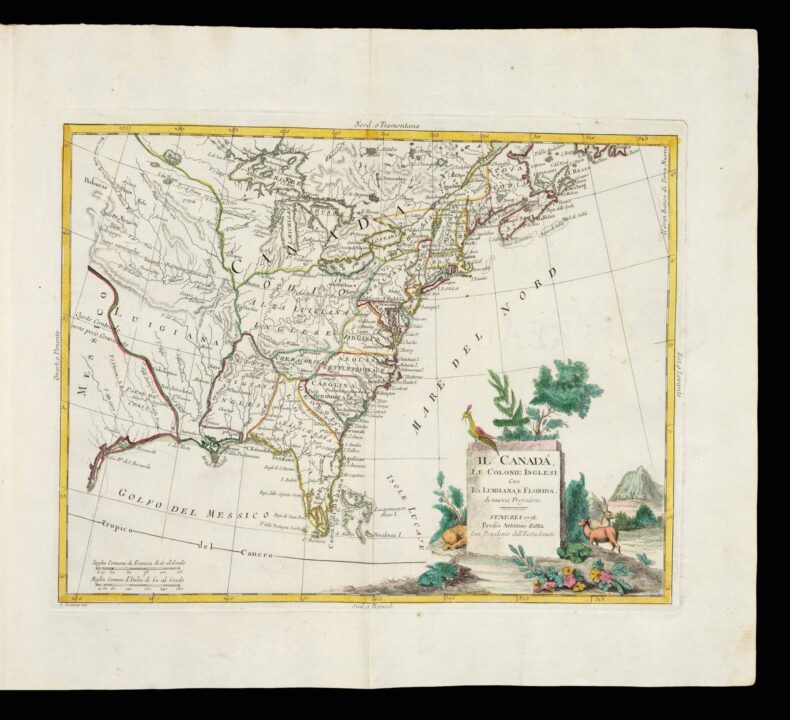