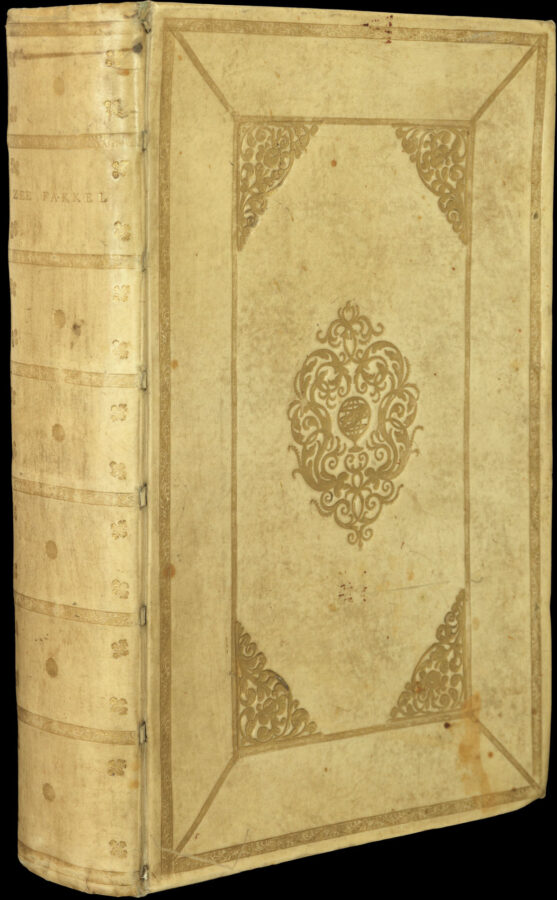 A sumptuously presented ​‘Zee-fackel’ from the library of F.C. Koch

Johannes van Keulen established himself in Amsterdam in 1678 and, in 1680, he obtained a privilege from the States General of Holland and West Friesl and allowing him to print and publish maritime atlases and shipping guides. This privilege, which protected against the illegal copying of printed material, was especially important for the cartographer’s atlases, produced with extensive initial costs. Van Keulen named his firm ​“In de Gekroonde Lootsman” (“In the Crowned Pilot”), and began collaborating with cartographers Claes Jansz. Vooght and Johannes van Luyken. In 1681 the ​‘Nieuwe Lichtende Zee-Fakkel’ appeared, a five volume atlas for which Vooght compiled the maps and which was illustrated by Johannes van Luyken. The ​‘Zee-Fakkel’ made Johannes van Keulen famous and was published in five volumes between 1681 and 1684, with over 130 new charts. Van Keulen’s son, Gerard van Keulen (1678–1726), continued his work and produced new editions of the various volumes. His grandson, Johannes II van Keulen (1704–1755), published a new edition of the volume, with maps of Asian waters, in 1755. The lineage of mapmakers saw yet another member of the Van Keulen legacy with great-grandson Gerard Hulst van Keulen (1733–1801), who occupied himself with the last editions of the ​‘Zee-Fakkel’.

The atlas is justly famous for its fine vignettes, mostly by van Luyken, depicting regional costume, customs, flora and fauna. Geographically, the ​‘Zee-Fackel’ is of particular interest for its mapping of the Americas. It includes detailed charts of Dutch interests in Surinam, Guiana, and the Caribbean, a large-scale and hopelessly inaccurate chart of the Bahamas, and one of the earliest obtainable coastal charts of New England: a detailed chart of Cape Cod, including, curiously, a palm tree-inspired cartouche. Further, Van Keulen was one of the first chartmakers to incorporate Augustine Hermann’s landmark mapping of the Chesapeake from 1673, even to the extent of utilizing Hermann’s symbols for the plantations along the bay and various rivers.
The atlas is also noteworthy for its coverage of the Archangel and the White Sea, which reflects the growth of Dutch trade and interest in the region during the mid to late seventeenth century.


Collation:
The contents of the present example correspond closely with that of the 1689 atlas in the Maritime Museum in Rotterdam and collates as follows:

Bookplate of F.C. Koch, a famous Dutch book collector and historian whose library was sold at auction by Hauswedell and Nolte in Hamburg in 1974. 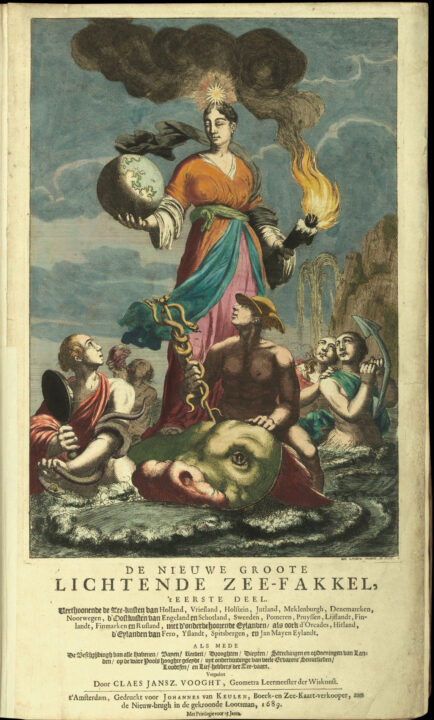 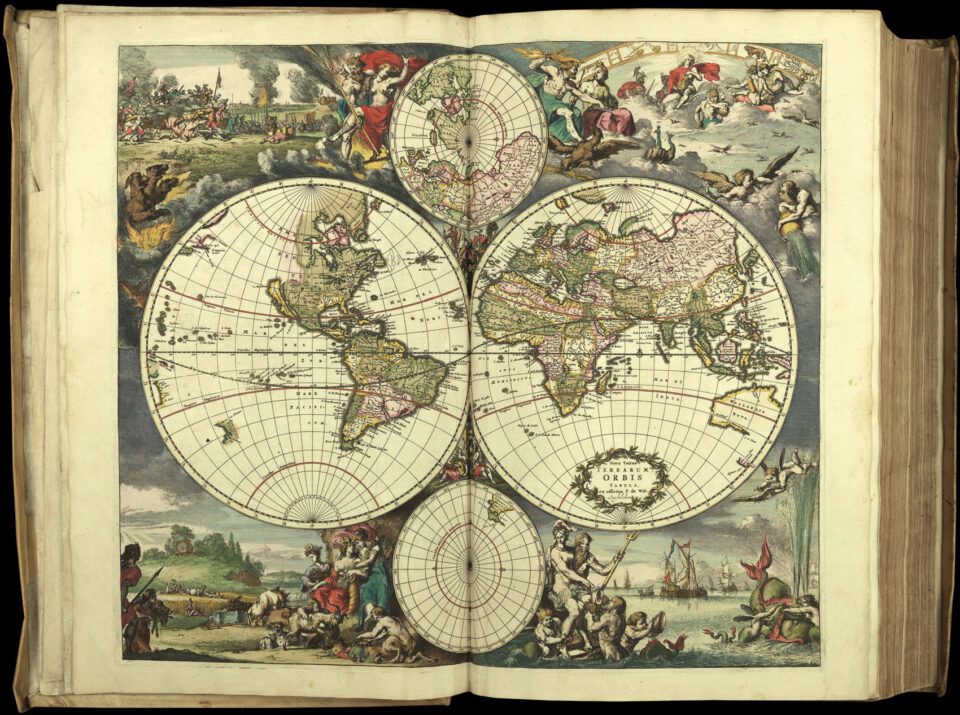 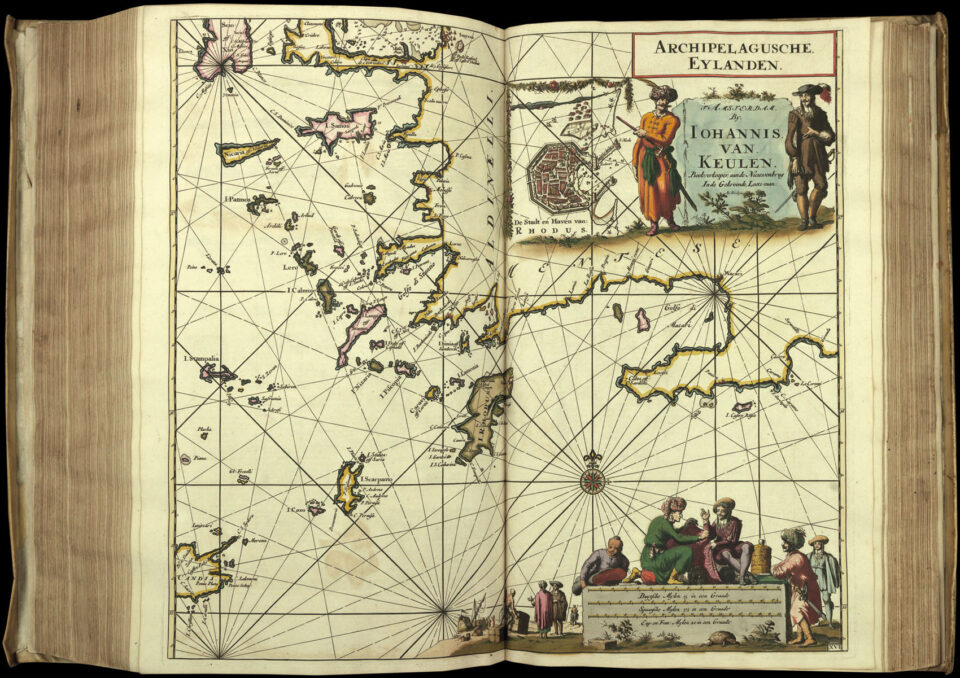 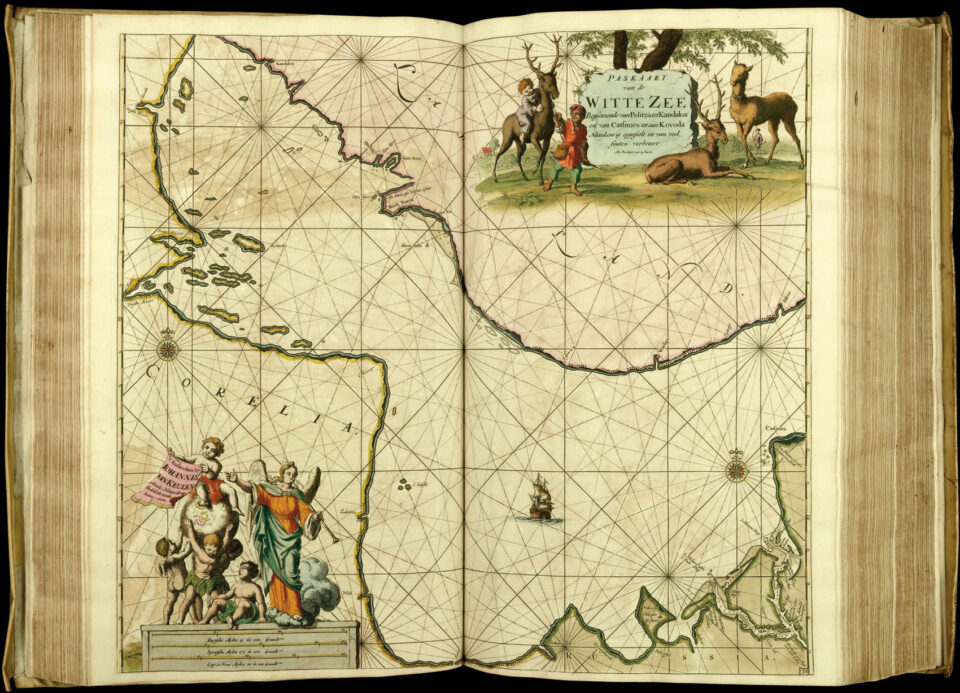 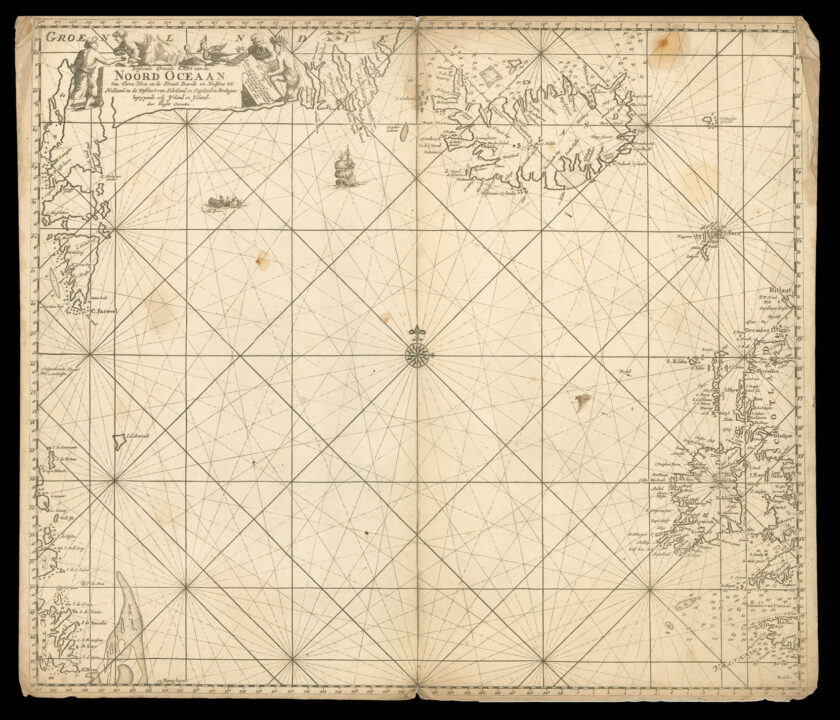