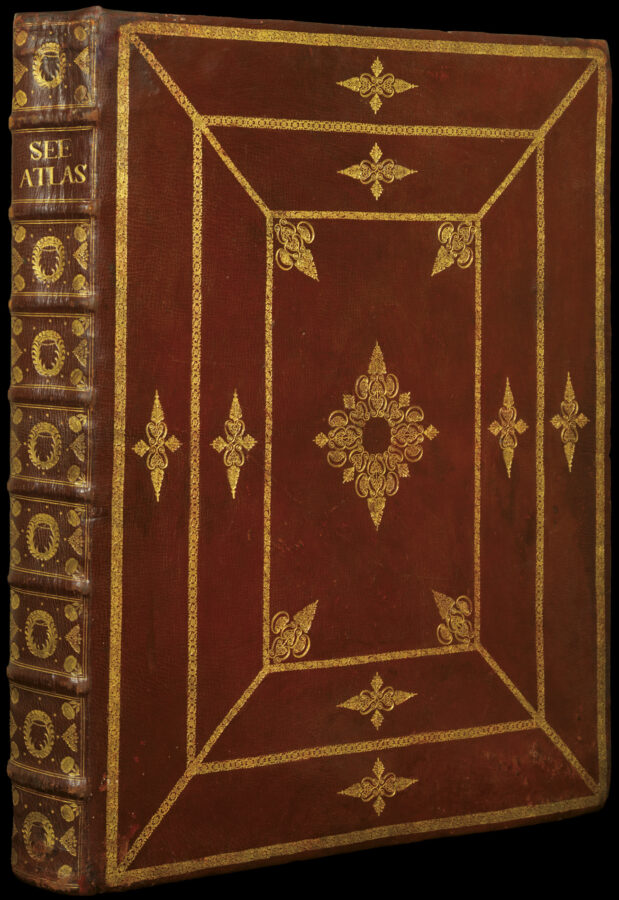 A sumptuous example of the ​‘Neptune François’, in full red morocco, lavishly gilt

The first part contains all 12 plates of naval ensigns and 31 charts (two more than called for by Koeman), which detail European waters from the Baltic to Portuguese coast. They are not only more lavish than any of those produced previously, but also are drawn upon Mercator’s Projection – only the second sea atlas to do so (for the first, see item 16). The two extra charts are Mortier’s world map of 1693, and a chart of Europe’s Atlantic coast.

The third part, first issued in 1700 as a supplement to the first, contains 37 charts, of which 20 cover the Africa coast, five Asia, and 11 the Americas. The volume also boasts the table Boussole des Vents, or table of winds, and a suite of 19 naval plates. The charts in the ​‘Suite’ are, for the most part, new productions by Mortier, as opposed to the close-copying of Parisian charts in the first volume, and Mortier used sources such as the ​‘English Pilot’ volumes for the American coasts. The present example also includes a fine impression of the celebrated world chart by Edmond Halley, together with the printed Dutch translation of Halley’s explanation which is frequently missing.

Halley’s isogonal chart first appeared as a separate publication in 1702, and Pieter Mortier’s close copy was probably issued shortly after. Halley’s Atlantic voyages, undertaken in the ​‘Paramore’ between 1698 and 1700, have been described as ​“the first sea journeys undertaken for a purely scientific object”. The resulting chart attempted, for the first time, to show the global incidence of isogonal lines enclosing areas in which the magnetic variation from true north was held to be constant. Mortier’s version is the first atlas dissemination of the chart, and was also the first to give the chart its westward extension, causing Australia and the Far East to appear on both sides of the sheet. 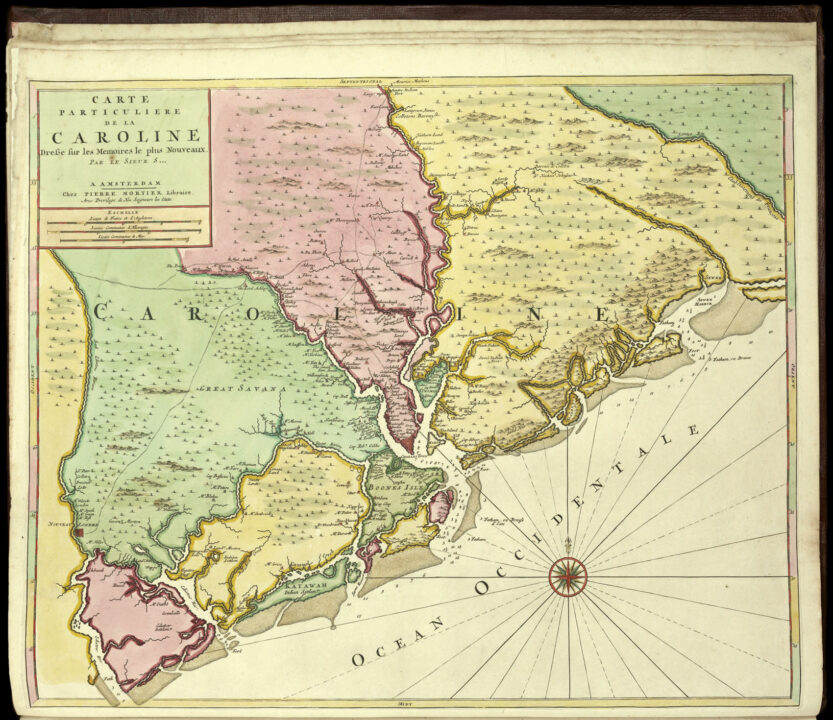 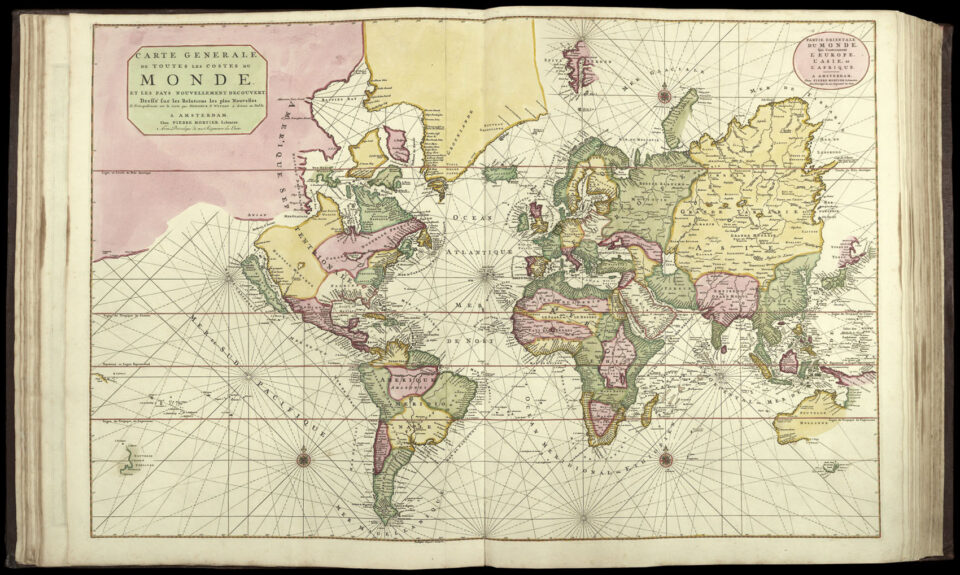 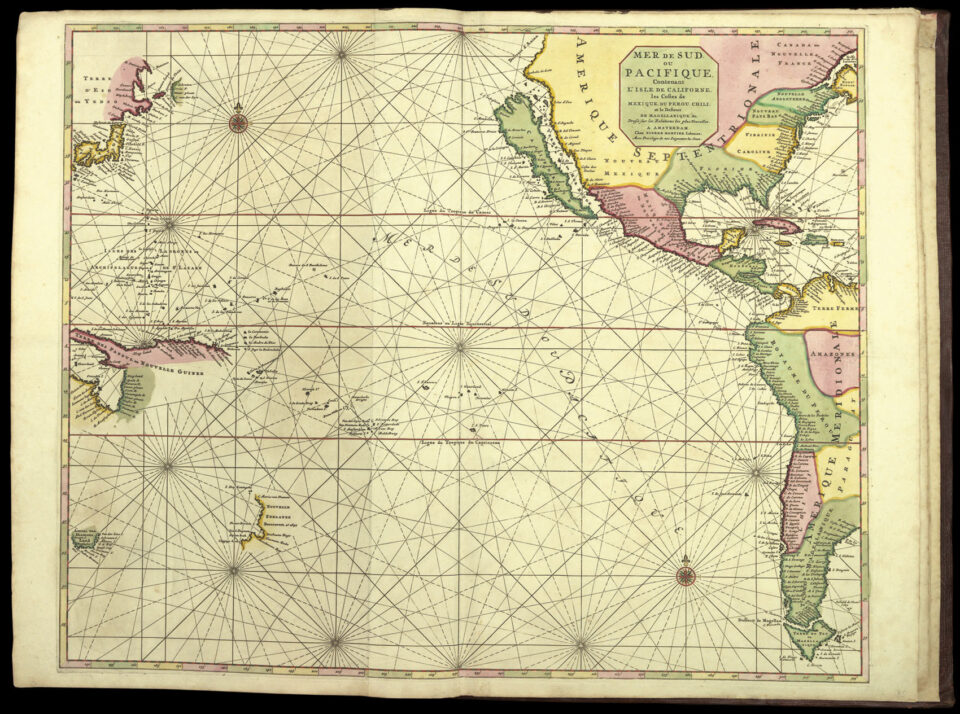 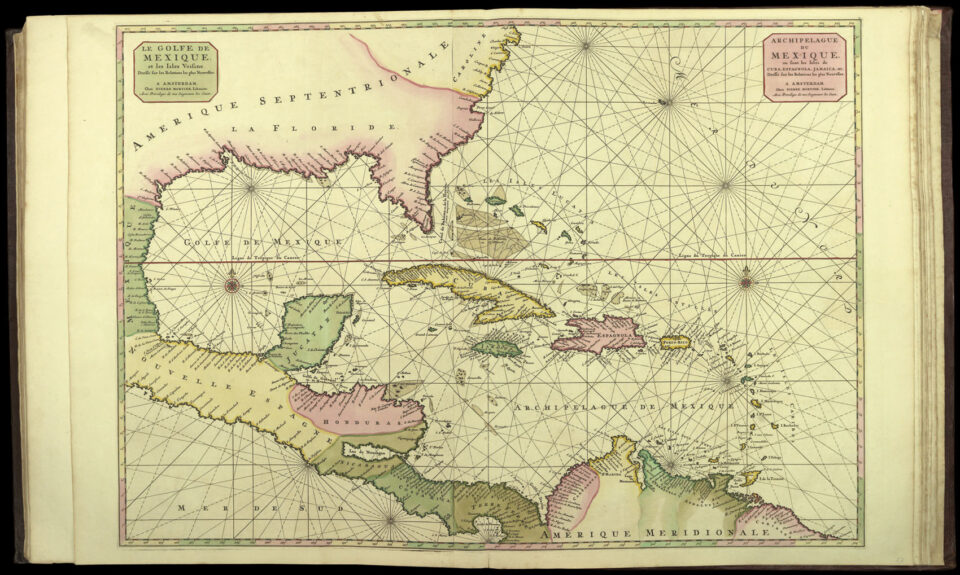 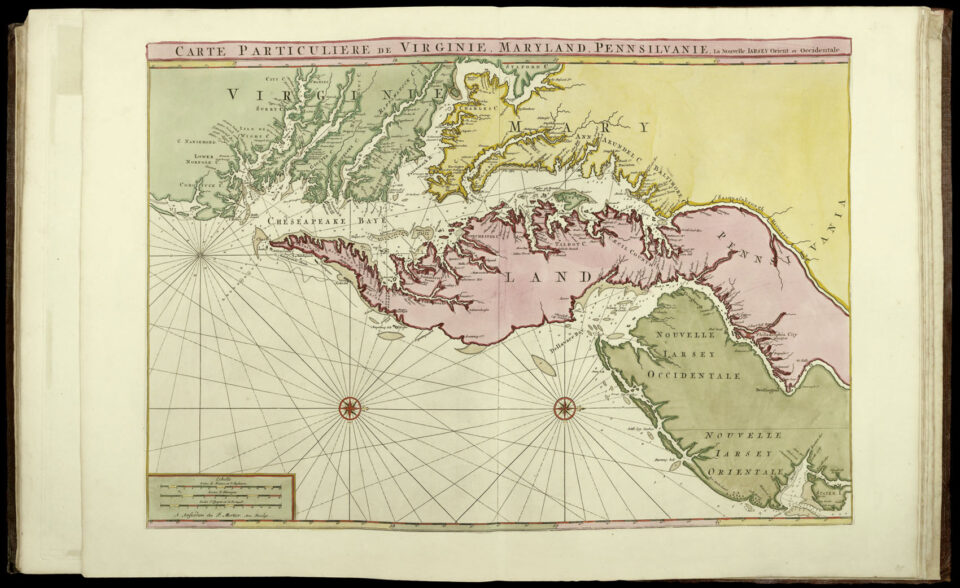