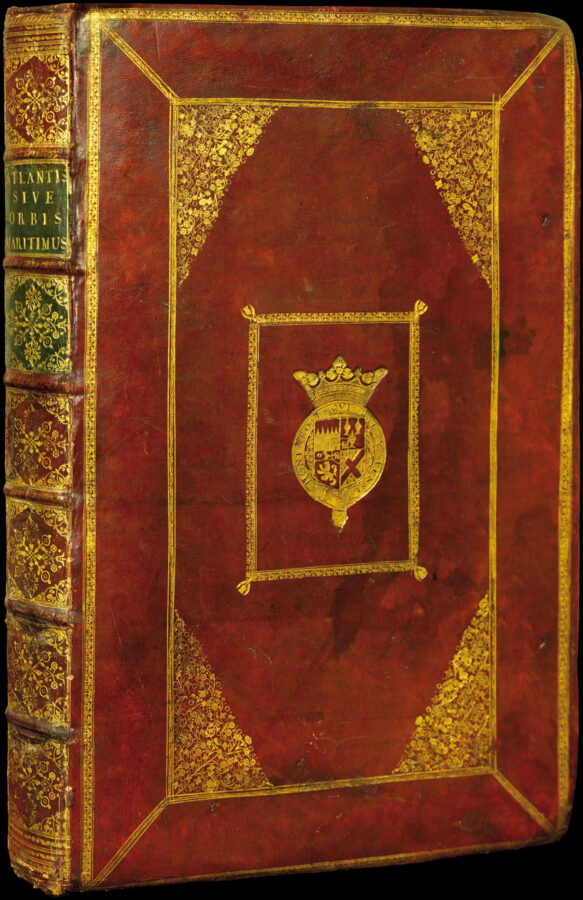 A sumptuous example of a landmark atlas

The ​‘Waterwereld’ was, Koeman states, the ​“first sea-atlas (in the real sense of the word) printed in the Netherlands”. It was first published in 1650, containing 23 charts and ten historical maps, and formed the fifth volume of Janssonius’ five volume ​‘Atlas Novus’ (please see item 11 for a full description). In 1657, Janssonius issued a new, six-volume edition of the ​‘Atlas Novus’. For this edition he added nine new charts to the ​‘Waterwereld’, removed the historical maps, and reset the text. As well as being issued within the ​‘Atlas Novus’, the ​‘Waterwereld’ was also issued separately, as in the present example.

One of the most important of the charts added to the 1657 edition was Jansson’s famous map of the New Netherlands, ​‘Belgii Novi, Angliae Novae, et Partis Virginiae …’, here present in its first state. The chart was first issued separately in 1651 and later bound into only the Latin editions of the 1657 ​‘Waterwereld’. Tony Campbell notes that this map was ​“the most up to date and detailed map of the region available.” It was the prototype of an entire series of maps of the Northeast that continued in print well into the eighteenth century.

Even if one accepts Koeman’s comments that ​“not all [of the maps] should be seen as charts”, and that ​“the elaborate printed text … is not pertaining to maritime affairs”, the 1657 incarnation of the ​‘Waterwereld’, with its large double-page engraved charts, elaborate title, and high production values, should be seen as the progenitor of the Dutch sea atlases produced from the 1660s onwards by the likes of Colom (see item 14), Doncker (see item 15), and Goos (see item 17).

The present example is bound in contemporary full red morocco with a ducal coat-of-arms, and bears the bookplate of ​‘Emo Park Library’ to the upper paste-down. Emo Park in Ireland was the one time seat of the Earls of Portarlington, a title that was created in 1785 for John Dawson, 2nd Viscount Carlow. 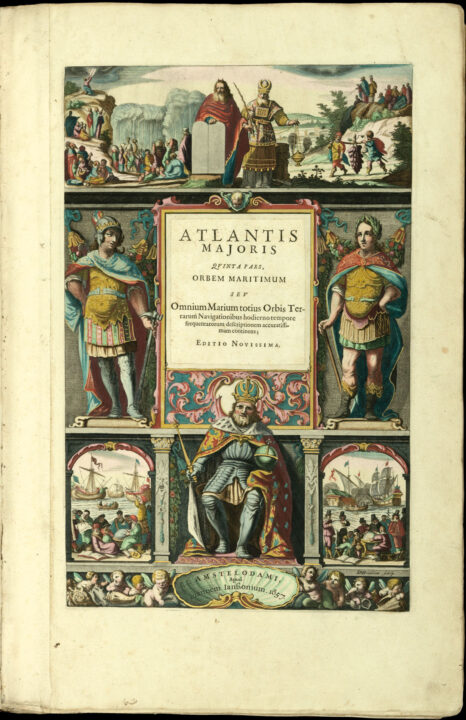 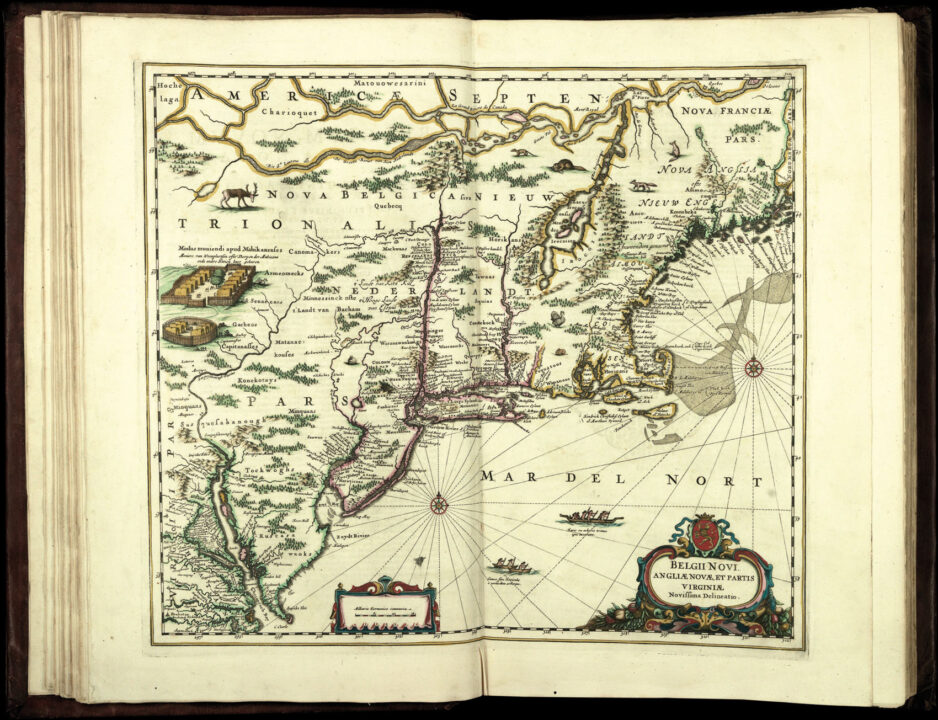