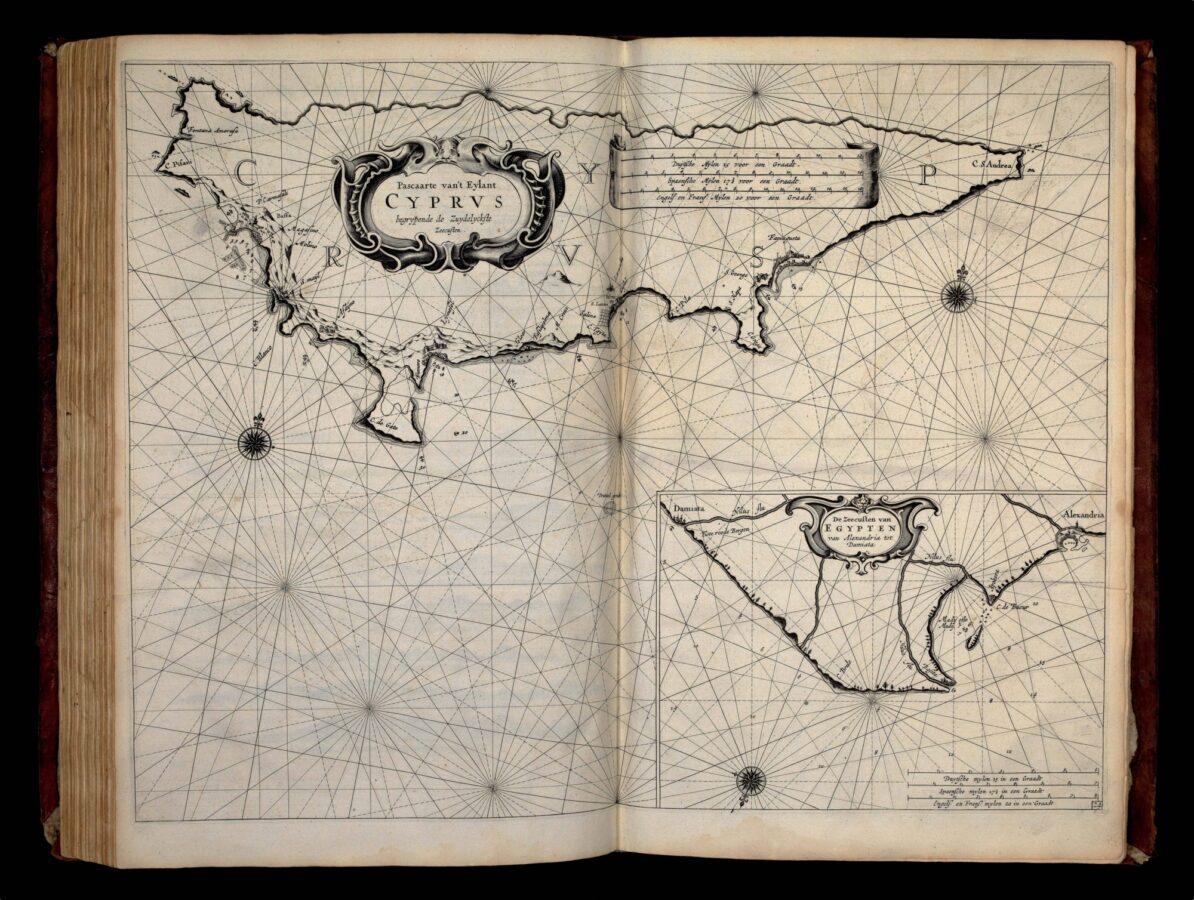 Lighting Colom of the Midland Sea… containing a Description of all the knowne Coasts, Islants, Sands, Depthes, and Roads, begining from the narowest, of the Streat, unto Alexandrette in the Levant. at Amsterdam.

The third book (‘Straets-boeck’) of Pieter Goos’s ​‘Lighting Colom’ (‘Zeespiegel’), which details the Mediterranean navigation. This ​‘Straets-boeck’ – or ​‘Straights Book’, so named after the Straits of Gibraltar – was first published by Goos with Dutch text in 1662 and, in that same year, with a different title page as part III of the ​‘Zee-Spieghel’. The charts in the work were newly engraved by Goos, but the text was borrowed from Jacobsz Lootsman’s ​‘Straets-boeck’ of 1648. In the contents the author explains the differences between the handling of the compass by the Dutch and Italians, and that the information in this work is adapted to Dutch use. He also explains why the charts have no degrees of latitude, as well as the use of the backstaff. The list with ​“The height of Som Places in the Midle-land Sea” contains additions and corrections in manuscript.

Rare. We are only able to trace one example – the present copy – coming up for sale in the past 35 years. 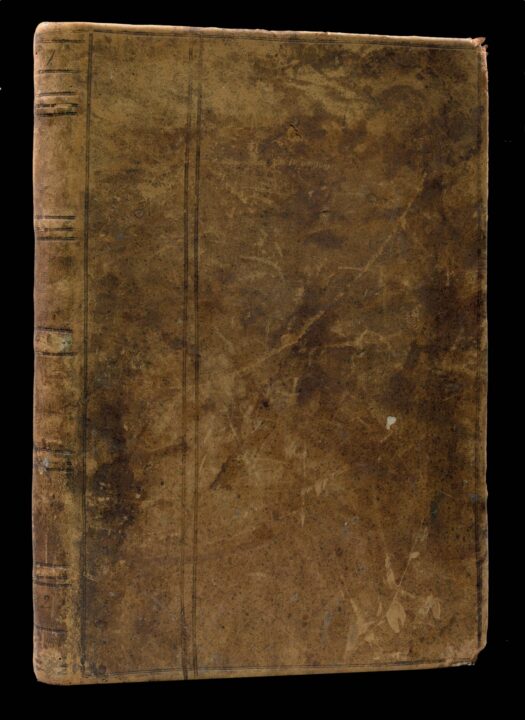 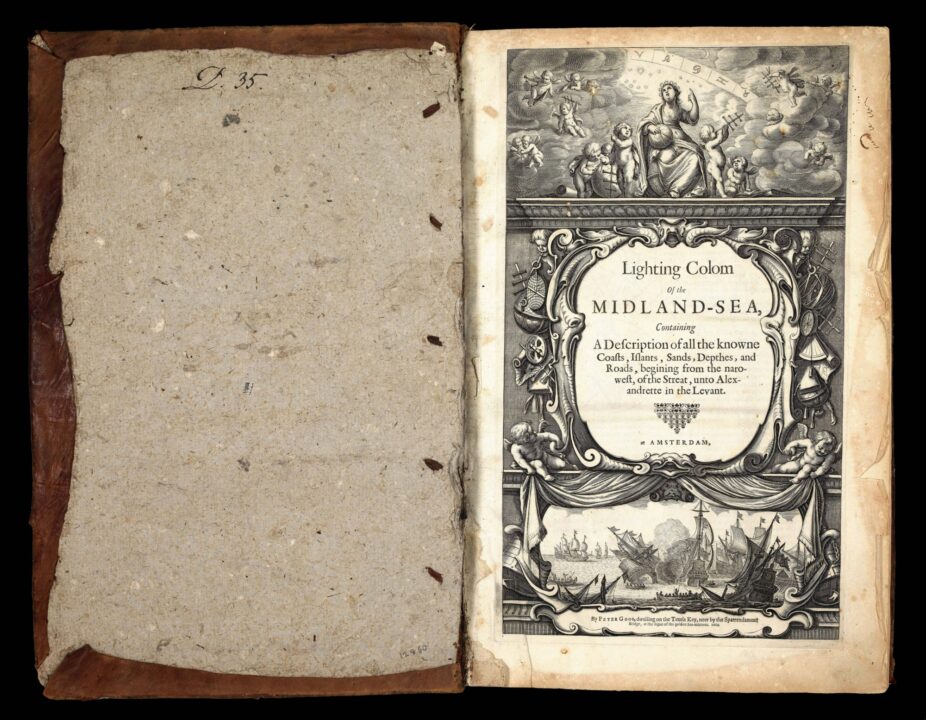 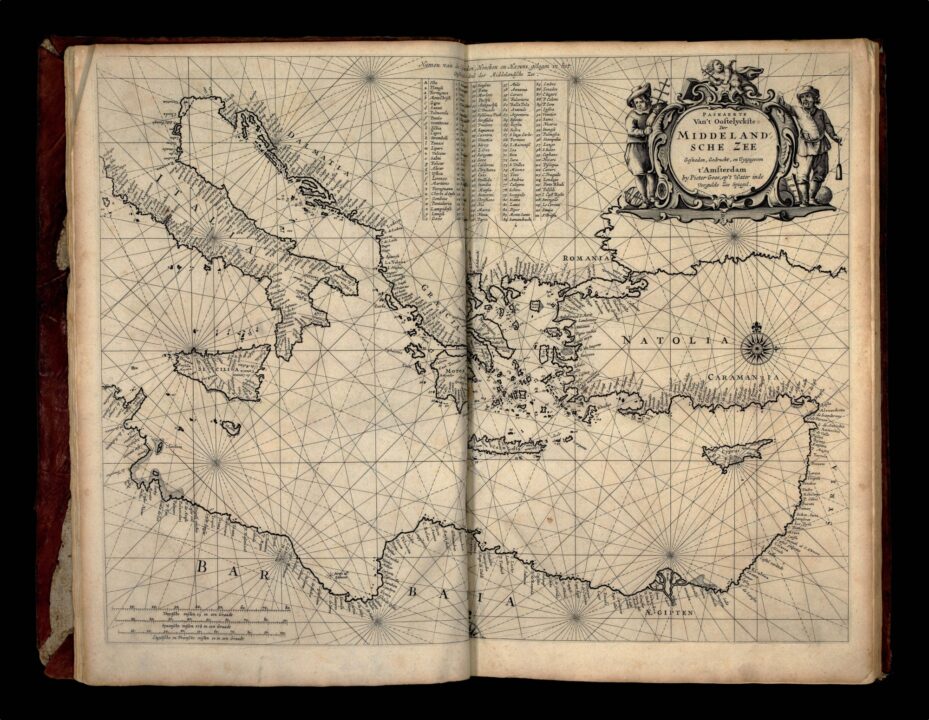 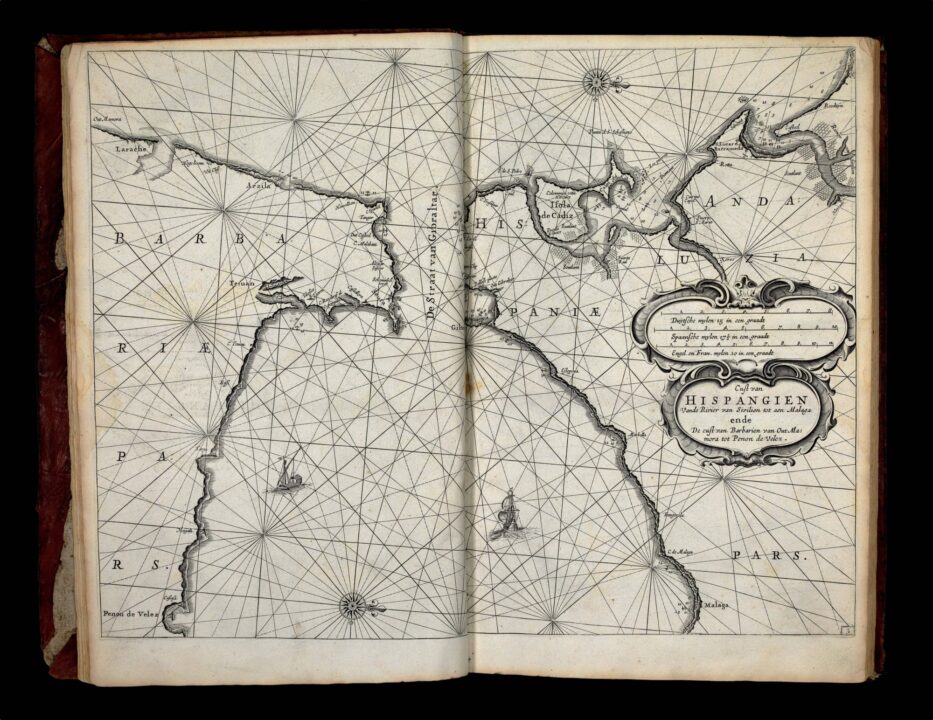 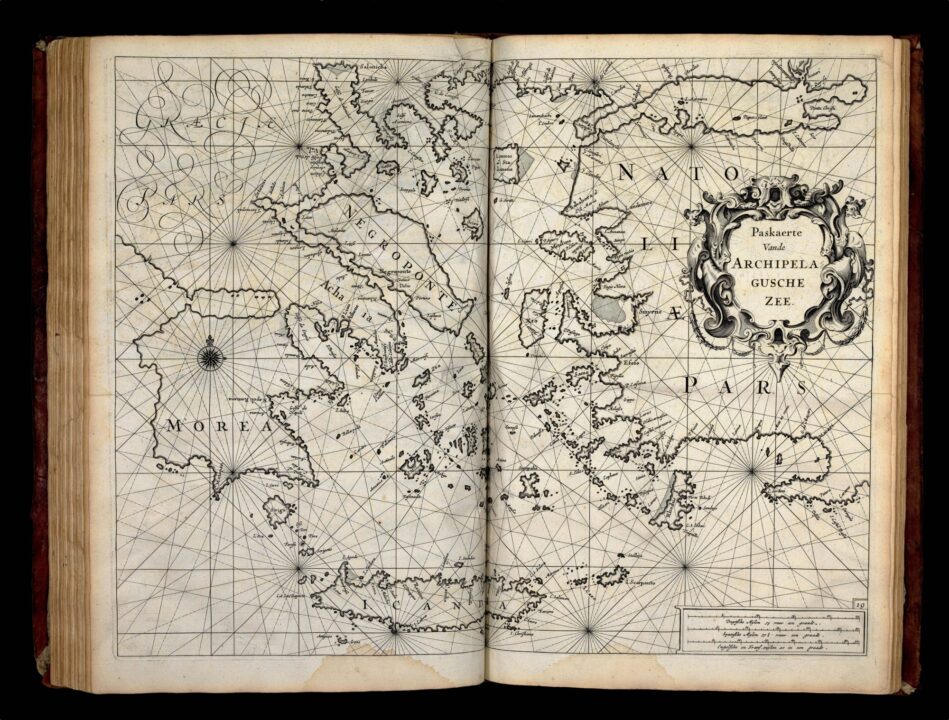 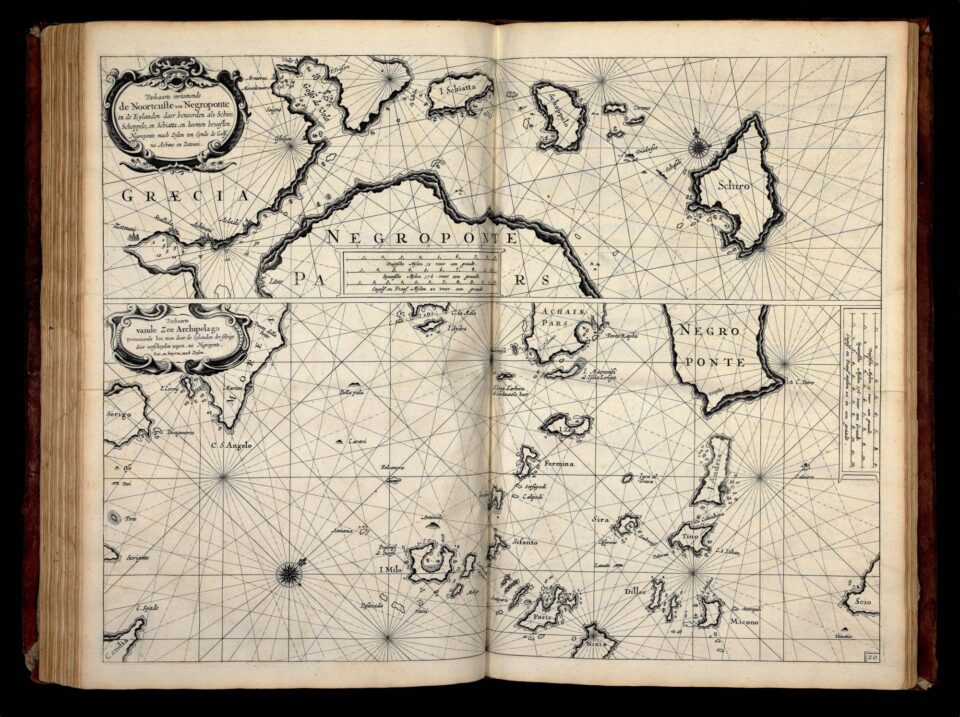