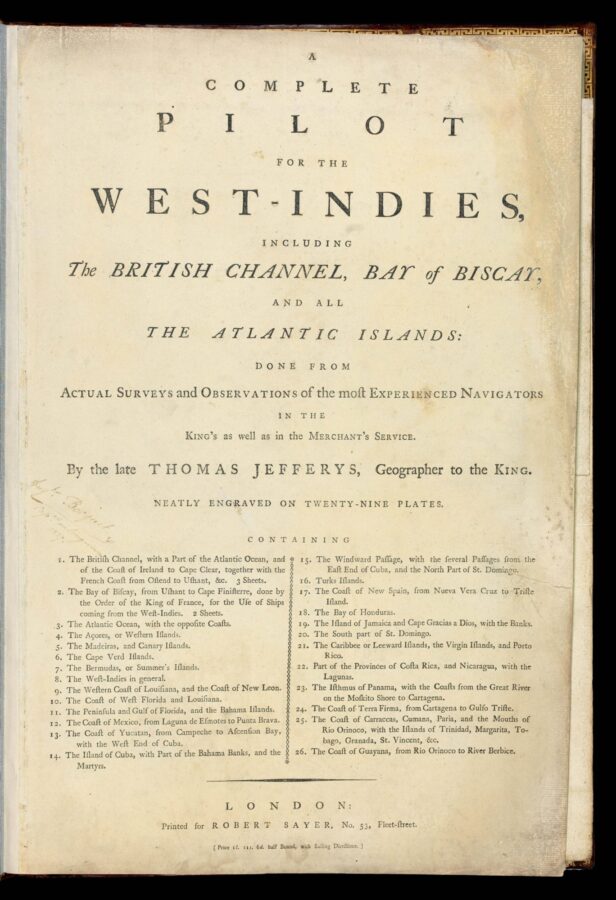 A Compleat Pilot for the West-Indies…

The atlas, first published in 1778, was designed to aid the highly lucrative sugar trade, which by this point accounted for around one-fifth of all imports to Europe, eighty percent of which was supplied by French and British colonies in the West Indies. Unfortunately, Europe’s insatiable desire for sugar drove a viler – although no less lucrative – trade: that of the trafficking of slaves from the west coast of Africa to the Caribbean plantations. It is estimated that by the time the atlas was published, some 400,000 enslaved people were at work in the British Caribbean colonies.

Unfortunately, Thomas Jefferys would not live to see the publication of his ​‘West Indian Atlas’, and it was left to Robert Sayer who, in partnership with John Bennett, acquired his materials and published the atlas posthumously under Jefferys’ name. The work was evidently a commercial success as there were five subsequent editions under the Sayer and Bennett imprint. In 1794 an expanded and modified version with 61 plates was published under Sayer’s sole imprint. In the same year Laurie & Whittle acquired Sayer’s plates, and they published a further version with the same title page, but with their imprint.

The present atlas, is titled ​‘A Complete Pilot of the West Indies’. This form of the work, containing just the charts, was first issued in 1778, as the ​‘Neptune Occidental: A Compleat for the West Indies’. In the current work, the title has been reset, bears Sayer’s imprint alone, and should be dated to around 1792, just before he was to sell the plates to Laurie and Whittle. 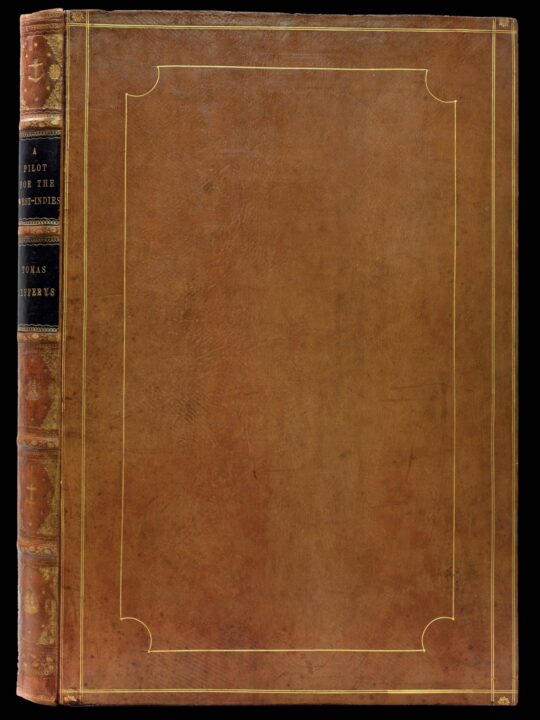 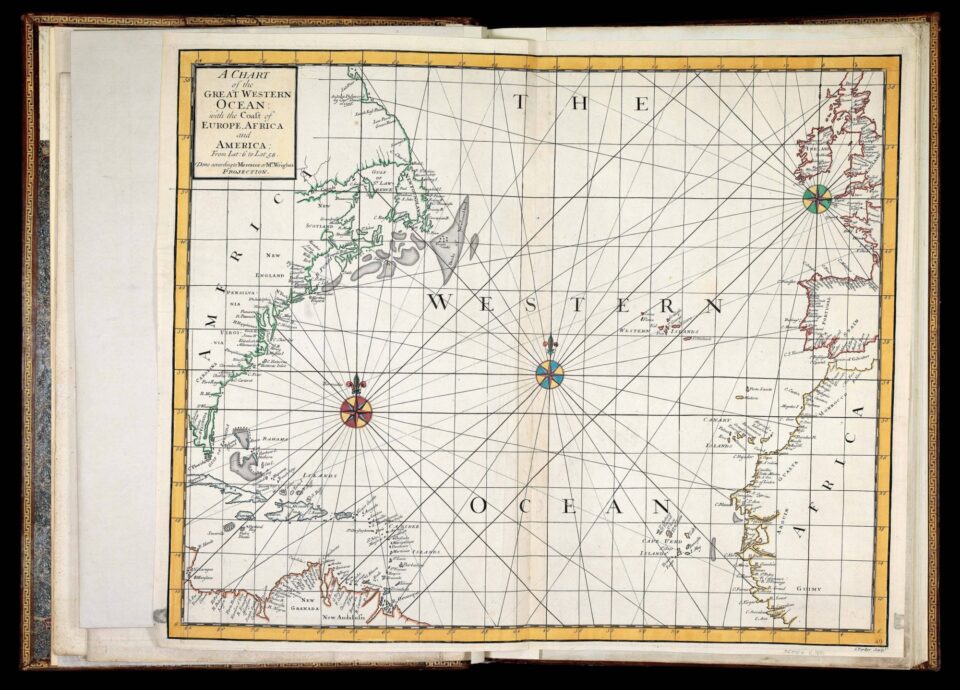