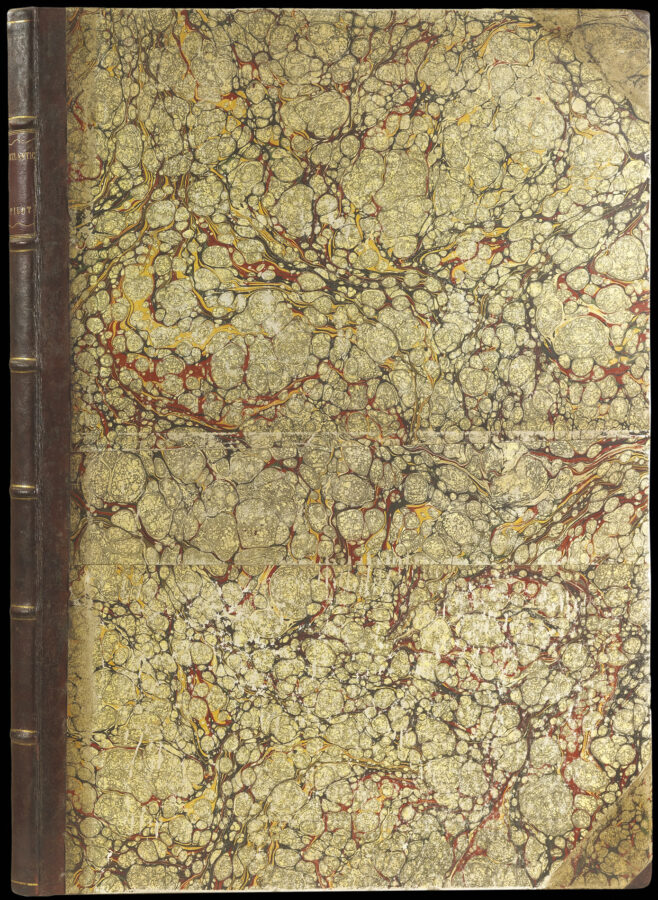 The Atlantic Pilot, Including the British Channel, Bay of Biscay, and all the Atlantic Islands; with the Gulf and windward Passages, and Old Channel of Bahama. By Capt. Bishop, John Stephenson, and other Navigators. On Eighteen Plates.

The atlas comprises 12 charts. Of these, charts 3,4,5,6,7, and 11 were first issued by Sayer in Thomas Jefferys’ ​‘West India Atlas’ first published in 1775; chart 2 was issued in Jefferys’ Neptune Occidental; and chart 1 in Sayer’s Channel Pilot.

Three of the remaining charts are of particular interest and rarity: the first two, one detailing the waters between Florida and Cuba, and the other a more detailed chart of the waters between the northern coast of Cuba and the Bahamas, are by Captain Robert Bishop. Little is known about Captain Bishop, although he states in the key to his chart of the Bahama channel that he was on board HMS ​‘Alarm’, a 32-gun Niger-class frigate of the Royal Navy, during its tour of the Caribbean of 1758–60. It was during this time that Bishop set about drawing the charts. Upon his return to London he decided to issue them himself, as can be seen by the imprint on the British Library examples: ​“Publish’d by the Author May 20, 1761. According to the Act of Parliament, and sold at the Jamaica Coffee House in St. Michaels Alley Cornhill, London”. The BL examples also bear the imprint of Laurie and Whittle May 12th 1794, as do the only other recorded copies: those in the Spanish National Library and the Richter Library at the University of Miami. The current map, as well as an example in a private collection in Tampa, Florida of which we have been made aware, have Bishop’s name, and both imprints removed.

Careful comparison with the example in the Richter library reveals that the title cartouche on that map is a completely different engraving from both the present map and the map in Tampa. There are other subtle differences between the maps that suggest that they were not printed from the same plate. Further, Emmanuel Bowen’s name is not present as the engraver of the chart on the present example, whereas it is on the Richter copy. Furthermore, whilst the paper used for the Richter library is the same Auvergne paper as our example, and bears the same watermark of a coronet over a fleur-de-lys, our map also bears the French revolutionary watermarked date ​“VI” for 1794.

The above information suggests the following tentative conclusions:

1. There was an original 1761 edition of the map (and possibly ​‘The Atlantic Pilot’ — the atlas) engraved by Emmanuel Bowen and published by Bishop. No known extant example.

2. There was an edition of the atlas published by Robert Sayer (for which our atlas has the contents leaf): again, no known extant example.

A plausible explanation for this might run along the following lines: Bishop published his own suite of charts (not necessarily an atlas) in 1761. Robert Sayer incorporated these charts into his ​“Atlantic Pilot”, the plates for which were inherited by Laurie and Whittle along with Robert Sayer’s business, but the charts were starting to wear. At some point in 1794, Laurie and Whittle commissioned a re-engraving of the plate by a new engraver, who removed Bowen’s name, but did not insert his own.

The third chart details the Leeward Islands and is by a Captain Holland. This is most probably Samuel Holland (1728–1801), the first Surveyor General of British North America. Although his output was prolific, drawing many important charts and maps for both Jefferys’ ​‘North American Pilot’ and the ​‘American Atlas’, we are unable to trace any institutional examples of this chart. 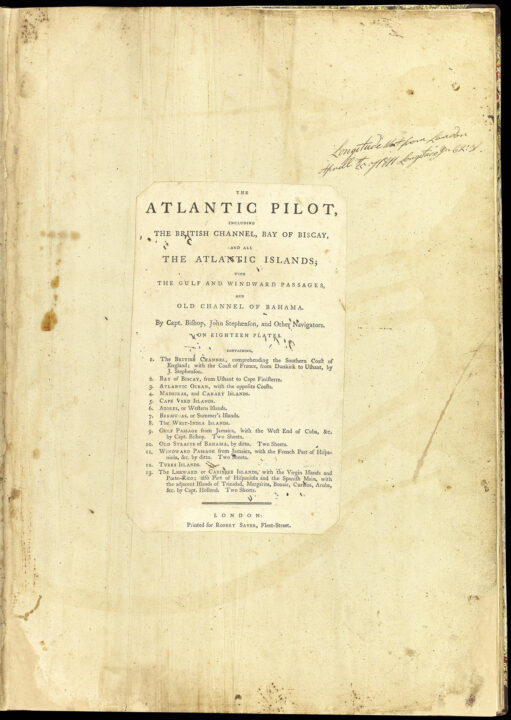 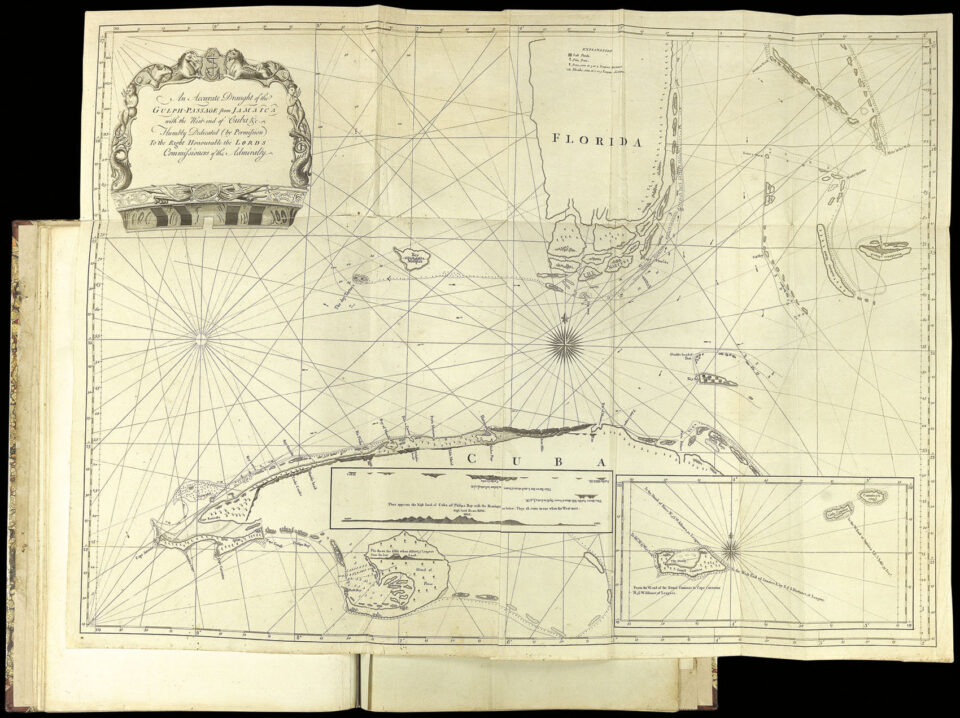 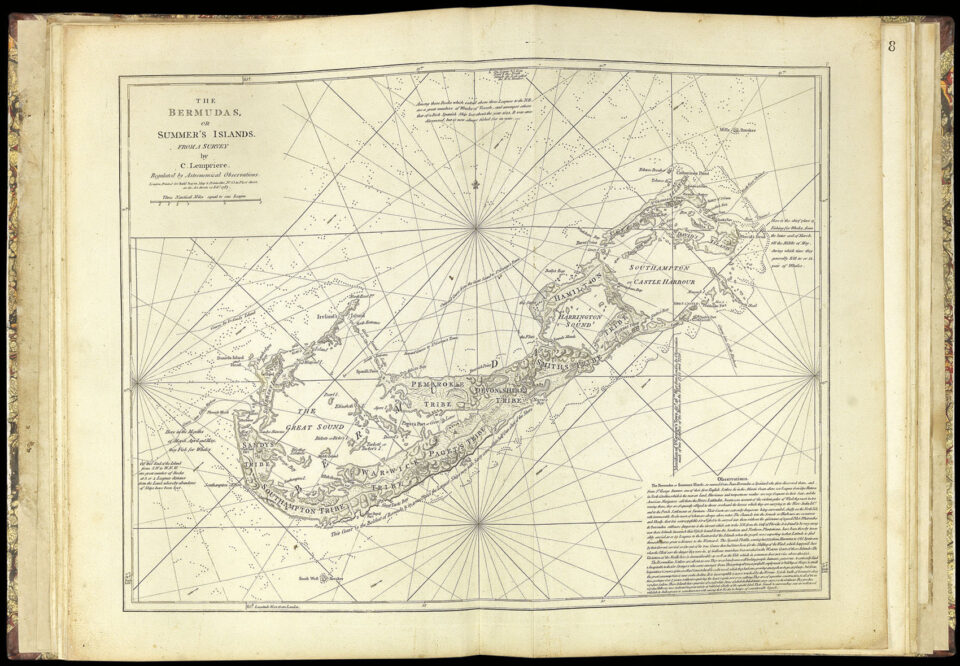