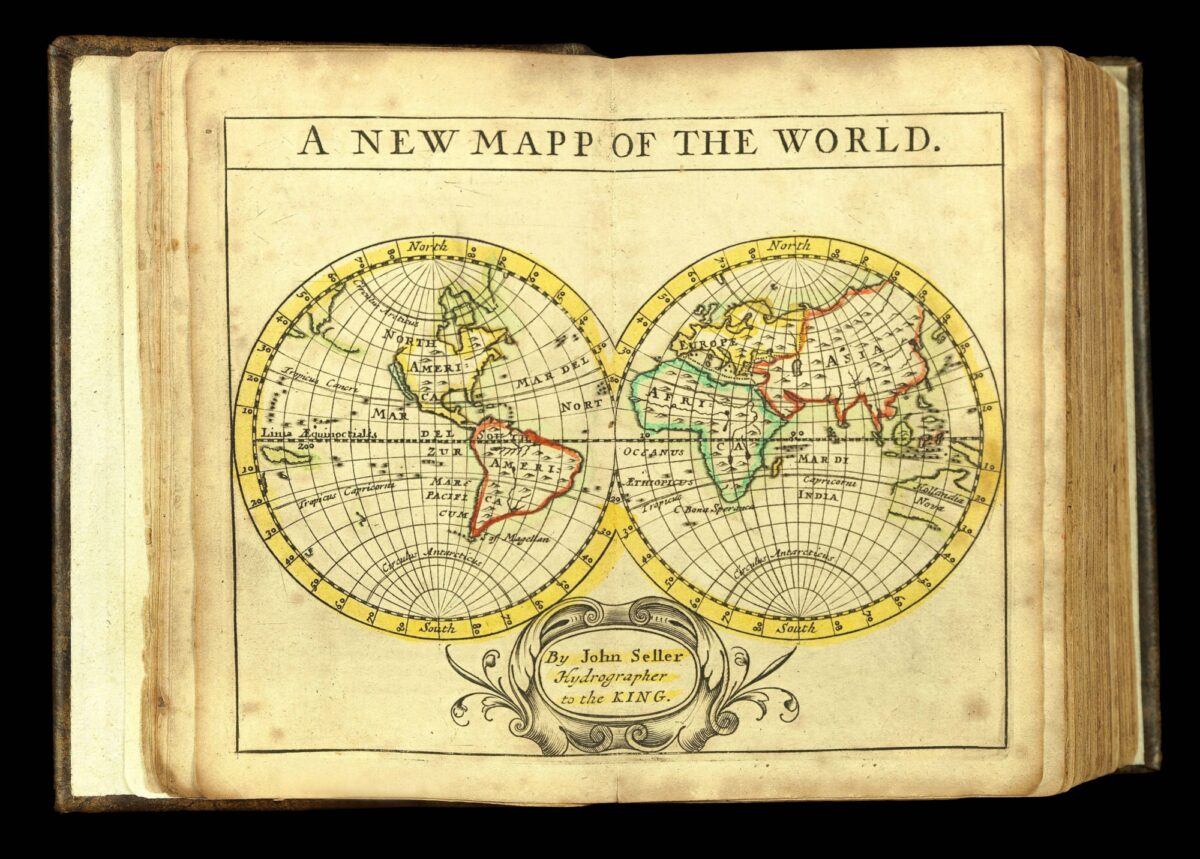 Atlas Terrestris: or a Book of Mapps of all the Empires, Monarchies, Kingdoms, Regions, Dominions, Principalities, and Countreys in the whole World. Accommodated With a Brief Description of the Nature and Quality of each particular Countrey.

An attractive example of Seller’s miniature atlas. Despite the diminutive size of Seller’s pocket atlases, they were among the earliest ​‘English’ world atlases — that is to say atlases based upon an English model rather than being printed from continental plates, as in the folio atlases of Ortelius, and Mercator, or, as was the case with Speed’s ​‘Prospect’ and Blome’s ​‘Geographical Description’, closely copied from continental examples.

Due to Seller’s overly ambitious atlas-publishing projects which led to his bankruptcy in 1677 and again in 1680–1681, much of his later output would revolve around the publication of such pocket atlases, many of which were based upon his folio output. The first to be miniaturized was his ​‘Atlas Maritimus’ in 1682, with the ​‘Atlas Terrestris’ appearing a few years later.

The present example can be dated to around 1700 and contains maps of North and South America, Europe, Asia, and America, together with several world and polar maps. The atlas also includes numerous prospects of central European cities, the various idols worshiped by the Chinese, and a plate detailing ​‘The Several Postures of the Turks at their Devotions’.

Much of Seller’s output was composite in nature and the present atlas is no different. The suite of 121 maps and plates contained in this atlas is one of the the largest we have been able to trace. An example in the British Library contains 118 maps and plates.

There are eleven maps of Asia and the Middle-east, including ​“Tartaria” which shows Corea

1. Maps and plate of Scales numbered throughout and annotated profusely on the verso in an 18th-century hand 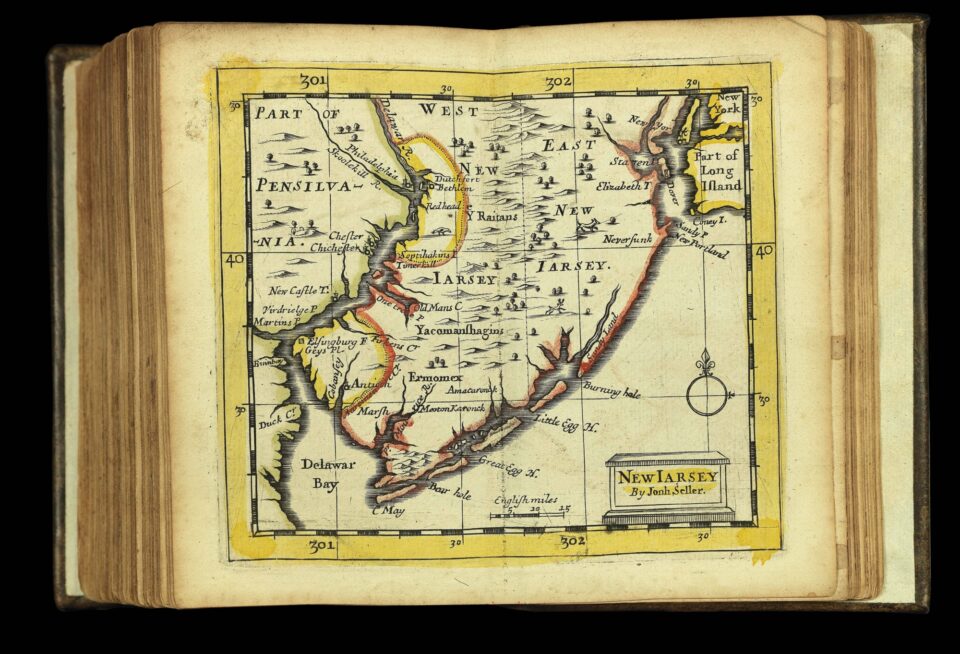 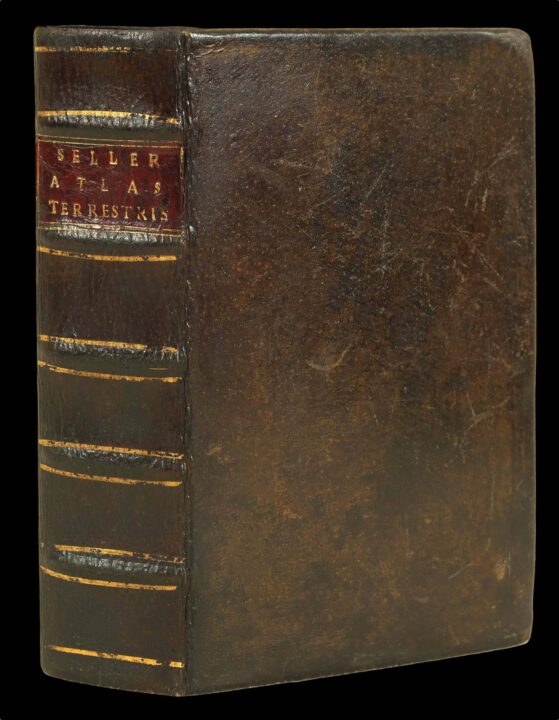 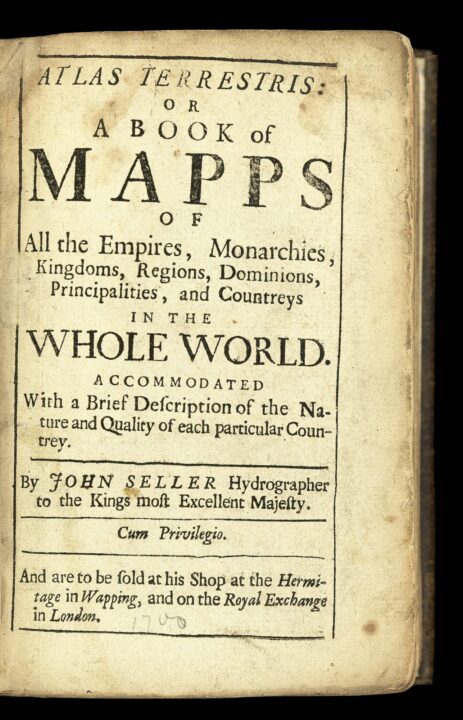 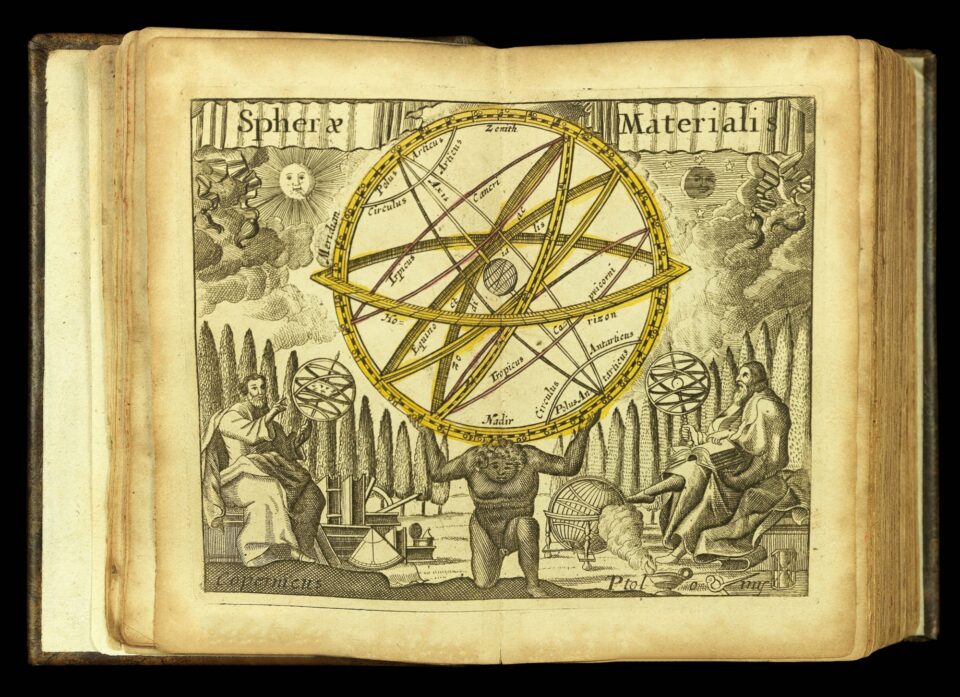 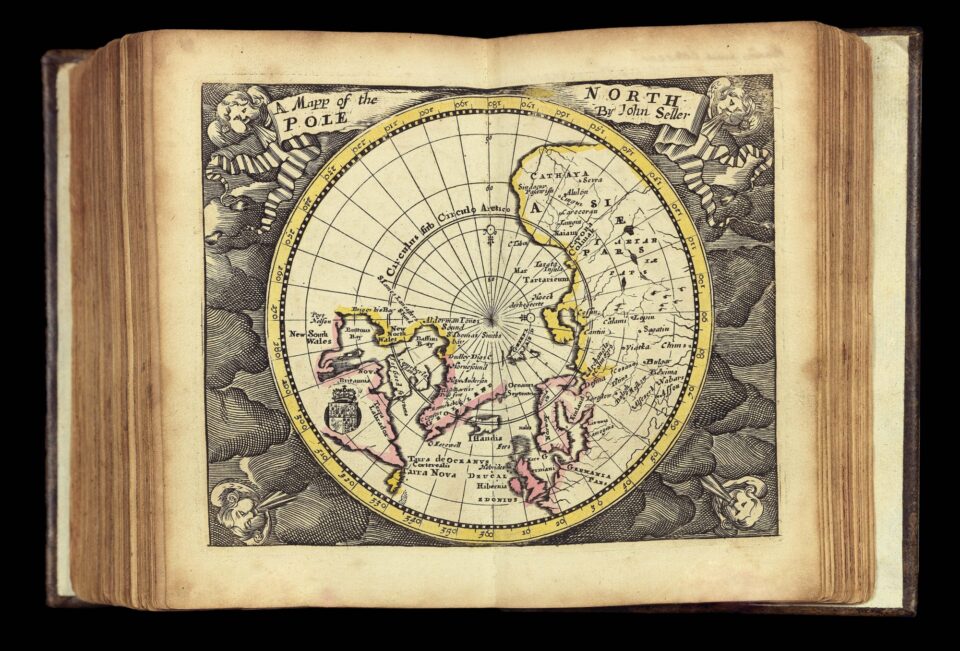 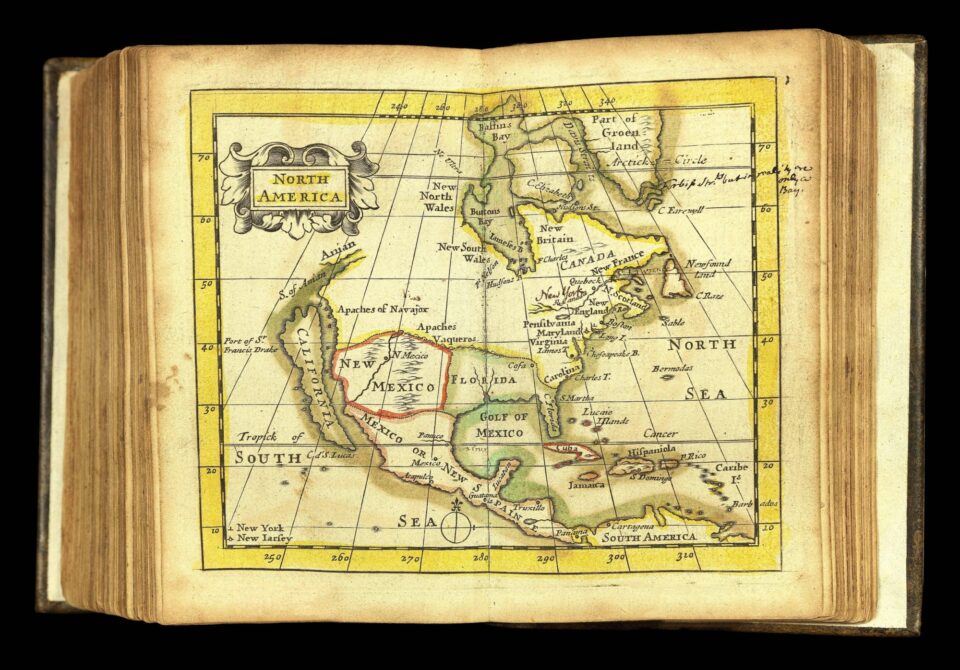 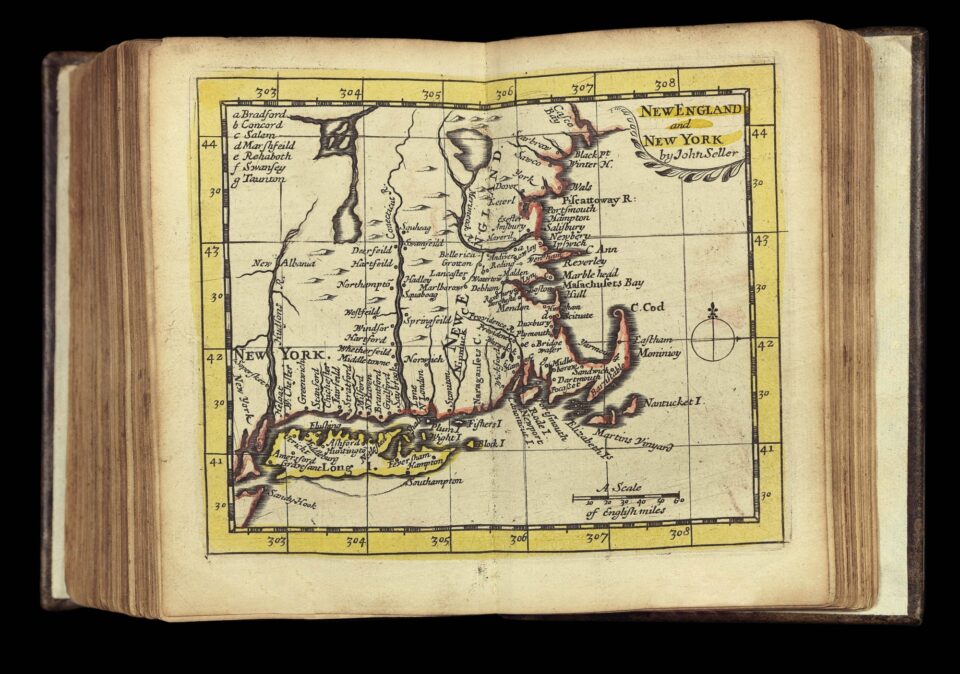 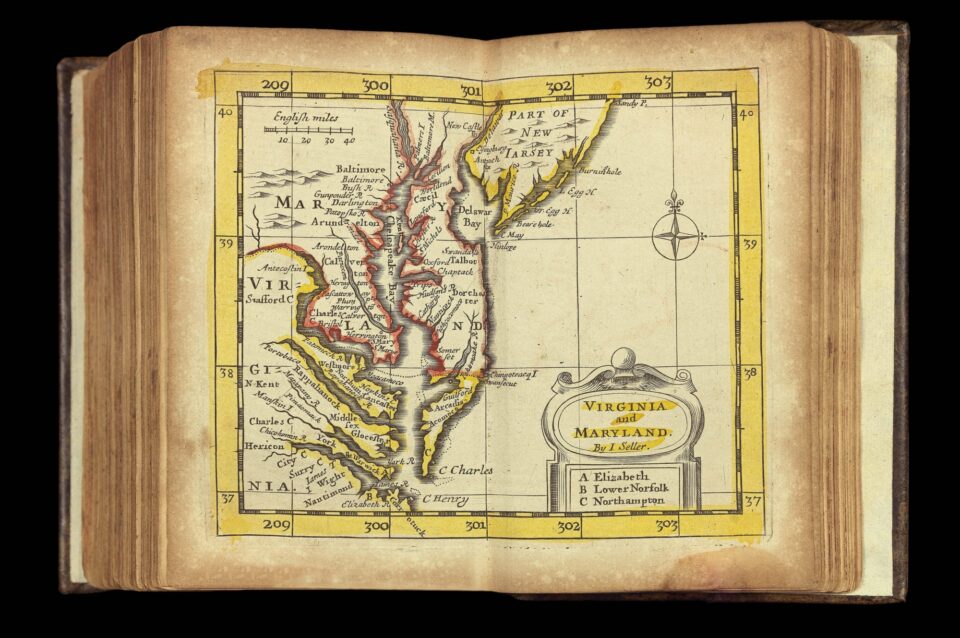 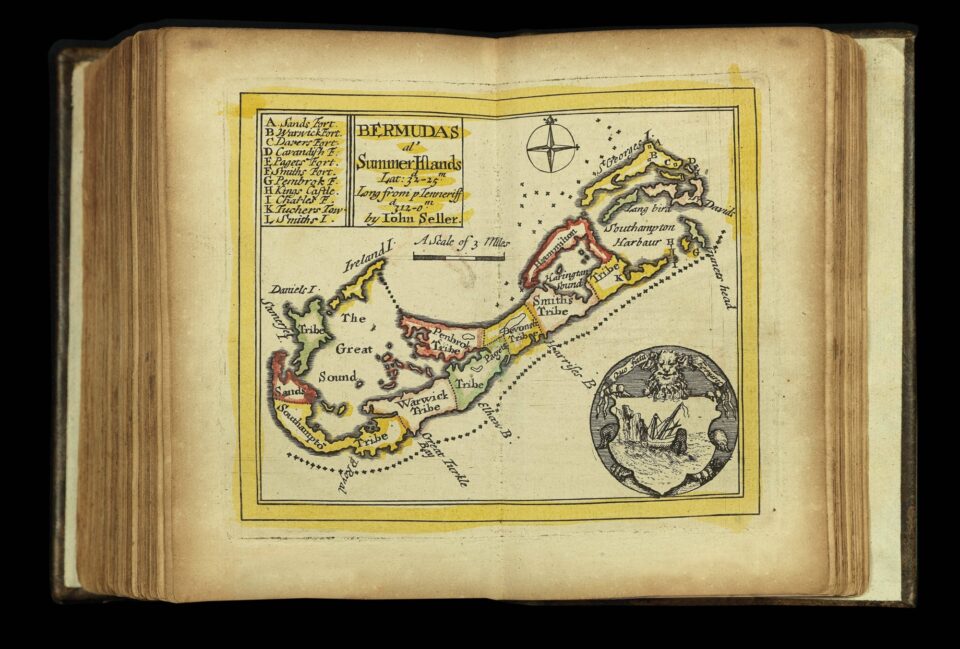