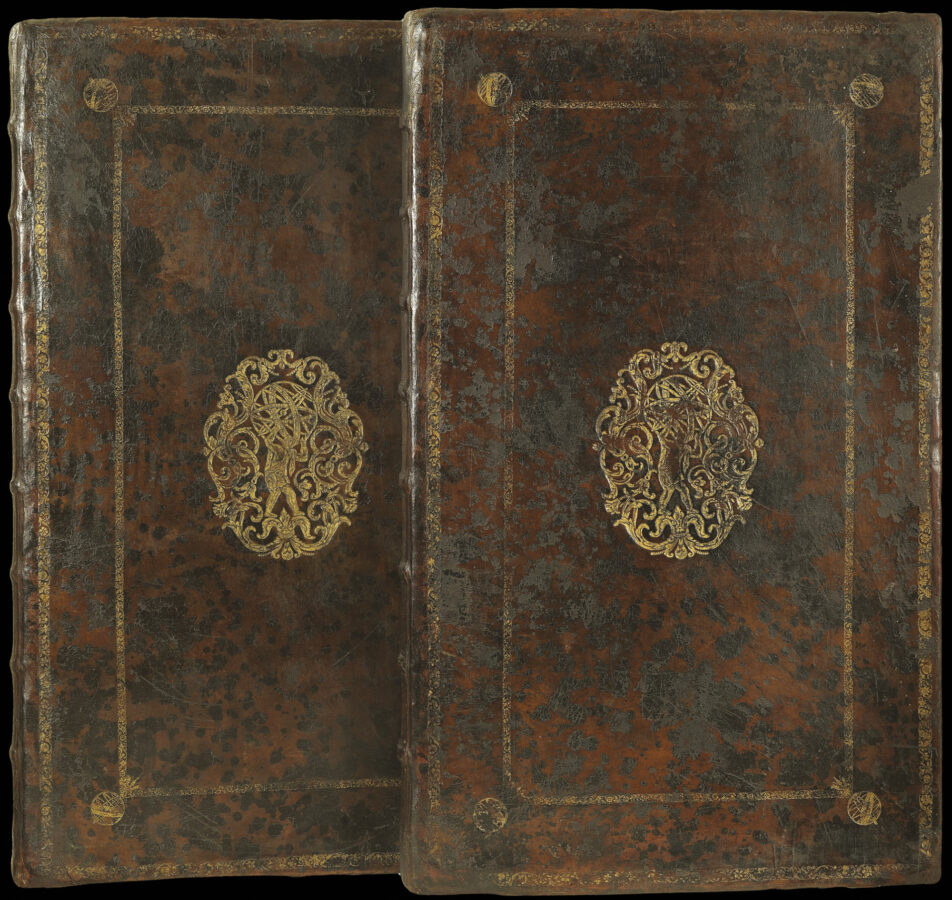 Johannes van Keulen established himself in Amsterdam in 1678 and, in 1680, he obtained a privilege from the States General of Holland and West Friesland allowing him to print and publish maritime atlases and shipping guides. This privilege, which protected against the illegal copying of printed material, was especially important for the cartographer’s atlases, which were produced with extensive initial costs. Van Keulen named his firm ​‘In de Gekroonde Lootsman’ (‘In the Crowned Pilot’), and began collaborating with cartographers Claes Jansz. Vooght and Johannes van Luyken. The firm would go on to become one of the most successful publishing firms in Amsterdam; and produce ​“the largest and finest marine atlases in Holland” (Koeman).

The first publication issued by Johannes van Keulen was his ​‘Zee Atlas’, which contained about 40 charts. In the following year the number of charts would increase with the publication of his Sea Pilot the ​‘Zee-Fakkel’, and by 1683 a sea atlas of 116 charts could be produced. By 1695 the ​‘Zee Atlas’ under the direction of Johannes van Keulen, would reach its apogee with the issuing of an atlas containing 160 charts.

A new impetus to the chartmaking business came when Johannes’ son Gerard took over in 1704. Not only did he increase the number of charts in the Zee-Atlas (185 by 1709) he also published it in a definitive form; by renumbering many of the plates in consecutive order and by dividing the atlas into five parts, to mirror the five books of the ​‘Zee Fakkel’.

The current example, issued by Gerard in 1706, contains some 175 charts, coastal profiles, and plates, and is one of the largest sea atlases ever compiled by the van Keulen firm. The contents of the atlas can be seen as an intermediate between that of the Koeman Keu 20B (dated 1695 and containing 160 charts) and Keu 28 (dated 1709 and containing 185 charts), with which the present atlas shares 110 and 135 of the same charts, respectively.

The layout of the atlas is somewhat a work in progress, with Gerard van Keulen opting to use large two-sheet charts to divided the atlas into the five navigational books, rather than their respective allegorical frontispieces, which he would use to great effect in this edition of 1709.

All of the 19 two-sheet maps which Gerard employs in the atlas are rare, however, two are of particular note: the ​‘West Indische Paskaert’ (present in the atlas in two examples) and the ​‘Oost Idien’. The ​‘Paskaert’, was first issued by Willem Blaeu in c.1630 and was of landmark importance as being the first ​“sea chart depicting North America on the Mercator projection” (Burden). Gerard utilizes the chart here as the general chart for both the North American, and the South American and African sections. The ​‘Oost Idien’ or chart of the East Indies is a particular rarity. It was first published by Pieter Goos in c.1660, and extends from the Cape of Good Hope to the Japan; Schilder notes that ​“this map contains a complete survey of Dutch expansion in the East Indies and takes into account Tasman’s two voyages of exploration”. 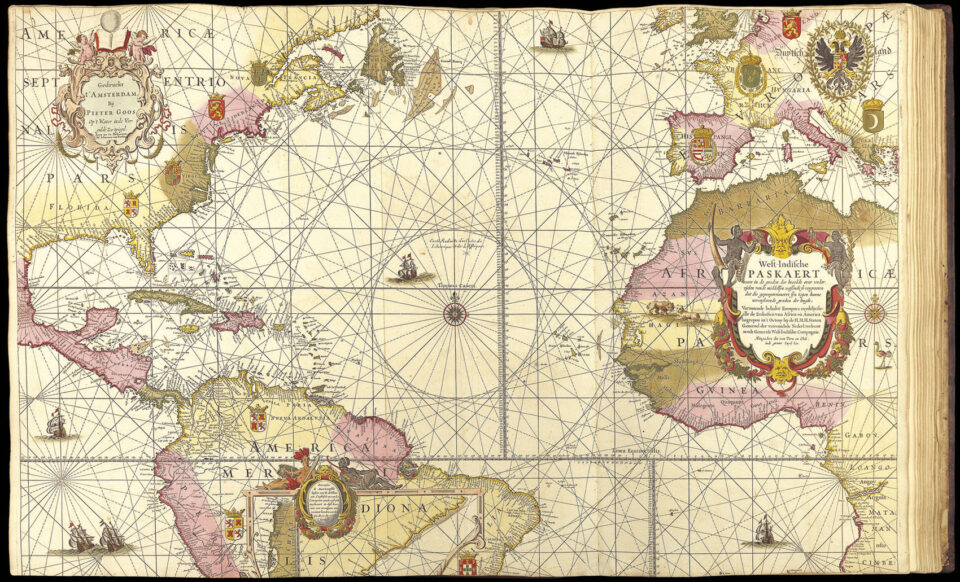 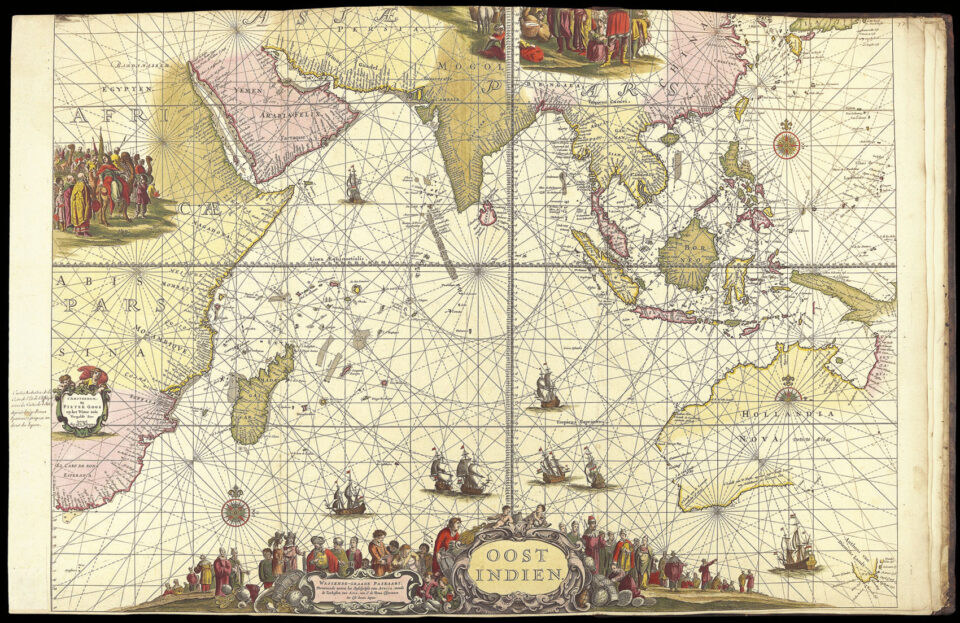 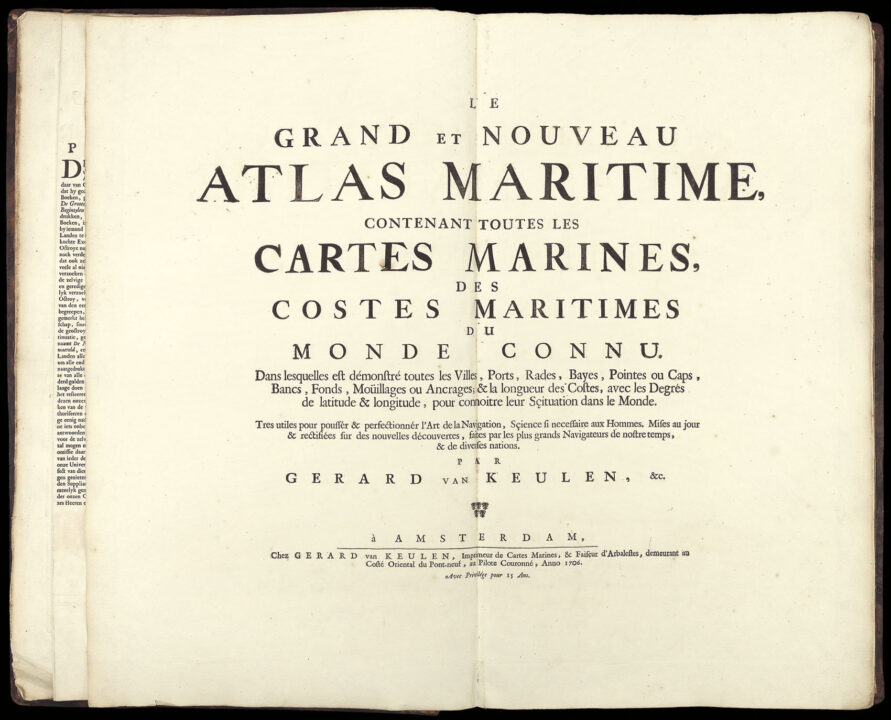 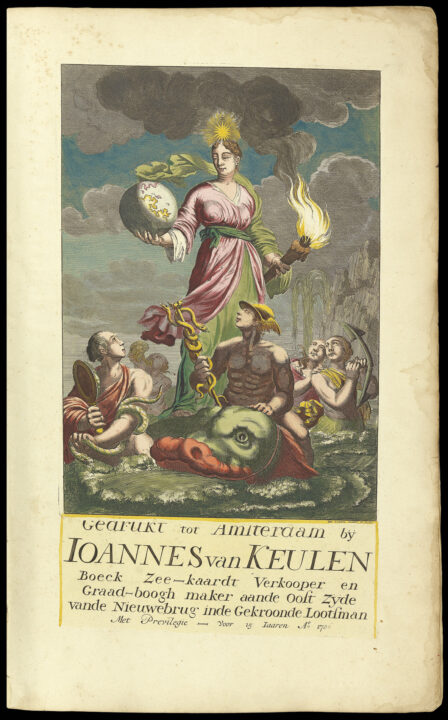 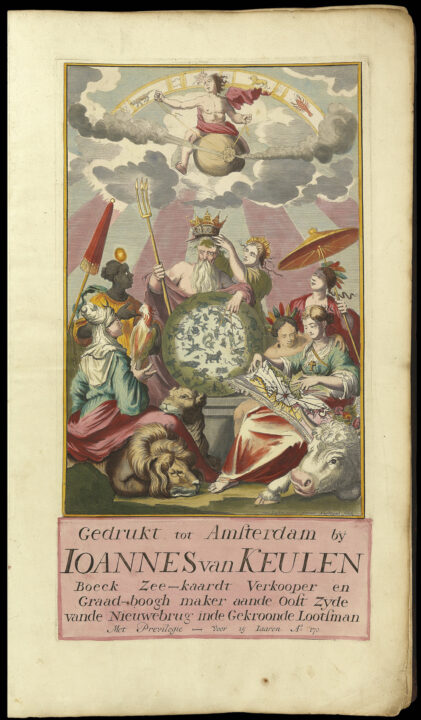 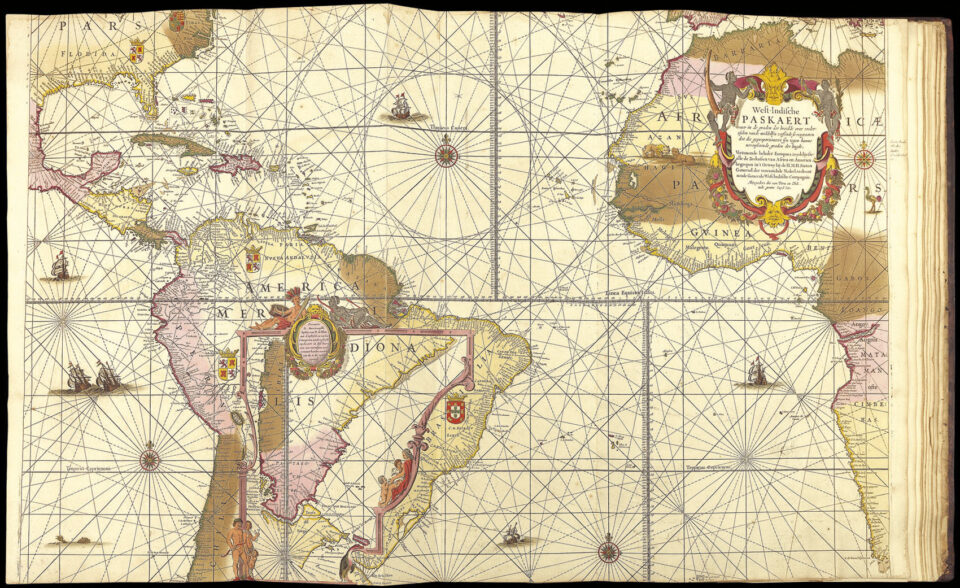