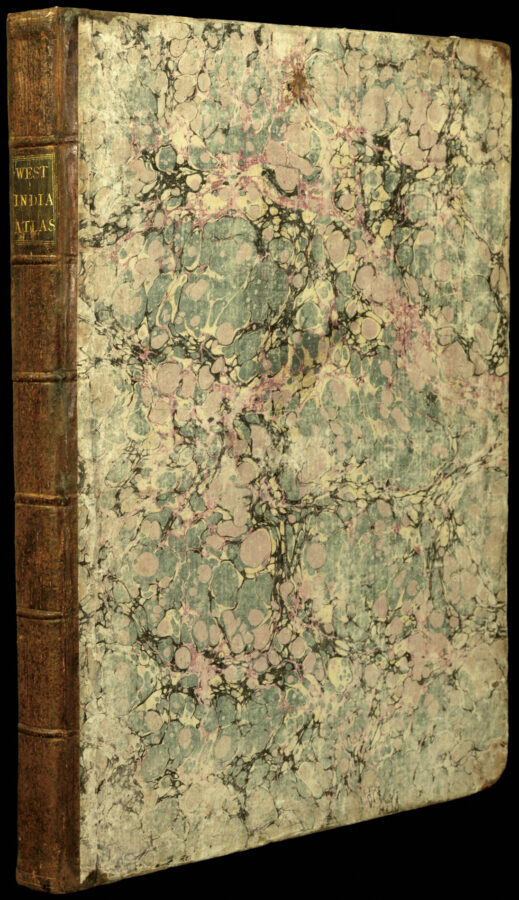 The West India Atlas or, A Compendious Description of the West-Indies; Illustrated with Forty Correct Charts and Maps, Taken from Actual Surveys. Together with An Account of the Several Countries and Islands which compose that part of the World: Their discovery, situation, extent, boundaries, product, trade, inhabitants, strength, government, religion &c. By the Late Thomas Jefferys, Geographer to the King.

The atlas, first published in 1778, was designed to aid the highly lucrative sugar trade, which by this point accounted for around one-fifth of all imports to Europe, eighty percent of which was supplied by French and British colonies in the West Indies. Unfortunately, Europe’s insatiable desire for sugar drove a viler – although no less lucrative – trade: that of the trafficking of slaves from the west coast of Africa to the Caribbean plantations. It is estimated that by the time the atlas was published, some 400,000 enslaved people were at work in the British Caribbean colonies.

The introduction to the atlas gives details of its genesis (“This work unites the Atlas and pilot for the West-Indies, shewing both the Geographic and Hydrographic parts”), as well as notes on the sources of the individual maps. This is then followed by 23 pages of text on the West Indies, the Islands, and the industries that they support, including an early polemic against the slave trade. The charts themselves are divided into three parts. The first part, which contains six charts, is designed to give information to a navigator wishing to sail from England to the West Indies, starting with a map of the English Channel, then a general Atlantic chart, followed by more detailed charts of the Azores, the Canaries, the Cape Verde Islands, and Bermuda. The second section is made up of an index map of the West Indies, followed by 16 detailed charts that could be joined to form a single large chart detailing the Caribbean and the Gulf of Mexico. The third section contains 17 maps of individual islands or island groups.

Unfortunately, Thomas Jefferys would not live to see the publication of his ​‘West Indian Atlas’, and it was left to Robert Sayer who, in partnership with John Bennett, acquired his materials and published the atlas posthumously under Jefferys’ name. The work was evidently a commercial success as there were five subsequent editions under the Sayer and Bennett imprint. In 1794 an expanded and modified version with 61 plates was published under Sayer’s sole imprint. In the same year Laurie & Whittle acquired Sayer’s plates, and they published a further version with the same title page, but with their imprint.

The ownership inscription of ​“Friderich Christian”, is possibly that of Frederik Christian Moth who was ​“Governor of the Royal Dutch Colonies” from 1770–1772. 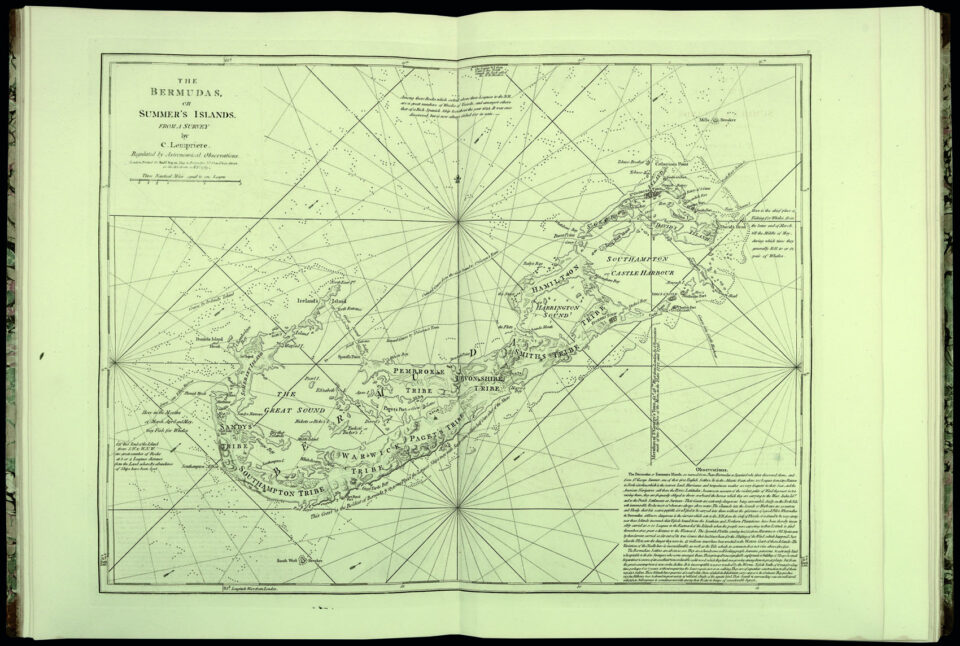 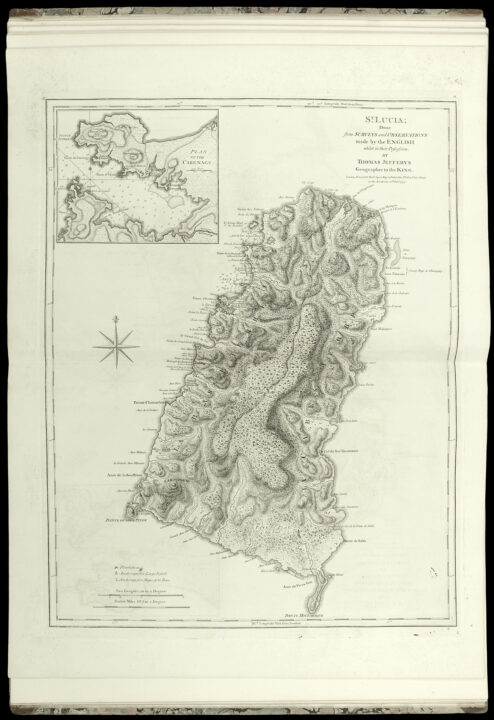 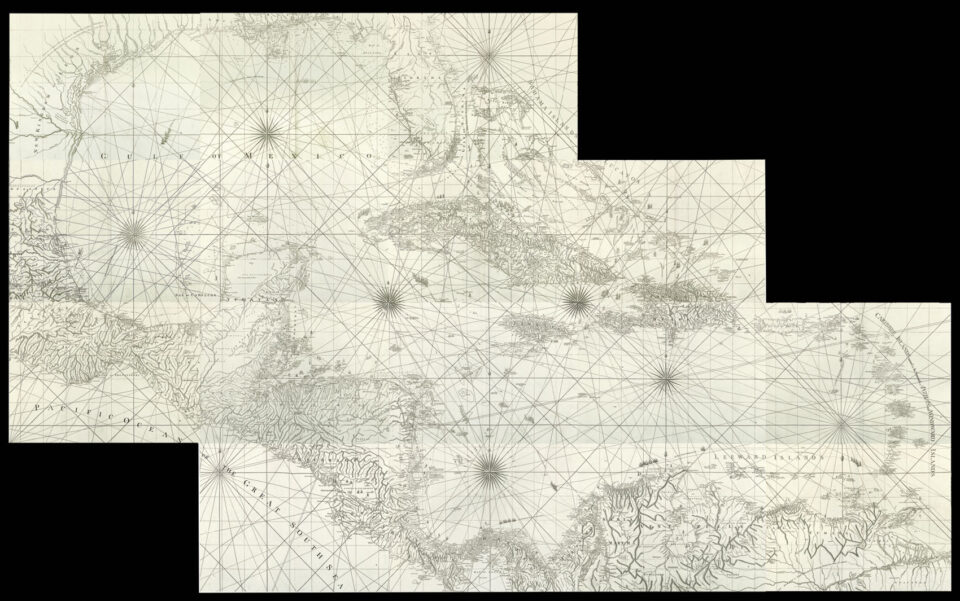