Atlas maritimus & commercialis or; a General View of the World So far as relates to Trade and Navigation.

The proposal for a commercial sea atlas was first muted in 1719. However, the project took longer than expected and an atlas was not published until 1728. The author of the text is anonymous, although Daniel Defoe is thought to have contributed to it, and Halley, the Astronomer-Royal, added a prefatory note discussing the use of the charts.

The atlas is formed of two parts. The first part describes the countries of the world and their tradable commodities: ​‘the Trade of the Moscovite Dominions’ have ​‘tar in prodigious quantities … Russia Leather, Deer, Bear, and Elk Skins’; whereas the west coast of Africa, ​‘the trade of [which] may be accounted for in very few articles’, produce many ​‘heads of gold’, ​‘Elephants Teeth, or Ivory’, and an estimated 100,000 slaves, who are regularly shipped to the plantations in the West Indies. The second part ​‘A General Coasting Pilot …’, by Nathaniel Cutler, gives detailed sailing directions, together with a set of 52 sea charts.

Due to the emphasis on the commercial, the atlas did not rival the standard maritime work of the day, ​‘The English Pilot’, which was published in five volumes. Unlike the ​‘Pilot’ it compressed global coverage into one book, as well as describing the south and west coasts of America, omitted by the former.

Although only one edition was published, copies vary. Early issues, such as the present example, contain ​‘A Chart of the Coast of Scotland’ (no. 4) on a globular projection, later replaced by ​‘A Chart describing the coast of Scotland’ designed to pair with the sheet covering England. The second issue added also a six-page contents section after the list of subscribers. 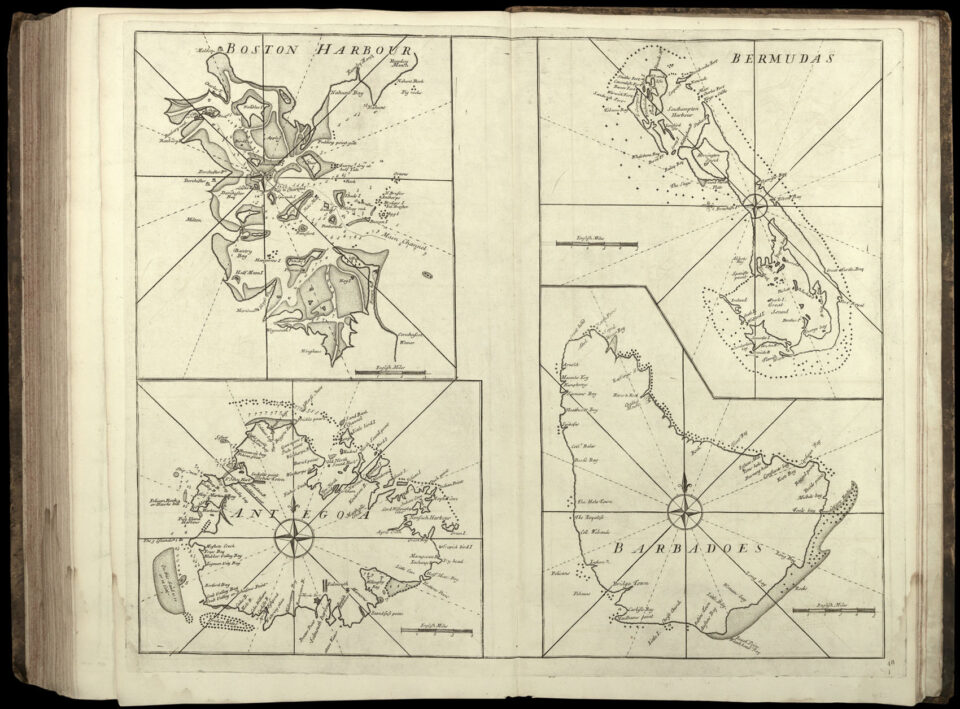 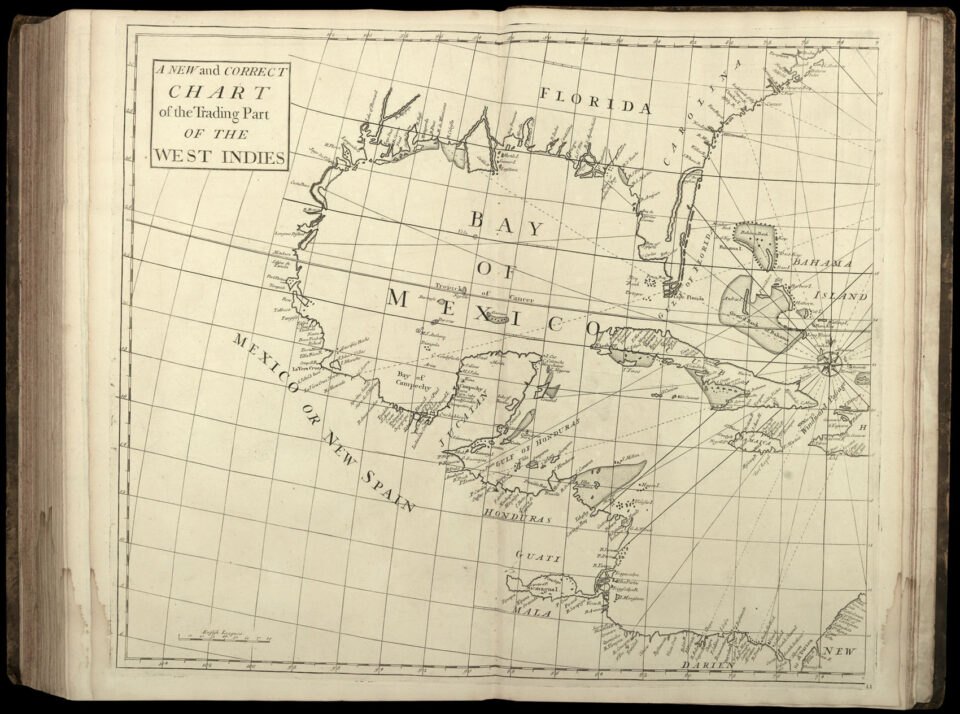 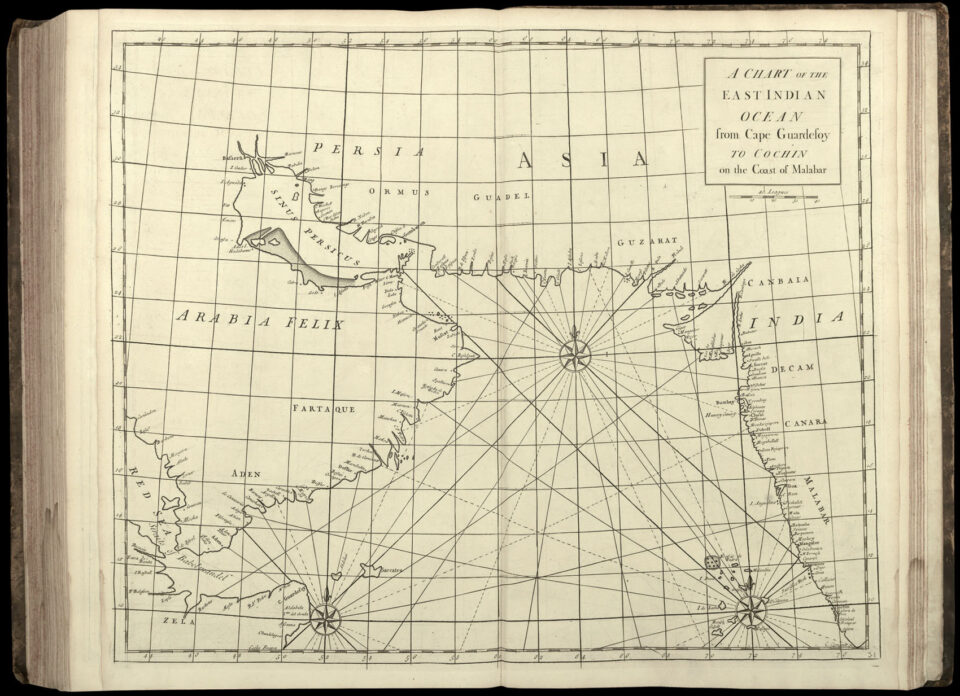