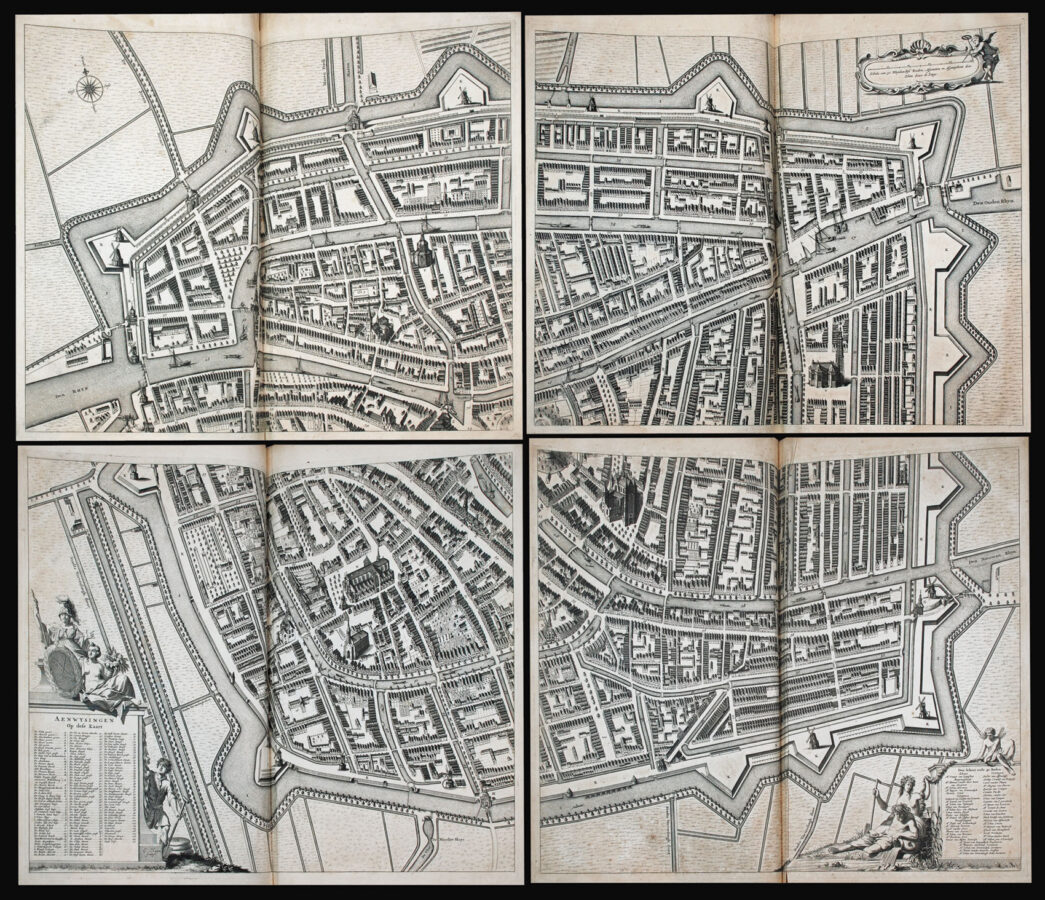 A fine composite atlas of maps and views of the city of Leiden, with Hagen’s famous wall-maps, both large and small and both complete. It incorporates Leiden’s administrative structure in beautiful, strong contemporary hand-colour.

Very interestingly, the atlas, compiled in the early 18th century, includes five separate versions of the small map: one complete with the title and the views, and four focusing only on the plan of the city, all four coloured by hand to make visible various aspects of the city. With some paper slips and other letterpress titles pasted on the engraved sheets, these four versions show: the extensions of the town, the Fire Brigade quarters, the division of the town in the eight companies of the citizen’s militia and the town quarters. The atlas gives therefore a unique insight in the organisation of the city at the turn of the century.

The volume also includes Reeds’ 1717 mapping of the siege of Leyden in 1573–74, as well as van der Aa’s issue of a map of part of Holland originally due to Visscher.
The detailed content of the atlas is available on request.

Born in Bremen ca. 1635, Christiaan van der Hagen worked as an engraver in Amsterdam from ca.1660 until his death in 1688. He is mostly remembered for these impressive wall-maps. 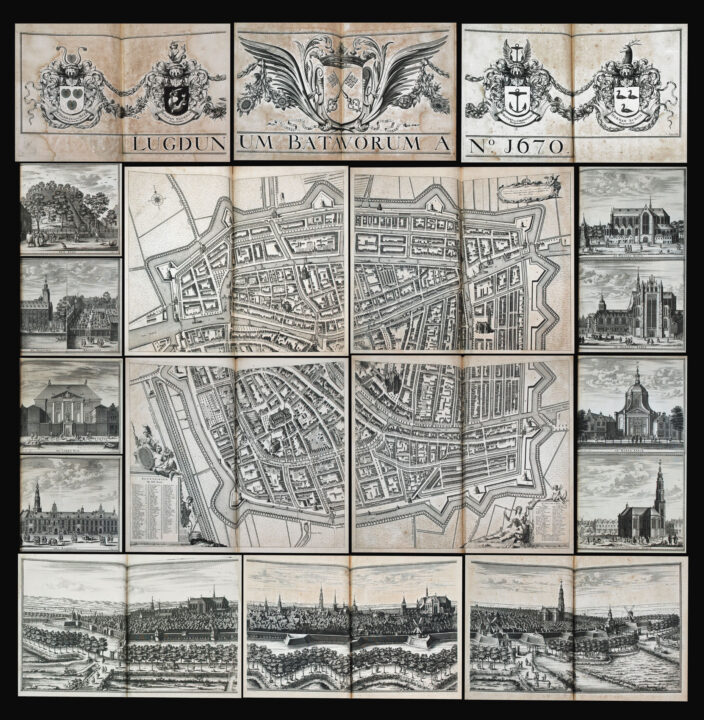 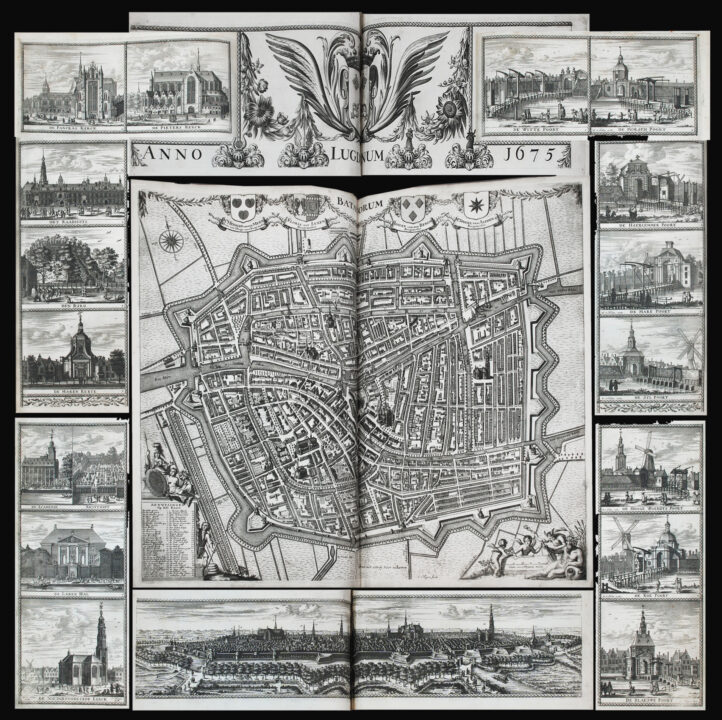 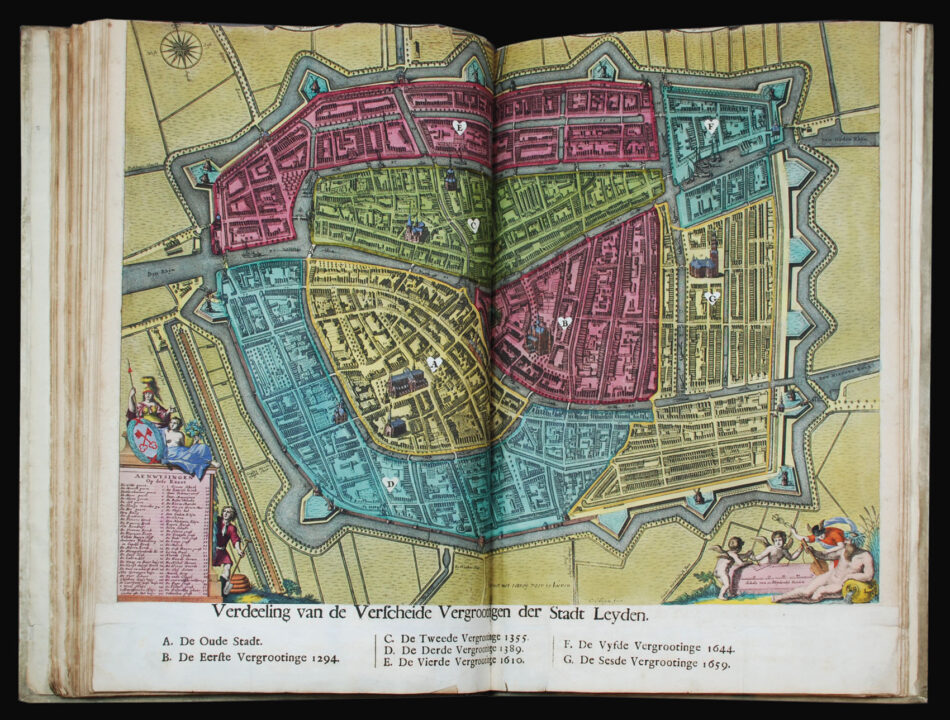 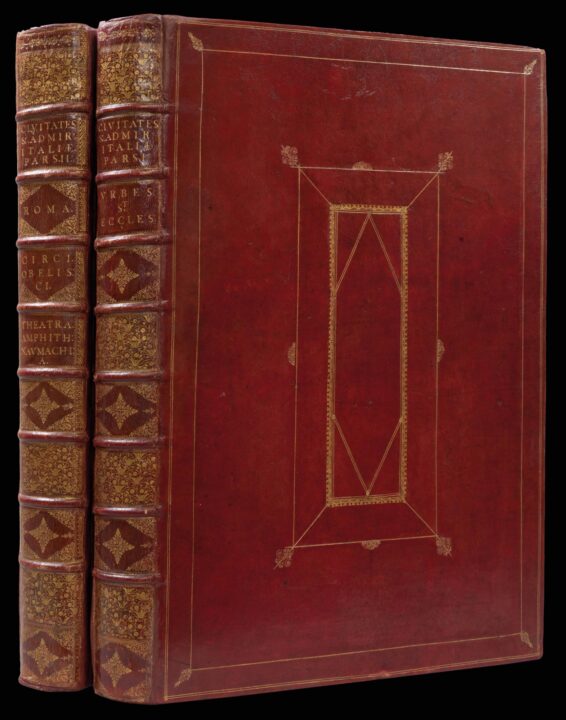