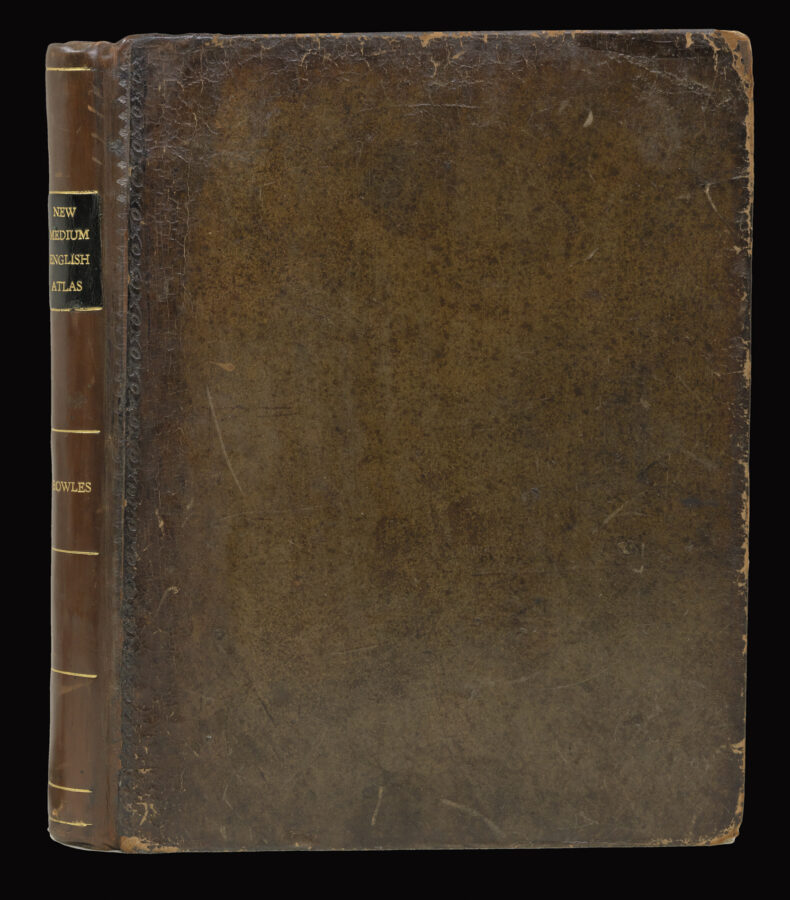 A fine atlas of England

Bowles’s New Medium English Atlas; or a Complete Set of Maps of the Counties of England and Wales…

The plates for this atlas were first published by Thomas Kitchin in his Atlas Anglicanus of 1767–1768, with the maps engraved by Emanuel and Thomas Bowen. The atlas went through one further edition before the plates were acquired by Carington Bowles in around 1784. The following year Bowles published the present work, with a new typographic title, and with the maps heavily revised. The title in the ornamental cartouche has been erased and been replaced by new wording and a simple circular frame; Kitchin’s imprint on all the maps has been erased, as have almost all the distances between towns, being replaced by distances from London to the main town; keys and symbols have been amended, as has some of the explanatory text. Lastly, all the maps bear plate numbers and bound in alphabetical order.

The maps are coloured by hundreds, and show towns, number of members of parliament, rectories, vicarages, and curacies, churches and chapels in ruins, post stages, charity schools, religious houses, water mills, towns’ distance from London, and market days; numerous legends give information on the county, and its principal towns and cities.

It is unknown why Bowles went to such great lengths to refurbish the plates, however, one explanation would be that the major competition within this sector of the atlas market was Ellis’s English Atlas, which Bowles owned part of with Robert Sayer; thus it was natural for Bowles to overhaul, and seek to promote the sale of an atlas obtainable only from himself. 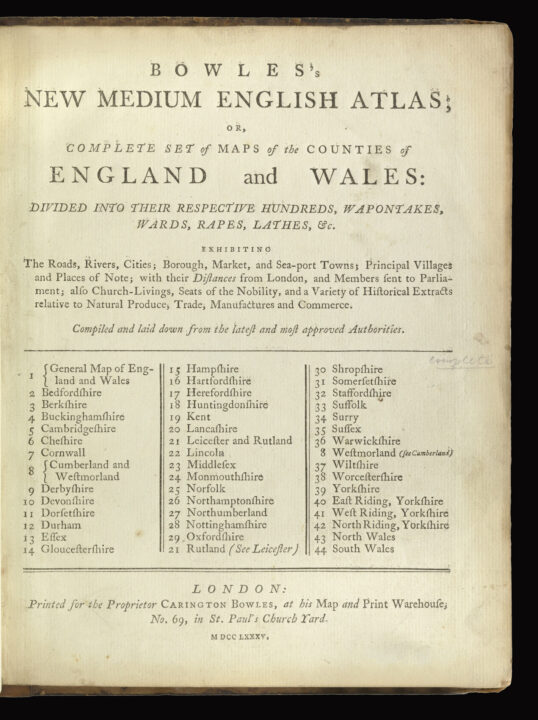 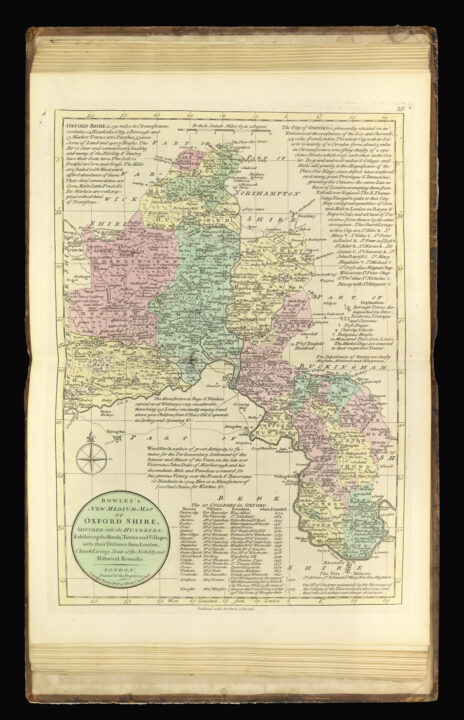