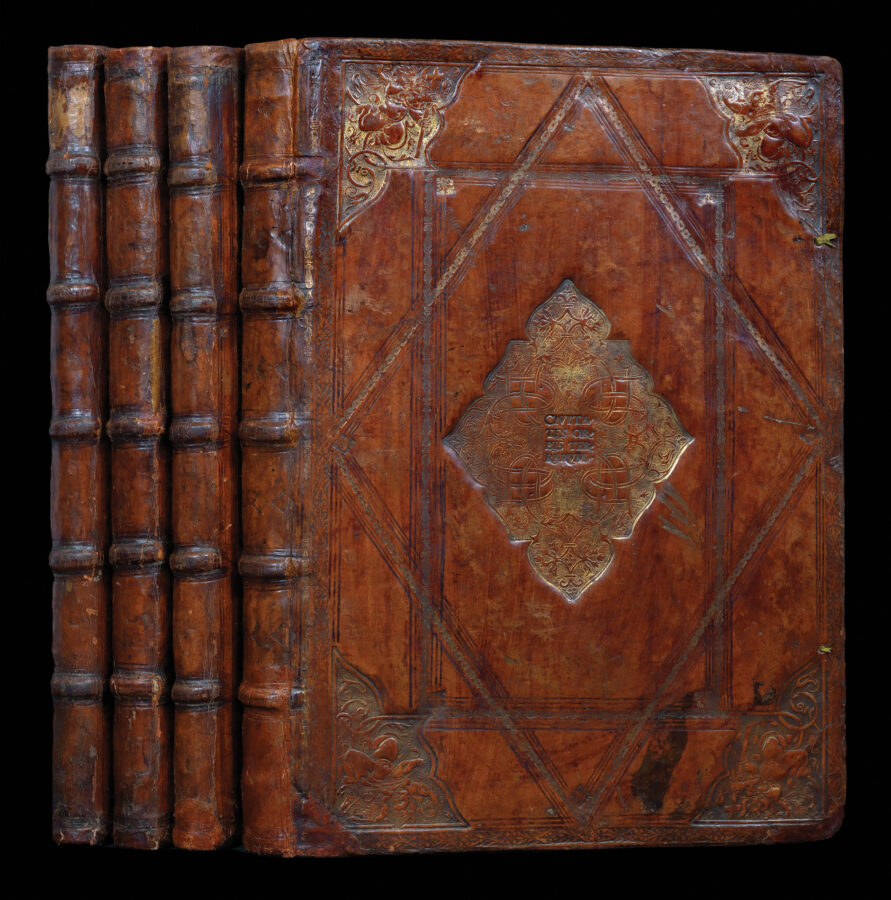 A celebration of the city state in a contemporary Plantijn binding

A fine copy of ​“the earliest systematic city atlas” (Koeman). The ​‘Civitates’ attempts to present, for the first time, an account of all the major settlements and cities of the world known to Europeans, using a combination of two-dimensional plans, three-dimensional views, and bird’s-eye perspectives. The subsequent atlas proved hugely popular with the new urban mercantile elite, who were hungry for information on foreign places. It was intended for the educated reader: far more copies survive in Latin than in the vernacular.

In order to obtain accurate representations of the cities illustrated in the ​‘Civitates’, Georg Braun (1541–1622), the canon of Cologne Cathedral, established a network of correspondents and artists across Europe who contributed to the project. These included Georg Hoefnagel, Heinrich Rantzau, Jacob van Deventer, and Abraham Ortelius. In fact, Hoefnagel and Ortelius were close friends, travelling extensively throughout Europe, and are often depicted in the foreground of the engraved views. The engravings were executed by Franz Hogenberg and Simon Novellanus. Hogenberg was a close friend of the greatest cartographers of the age, Gerard Mercator and Ortelius, and he was employed by Ortelius to engrave maps for his atlas ​‘Theatrum Orbis Terrarum’.

The plates are brought alive with their depiction of the individual citizens in the foreground, from the rich merchants of London, and the wild Cossacks of Moscow, to the refined townsfolk of Maastricht. However, Braun’s motives for adding figures to the views, went further: as stated in his introduction to the first book, he believed, perhaps optimistically, that his plans would not in consequence be scrutinized for military secrets by the Turks, as their religion forbade them from looking on representations of the human form. 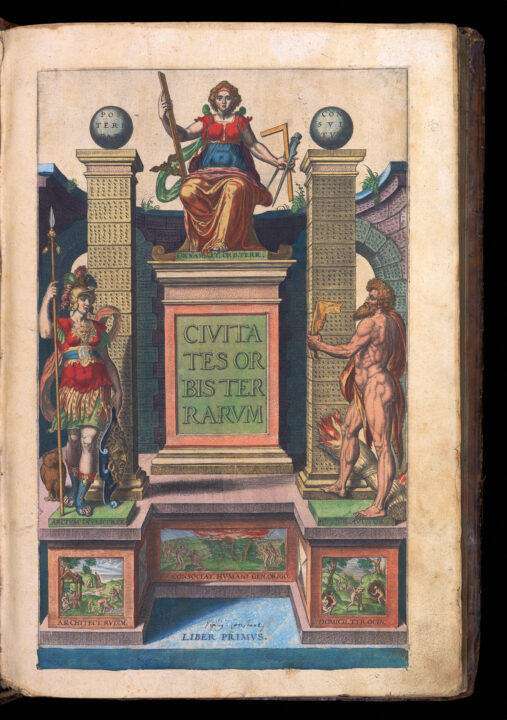 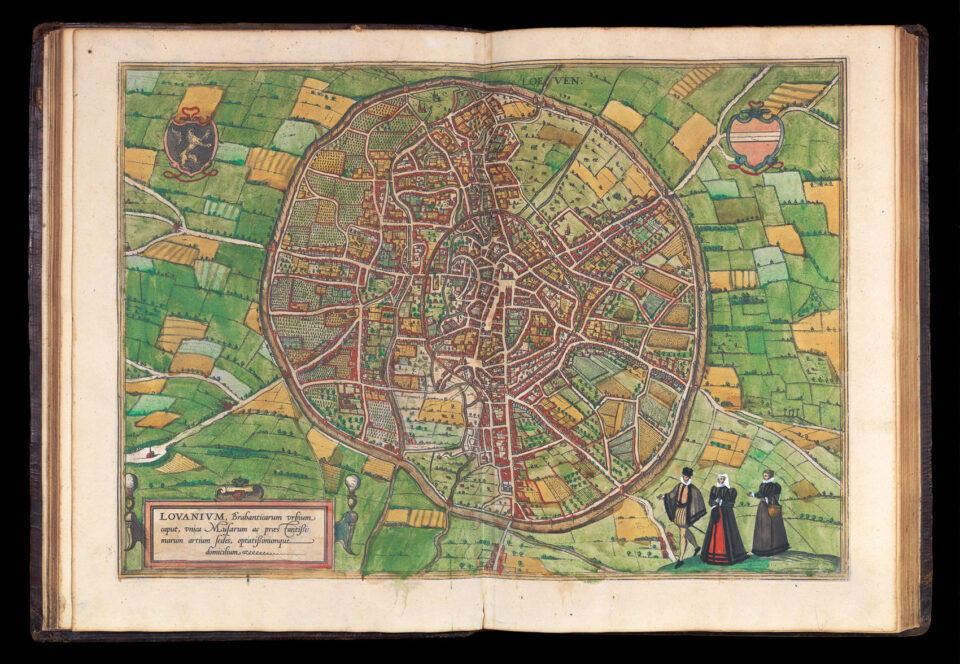 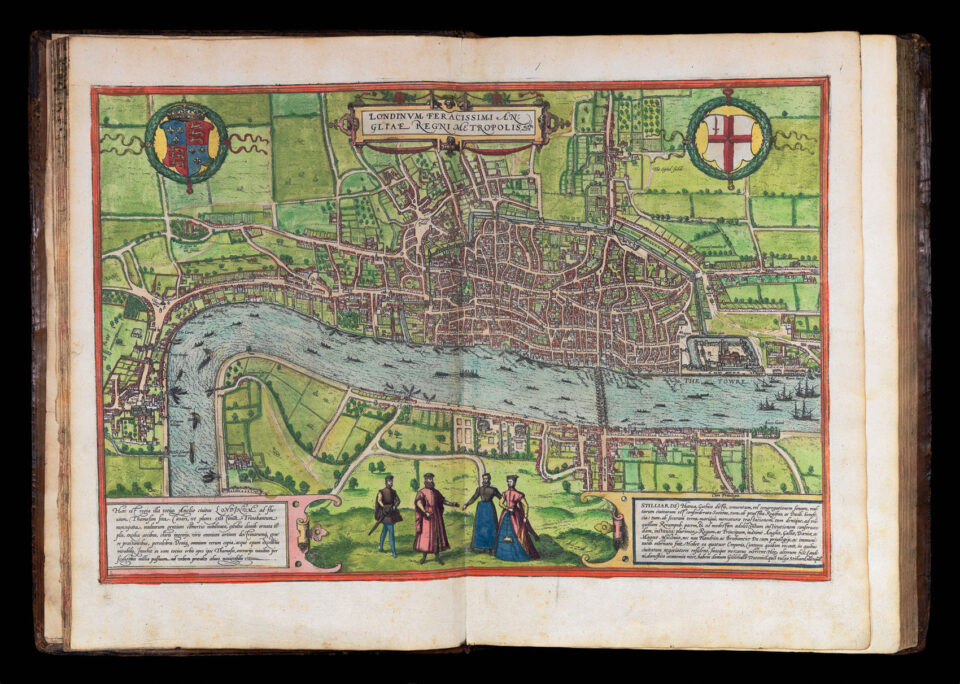